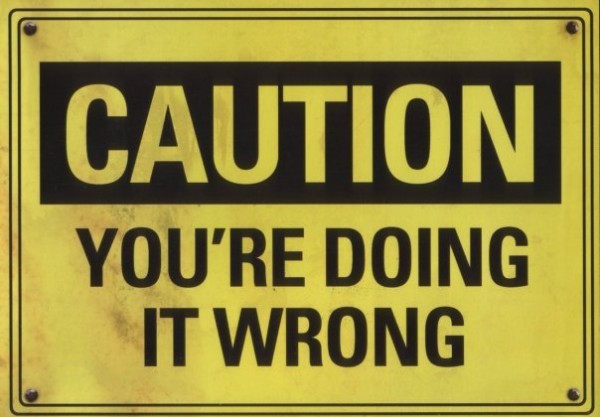 Houston’s Equal Rights Ordinance (HERO) has most of Texas riled up, with both sides getting it pretty much wrong as is the norm in democracies which are sometimes called by their other name, idiocracies. HERO made frontpages with its association with the seeming problem that people are having with finding bathrooms for transgendered-people-in-progress, who still have the genitals of their ex-sex but dress and act like their future sex.

However, HERO is just another run-of-the-mill equality ordinance — and that’s what it is bad. Thanks to the Houston Free Press, you can read the actual content of the bill:

Back it up there — you’ve got two things in contradiction:

Only one can be true. Which is it: every person, or only those who fall under the fifteen characteristics?

As you can see, it protects no one but certain vocal groups and does not help with certain things that might be useful. For example, political viewpoint. Or viewpoint at all. Or intelligence. Or refusal to obey laws. Or even defend against whatever happens when 10,000 obese Tumblrinas and horn-rimmed Instagram users descend to complain about a joke you told at a conference last August.

This shows us the futility of “protecting characteristics” and the superiority of a simpler idea, which is free association. You cannot name enough traits in a law to protect everyone, so what it amounts to is protected status for certain groups at the expense of others who are not protected. With free association, you protect no one and figure that society will sort itself according to who actually wants to be near others, socialize with them, do business with them and romance them.

Society slightly Balkanizes under this plan, as opposed to under the HERO plan where society creates a new elite of a protected group. And what if a member of that group is incompetent, criminal or antisocial? They still can’t be fired or avoided. Freedom of association skips that outcome and stops trying to force people to like each other when they have nothing in common. By doing so, it strengthens specific communities which can hire people of this nature, and stops creating ire (and billions of dollars of lawsuits) by forcing people to interact with others they fundamentally disagree with.

Looking at that list of 15 magic characteristics, it protects nothing that might actually get someone fired these days. What it does do is create a group that cannot be fired, and lays the ground for abuse and resentment as the rest of us realize we’re now second-class Not Officially a Victim citizens. It all reminds me of the old lyrics:

Could it be there’s more truth in this than we thought? That the purpose of creating special elites like this is not so much to protect the members, but to force the rest of us into subjugation and allegiance to large government?

The Economics of a Coming Dark Age | The fruit of equality