Ten Things That Show You The Collapse Has Already Happened 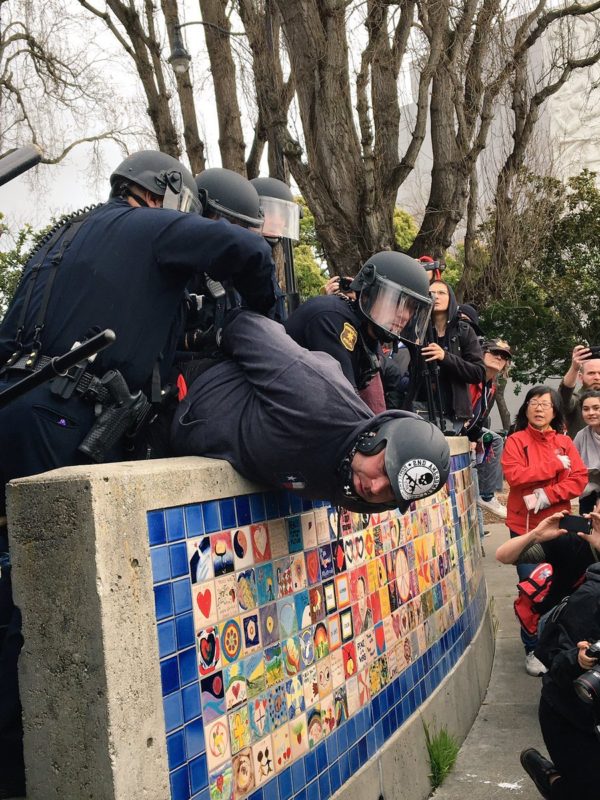 Western Civilization was a good thing. Starting a thousand years ago, it fell into decline, but as is the nature of decline, this was not an absolute condition but a gradual one overlapping some of the greatest moments of Western Civilization. Thus it was both rising and falling at the same time but its ultimate direction was toward failure.

Starting in 1789 and extending to 1968, the West fully collapsed, and all of us born after those times have inherited a vast disaster which we alternately try to save and escape. This schizophrenic state cannot last; we must choose one, and the sensible answer is to stand and fight, saving what is good and throwing out the rest.

That requires however that we give up false allegiances. Our only allegiance can be to Western Civilization and the genetic stock of Western Europeans that produces it. Everything else is an intermediate, a symbol standing for those great things, and by misdirecting us from the reality to the symbol, these become parasites.

What we think of as our nations — governments and institutions — are dead. They are working against us. The only solution is to destroy them much as we destroy any other enemy, so that in their place we can create something working again. The real culture we need is within our souls, and all of the means to that end need to be removed because they have become corrupted.

We must burn every American and German flag. And cheat every tax authority and public institution. We should ignore all social obligations. Whatever destroys this society is good, and whatever helps it is bad. Burn it down to the ground and keep what we have that still works, carried over from the past, and rebuild on the basis of keeping what is good, and destroying what is bad.

On this blog, you will read two general responses to the decay. The first is “clean up, rebuild and restart” and the second could be characterized as “burn it down and start over.” These two are compatible in that they implicate the same action: remove the dysfunctional, collect those who are still able to think realistically (the “remnant”), and then rebuild civilization according to the ways that have worked for time immemorial.

Another way to put this is that an accurate assessment of human existence never changes because humans never change. The pitfalls of our cognition that lead us toward bad acts remain the same, as do the impulses that impel us toward positive acts. Even if we become transhumanist super-geniuses, the same struggles will afflict us. Much as the cosmos might be seen as a struggle between creation and emptiness, the soul of the thinking animal — human or not — will always be a struggle between good and evil (hubris, narcissism, individualism, solipsism and egoism).

For that reason, we do not face this problem blind. We are not struggling against the gods, but ourselves; we do not struggle against an ideology, but the human mental mistake of which that ideology is an example. Our goal is not to defeat evil, but to separate from it, and by our own improvement to thrive, such that the evil fades into the background by virtue of being irrelevant.

Our first step is to discard loyalty to the dead and dying. Take those national flags and throw them in the fire. If there is a war, make sure you do not fight. Anything you do which strengthens the dying system will only prolong its suffering and yours. Give it as little money, time and power as possible, and sabotage it at every turn.

That outlook proves entirely compatible with the idea of rebuilding. When a forest becomes overgrown, a fire sweeps through and destroys all that is weak, parasitic and irrelevant. The vines that choke the trees, being weaker than the trees, burn. All take some losses, but those things that are enduring remain and then regrow, newly freed from encumbrances.

Recognize that most institutions and many people merely serve to impede this process and must go. Yes, the Other must be relocated; big deal — the bigger problem is within, and lies in those who are our people on the surface but not in the soul or mind. These entryists weaken us by appearing to be of Us, and yet, working against us because of their moral or mental weakness.

Apply ancient mental technique to your quest: envision a renewed Western Civilization and visualize us getting there by discarding the bad and keeping the good, then nurturing the good until it covers everything else. Imagine the shopping malls not aflame, but being replaced after the fire. Focus on the image of the civilization you want to see.

This renewed civilization would make note of the fact that modernity was created by egalitarianism, itself a product of the division of hierarchy by conflict between religious leaders and monarchs, caste-mixing and conflict, and destabilization after crises like the Black Death and Mongol invasions. In this light, it becomes clear what to discard from modernity.

Uniting our past civilization with the best knowledge of modernity, namely the study of organizations and psychology, we can envision a futurist traditionalist society as follows:

In the penetralia of our hearts, we know what we want: a rising civilization, happy families, pleasant social interaction, the ability to explore ideas and space, honorable and moral standards in our hearts. All that stands between us and that is the illusion of equality which keeps us atomized and withdrawn.

We have not had this for many generations, and this tells us that collapse has occurred and we are no longer in a phase of resisting decline and conserving, but in a mode of having to tear out the bad and rebuild from the good. This painful recognition, while off-putting, provides us a doorway through which to stride in order to inherit our future.

From A Distance | Zero Immigration