Pick any major American city these days, as well as its suburbs, and you’ll see (or feel) tailgating as a prevalent part of the driving experience.

Road rage, specifically tailgating, is mostly due to the shortsightedness of individuals given the free reign to operate a heavy mass of machinery at whatever speed they choose. Give everyone this right, and of course you’ll have accidents, people shooting each other at high speeds, and of course – tailgating. 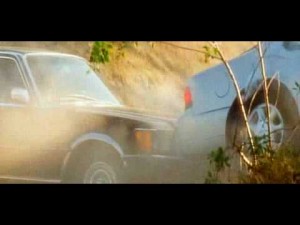 In simple physical terms, tailgating is a loser’s game. There’s a reason insurance companies have automatic fault for drivers who hit another driver from behind.

Much like the SUV paradox, tailgating and road rage cause an interesting dilemma. There’s no reward for following speed limit signs and for driving in a safe manner, which shows that you’re thinking of yourself and your safety beyond your hood ornament.

But beyond the lack of reward, you also find yourself punished by other drivers in the form of danger (tailgating, road rage, being passed from the right side). This is a perfect symbol of shortsightedness. You want to do the “right thing”? Make money and make a home “the right way?” Good luck with all the other slow-pokes – we’ll have passed you and will be way up ahead in the fast lane!

The reason safe drivers can’t just smirk about the accident awaiting these morons down the road, is that they might be in that accident. Individualist societies think in terms of the individual as a pod: “I’ll speed, and I’ll deal with the consequences if I get caught by a cop. Accident? I’m in an Acura with high performance tires – not gonna happen.”

The increasingly rare safe drivers on the road are thinking in terms of what’s best for travel all around – stay far enough behind the next car that if he slams on his brakes, I won’t hit him. Look in all mirrors every few minutes. Be cognizant of where I’m going. Only do the courteous thing and stop to let someone into the road if I’m not holding up traffic behind me unnecessarily. Careful of stopping for strangers/drifters, or just avoid doing this at all. Etc. 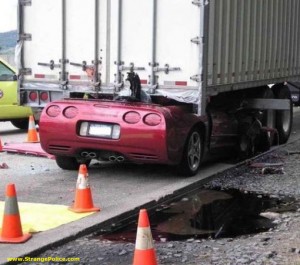 Tailgating is a method used by people seeking instant gratification. Whether by misplaced frustration, or simply out of stupidity, tailgating is a symbol of treating a privilege as a right, then abusing that self-appointed “right” until it’s meaningless. Sound familiar?