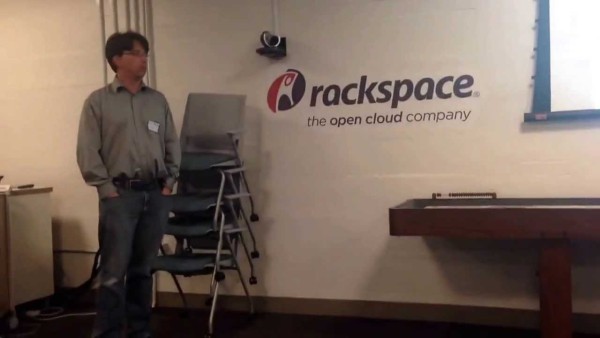 It is now near a dozen hours since the news first broke that the Strange Loop conference in St. Louis, Missouri decided to rescind an invitation to Urbit founder Curtis Yarvin, despite his presentation being anticipated by many and entirely on-topic.

The organizers and sponsors refuse to confirm that they sent the email that leaked earlier and in fact refuse to answer questions about the event in general. This tacit admission that they have something to hide is generally what one might expect from an organization that reacts rather than planning ahead.

Since almost all of these sponsors are on Twitter, they have been compiled into a list along with the organizers so you can watch and respond to their various claims, denials and most strikingly, complete refusal to address the issue:

These people, generally called SJWs, specialize in one type of attack: guilt-enforced ostracism. If you accuse someone of being a bad thing, like the racist|classist|sexist|fascist|homophobe|transphobe jargon they throw around right and left, others are afraid of being associated with this person. In rapid order: the person loses their job, loses their friends, loses their house loan and then their spouse.

I had this happen to me in the late 1990s. A former friend who had apparently resented me for years, and later run into certain personal problems, outed me to enemies. They wasted no time in calling everyone I knew making it clear that these people could either abandon me or be subject to the same ostracism themselves. Most fled, bowing and apologizing. Some stood their ground — these are the ones I call “eternals” — and told the accusers off and suffered nothing for it. But over the course of several weeks, job, home, friends, money and many other things went away.

These are not public services. This is not social justice. It is an old-fashioned witch hunt for those who dare not agree with the dogma these SJWs wish to cram down our throats. Like every other form of tyrant, they care nothing for the lives they destroy, because in their view it is not only acceptable but desirable to destroy all that does not see the world they way they do. And since their plans are pure ideology, or what should be and not what is, their ideas constantly fail in application and they look for scapegoats. This is why they are so filled with revenge that they insist on having people like Curtis Yarvin, who have contributed more to industry than they ever could, exiled from conferences. Their actual goal is to make his business fail, so they can destroy his life like they once destroyed mine.

I got into all this stuff — the world beyond the consensual hallucination created by media, products, politics and social factors — in the early 1990s through music and reading too much Nietzsche. The result was that I looked past what the herd wants to enforce as “truth” and saw the more complex reality, then saw how through history certain approaches have consistently succeeded and certain other approaches have just as consistently failed. At this point, it became clear to me that our society was on the wrong side of history but so in denial that it would punish any who noticed the reality. That is what SJWs do: enforce a fake reality so that they can obscure the failure of the very old ideas they personally advocate.

When you step outside the collective lie, you become a target because you have gotten free and they resent you for it. Expect death threats, vandalism, sabotage, subterfuge, back-stabbing and deception at every turn. You have done what they will never allow themselves to do and envy eats them from within, plus their fear of what you see that they cannot admit to themselves. Anyone who sees more of reality than they do is a threat, so they dedicate their lives to enforcing a fake “reality” instead of simply accepting the world as it is and making something beautiful of it. It is not surprising that so few of these people have any real accomplishments, and that makes it unsurprising that they take delight and glee in ruining those who are more intelligent, realistic or competent than they are.

Curtis Yarvin submitted a talk in the Strange Loop 2015 Call for Presentations. The talk went through the review process and was one of about 60 talks selected for the conference out of about 360. The subject of the talk was urbit (attached below). While we use a multi-stage review process, ultimately all final decisions are made by me.

Earlier this week we published the bulk of the 2015 Strange Loop session list, including Curtis’s talk. I quickly received feedback that Curtis also has an online persona under the name “Mencius Moldbug” where he has posted extensive political writings.

A large number of current and former speakers and attendees contacted me to say that they found Curtis’s writings objectionable. I have not personally read them.

I am trying to create a conference where the focus is on the technology and the topics being presented. Ultimately, I decided that if Curtis was part of the program, his mere inclusion and/or presence would overshadow the content of his talk and become the focus. This would not serve the conference, the other speakers, the attendees, or even Curtis.

Thus, I chose to rescind Curtis’s invitation and remove him from the program. The email I sent to Curtis is included below for reference.

Abstract: urbit is a new execution stack designed from scratch. The VM is a combinator automaton, nock, defined in 200 words. A strict, typed functional language, hoon, compiles itself to nock. arvo is an event-sourced OS in hoon, designed as a personal cloud server. While urbit still scales poorly, it’s stable enough to host a distributed chat network and serve React apps. The whole system is about 25,000 lines of code, all MIT licensed and patent-free.

Since none of urbit’s layers fits well in any system-software family tree, its key disadvantage is that you need to learn to program again. It’s also pretty slow, though we think we know how to make it fast. In exchange you get: a logical computer whose entire lifecycle is deterministic; a single-level store ("NoDB") where every packet is a transaction; an authenticated, encrypted network with a global immutable namespace; typed functional programming without category theory; typed, exactly-once network messages; and lots of other cool stuff that anyone sensible these days would put in a system software stack if she got the chance to design one.
Comments: The attendee will see urbit in action and come away believing that it’s actually real. They will see enough of what it does and doesn’t do well to decide if they like it or not.

When your talk was posted on the Strange Loop web site today, I had immediate and vigorous feedback about the fact that you would be speaking at Strange Loop. I do not generally make any attempt to audit or care about the particular opinions or ideology of the people that I accept as speakers; I am generally focused on the content of the talks themselves.

However, in this case it is clear to me that your opinions in areas outside your talk are concerning enough for a significantly large number of attendees that those reactions are overshadowing the talk and acting as a distraction for launching the conference as a whole. Because of this, I am sorry that I must rescind your invitation and I will not be able to accept or include your talk at the conference. My apologies if this causes you any inconvenience.

What immediately jumps out to me is this:

A large number of current and former speakers and attendees contacted me to say that they found Curtis’s writings objectionable.

How many? And were these people important, or just angry voices trying to drag down the better man? And why does it matter that they find the writings “objectionable,” if they are not related to the presentation nor to be discussed in it?

This statement makes all the right sounds and has the right decorations, but it says nothing of importance nor accurately defends the actions taken.

Where did the “diversity=genocide” meme come from? | StrangeLoop defenders resurrect Soviet notion that ideas are illness