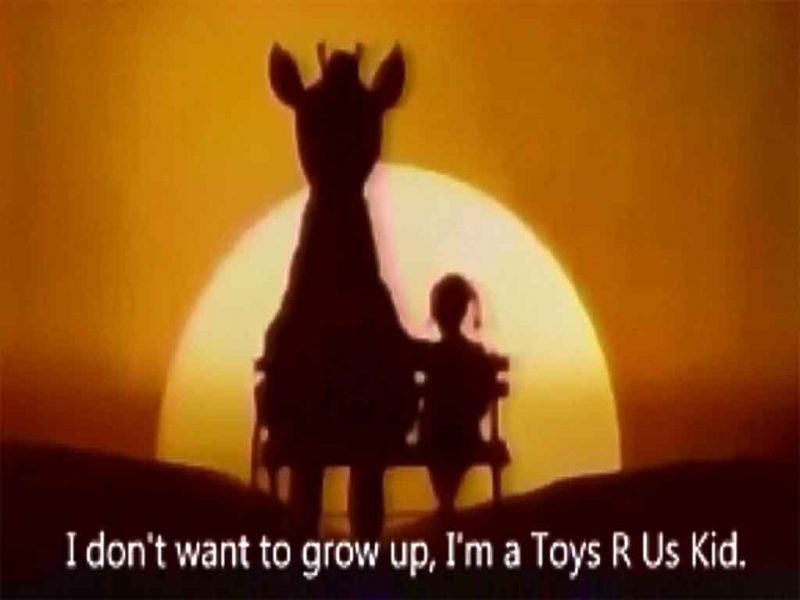 Throughout the last fifty years of unhinged media saturation, little attention has paid to the effect its relentless assault of the senses has had on the subconscious mind. While the well-regulated Hollywood of the 1940s and 1950s was so cautious in its nature that it refused to display two unmarried actors in the same bed on-screen, the self-serving age of individualism that followed would discard such concerns morality in virtually every outlet.

This ideology was perhaps most extraordinarily felt through the medium of music, television, video games, and film, where the vulgar and profane became rampant throughout.  Within this no-holds-barred free speech arena, any effect on the well being of American society was forsaken in the interest of the individual content creator’s personal pursuit of wealth.

Whether intentional (as many have speculated) or not, recent American generations were sabotaged by a daily bombardment of content while their boomer parents left them to grow up in front of a television screen.  An example of this can be most obviously found in the two most defining staples of baby boomer parenthood: the unfathomable rise of sexual degeneracy among youth, and the creation of school shooters and their bloodthirsty rampages.  But sometimes the most damaging content isn’t so obvious, and is something as simple as a single sentence.

One sentence, repeated over and over again, day after day, week after week, for many of the human mind’s most impressionable years can undo an entire generation.  One phrase, heard again and again, embedded deep in the human psyche, can seize the unconscious mind and affect their decision making for most of their lives.  And there was such a sentence, a phrase, for the generation once dubbed the “me generation,” and defined as full of “man children” and “snowflakes.” It would be delivered to them in the form of a jingle from a company monopolized retail toys and, as a result, monopolized the youth.  And it would define them better than the thousands of articles, TV specials, and YouTube videos that would try to answer exactly what went wrong.  It went something like this:

With this seemingly harmless song, their fate was sealed.  They were a Toys R Us Kid for life.  And for the decades to come, we would see exactly how committed their unconscious mind truly was to being a Toys R Us kid:

I hear the same story, told in different ways, all over New York City.

There’s 34-year-old Kate, who works in finance downtown. “She’s beautiful, smart, talented . . . everything going for her,” her colleague tells me. “But her boyfriend doesn’t feel settled in his career, so she spent thousands of dollars to freeze her eggs as she waits for him to be ready.”

Susan, 41, a single senior marketing executive from the Upper East Side, is eight months pregnant. After waiting for her match and not finding him, she decided to have a baby on her own.

And then there’s Joanna, from the Upper West Side, who tells me that at age 32, she stepped off the partner track at her law firm, halving her salary to work in the firm’s marketing department, so she could focus on landing a husband. But at 39, Joanna is still single and childless — and unsatisfied in her career.

These women aren’t alone. The latest US Census Fertility Report, published last week, found that for the first time in reported history over half (53.8 percent) of women ages 25-29 are childless and a record 30.8 percent of American women ages 30 to 34 haven’t given birth. Most of these women are college-educated. And most are single.

Now, the above article is obviously riddled with naiveté because the destruction of the wholesome, traditional woman is the leading factor in the disinterest of men. Modern men — conditioned to be children for life — have failed to achieve their purpose as leaders in Western society, take control of their civilization’s future, and properly force their women into the submissive roles they were created for.

This is an obvious condition of men raised in peaceful times of wealth and prosperity, free of religious and moral rule, where nothing mattered more than the comfort of the individual. Such is the effect, when the most self serving parents in American history create a generation in their image. And within that image, we also see the culmination of generations of Western men failing to protect the institutions of marriage and family, giving an infinity of concessions to the individual, and ultimately allowing hedonism to become the uncontested ideology of the nation.

But male infertility and the neglect of Western women isn’t the only destructive factor seen in a generation whose freedom to drop out of society and life is protected above all other things. The failure of young American men to even enter the workforce — the most crucial indication of a civilization on the brink of collapse — is still at recession levels while virtually no one panics:

Drugs, jail and video games have taken millennial men out of the workforce and they aren’t likely to return —a phenomenon dubbed “the tale of the lost male” by economists at Bank of America Merrill Lynch.

A decline in the labor force participation rate since the financial crisis masks stark differences between men and women, wrote Bank of America economists Michelle Meyer and Anna Zhou on Friday.

Later, we see the manchild effect:

But men may also be putting a priority on leisure, which could be keeping men at home. The U.S. Labor Department’s American Time Use Survey found that between 2004 and 2007 and from 2012 to 2015, the average amount of time men aged 21 to 30 worked declined 3.13 hours per week while the number of hours they spent gaming increased 1.67 per week, according to the economists.

Work by Krueger finds that game playing is associated with increased happiness and less fatigue than TV watching and is now considered a social activity.

Ah video games, that favorite man-toy that turns men into boys. The early age of console video games was primarily intended for youths and initially existed in a form of short sessions in between playing outside and reading. But once marketing departments found they can continue to grow a seed they planted in children throughout life, they continued to target the same demographic as they aged. Advancements in technology allowed developers to create an entire universe within a single game to entrap players for life. MMOS now even feature their own currency purchased with real life money.

Meanwhile, studies have gone on to show video games being as addictive as narcotics and to such extent that parents have allowed their newborns to  die during long gaming sessions.  Last month, The New York Times reported that the World Health Organization has added gaming disorder to its International Classification of diseases:

[G]aming has long had an addictive quality. The game EverQuest, introduced nearly 20 years ago, was nicknamed EverCrack for the long binges it inspired.

“I have patients who come in suffering from an addiction to Candy Crush Saga, and they’re substantially similar to people who come in with a cocaine disorder,” Dr. Levounis said. “Their lives are ruined, their interpersonal relationships suffer, their physical condition suffers.”

With all things considered, we find that NEETs and MGTOW aren’t just the product of low-grade parenting. They are, in fact, crippled by a lifetime of addiction, created in the conscious and subconscious, by unregulated media industries.  They are the result of an entire generation being told they’re special, that their happiness is the most important thing in the world, that family and civilization does not matter as much as a smile on their little faces, and that it’s okay to be a kid forever.

And while this conditioning was more likely done in ignorance through the blind pursuit of profit, our nation’s godless capitalist retailers continue to entrap American men in a permanent state of childhood through retro re-creations of their favorite TV shows, video game consoles, and 90s music. Just look at the movie industry during the last decade: nearly every super hero comic ever published was recreated in movie form, marketed at the Toys R’ Us Kids who never grew up. Netflix offers us a necrophiliac reboot of Full House mirroring the format of the original.  Meanwhile, Nintendo’s best selling console in 2016 was a miniature version of the NES it released 30 years earlier. And in 2017, three or four Metallica records recorded in the late 80s and early 90s outsold every heavy metal album released that year.

Now that the media industries have enough capital to lobby the Cash4Votes donor class politicians in our congress, we can expect to see little resistance through legislation no matter how harmful their products are discovered to be for society. Despite the nation – and the West as a whole – being on the brink of a war that will determine if the future will be in the form of either communism or autocracy, most men will not participate.  No, they shall instead elect to chase the media distractions and toys they were conditioned to devote themselves to since their most developmental years.  So for as long as big Hollywood and Silicon valley exist, we can only expect worse from a generation of men raised to be children forever.

But as for Toys R Us, they have met their fate earlier this month in the most Shakesperian demise that is conceivably possible.