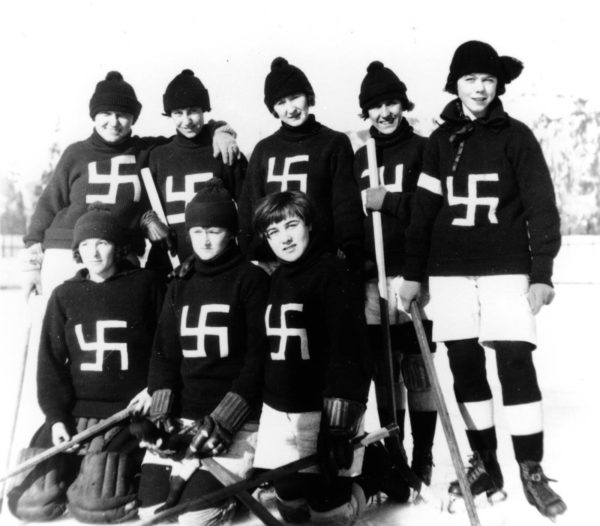 As mentioned before, there is a problem with allowing women to vote (but scroll to the end for the punchline).

Harvard University President Larry Summers got in hot water for asserting that differences existed between male and female intelligence, and was later vindicated by scientific study (see also: Smart and SeXy) although the mainstream media ignored or counter-spun this information. However, that is not the problem with having women vote.

Women are not geared toward politics. Politics is the process of thinking toward the future in broad, irrational terms like principles and aesthetics. It requires people to take a strong stand because any idea will face a torrent of entropic forces trying to tear it apart, dumb it down or invert its meaning. Unlike in school, where the “right” answer counts, in politics the right vector or general direction counts. The details get settled later and cannot be anticipated in advance.

Nature has shaped women instead toward gaining social consensus. Their job in any situation, like in the archetype specific to them in the home, is to make everyone feel calm and accepted. Then they work out the details. For them, all is detail; there is no hierarchy or outline, but an unchanging goal of stability and peace, and from that they negotiate everything else. They are super-effective in social situations, unparalleled in family care and nursing, but devastatingly wrong in political situations.

Looking at American and European politics, we can see this in action. American women were the crucial group that elected Bill Clinton, generally on the basis that he was “good for race relations” and would establish pacifism between racial groups. American women also participated in electing Barack Obama for the same reason. In Europe, women dominate governments because they are perceived as safer and less warlike than men, with the female vote constituting a bloc they can count on to keep them in office.

We can see the evolutionary role of women playing out through these decisions: first, they pacify; then, they negotiate through details for what they think is a good compromise. The result is an inability to take any direction and then, as a result, a default to whatever the dominant direction is. Under female suffrage, the West has slide further down a path that will obviously not resolve well, simply through the process of compromise.

But for the punchline: while female suffrage is a terrible idea, so is the process of democracy in general.

Democracy disconnects actions from results. Votes are a lottery in which people hope their team wins, but then if not, conclude that the gods must be crazy and disconnect their brains until the next election. Even among high-intelligence males, the process of voting encourages a compromise mentality; working with the system is more important than working toward a result, especially if one wishes to stay in power.

Even further, democracy encourages the worst of human behavior by encouraging people to use the popular vote to take revenge on other groups. People can anonymous spend their neighbor’s fortune or sabotage his business, or simply approve for themselves handsome benefits at the expense of the rest of the citizens. Those with nothing to lose get the same vote as those who will be devastated, and the vote of an idiot is equal to that of a genius.

People like democracy because of its inherent pacifism. By its reliance on compromise, it prevents clear direction, which in the muddled simple-headed monkey thinking that is the default of humanity, means that it will offend no one and therefore give no one a cause for conflict. This ignores the fact that conflict is inherent because different groups and individuals have self-interest based on who they are, including what they can understand, and therefore are perpetually in conflict. Democracy just forces this conflict behind the scenes.

As we approach the eulogy for liberal democracy (1789-2016) occasioned by the simultaneous failure of every liberal policy yet created in the West, it is important to think the unthinkable, or “think outside the box” as we were encouraged in the 1990s. Our assumptions limit us to thinking along the same path we have been on, but because the results are so bad, it is time for new assumptions or no assumptions. Democracy has failed but there is no reason we must go down with that ship.