“Smart Socialism” Is Entryism Aimed At The Alt-Right 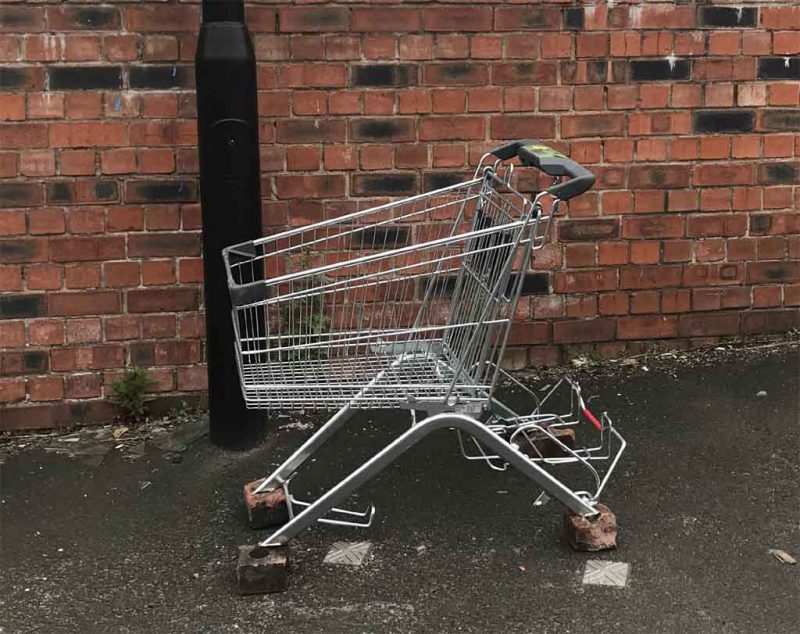 This comes at the same time that #WalkAway is encouraging people to leave behind the totalitarian society the Left endorses once it takes its final form. The shockingly, blindingly and ulta-violetly !GAY! New York Cosmotologist who made #WalkAway go viral will probably not be fully cured of the Lefty virus even after he took the entire Red Pharmacy with a shot of Jack Daniels as a chaser. The goal is to get the opponents of the Alternative Right to lay off the Salem Witch Trial act for a few minutes and just discuss actual issues. Then our axioms are planted and spread like kudzu jet-fueled with cow feces.

Therefore opponents of anything outside the current Overton Window will go balls-out to stop the conversation from ever getting off the ground. This can happen in three ways. Violent, deliberately unreasoning protest as a form of intimidation is the Antifa Way. It has its value when it is aimed at pathetic cucks. When the Park Apes threaten violence, the Cucksurgent Right bends over and grabs its ankles. You get Antifa until a willing line of heroes fixes bayonets.

When resistance is met, violence gives way to tergiversation. You get the National Review “Conservative Case” for transgenders in Target Bathrooms watching all the cute little girls. You get John McCain meeting with Lois Lerner to figure out how to better “uphold the law” on certain groups of Conservatives that are cuck-blocking him too relentlessly. You get the latest flatulent factotum from The Bush Cuck Dynasty telling them that all that shiny, new diversity is here to do jobs they won’t do. If they bicker too much with that, Kevin Williamson makes the National Review “Conservative Case” for why their communities should all just fvck off and die.

So when the treasonous McCain Plane has crashed the way his Naval Aviation missions in Vietnam used to warm Jane Fonda’s malignant heart, the Gramscians are left to their standard mode of operation. They infiltrate. Forward Base B shows exactly how the Gramscian Entry into the Alt-Right could turn us into just another group that should be fed to the kudzu mentioned above. “Smart Socialism” is the latest attempt to converge the Alt-Right into the mushy nothing that fails to even threaten, much less check, the nefarious Cathedral. Just export your Knee-Grows to Africa, your Mexicans directly South and your SE Asians to the foreign land known as Hahvad. Nirvana would commence and Socialism would totally work in a monochromatic society with a unified culture and language. It sounds toad-ally Alt-Right except for, you know, the Socialism part.

If we look at European countries, socialism seems to work best in countries with highly homogeneous populations. In such nations, the people find redistributive policies far more tolerable because their wealth is providing for those who share a common ethnicity, culture, and language. In a heterogenous nation like the USA, however, redistribution ends up financing the spread of a thousand penniless ethnicities, with alien cultures, and foreign languages. Naturally, no one tribe wants to pay for the expenses of another. Asians don’t want to pay the hospital bills of blacks, blacks don’t want to buy free housing for Asians, Whites don’t want to send Mestizos to college… In a vast, heterogenous nation, socialist policies that are easy to implement in smaller, more homogenous states are quickly found to be impossible.

What this Bravo Sierra ignores is incentivization. People will suck, people will sit on the butts, people will mooch, and people will steal. Until Hammurabi cuts their hand off for bogarting the last beer out of his Igloo Cooler. Socialism, even amongst people who look, act, worship at the same temple, and speak the same language is an economic system that entitles other people to Hammurabi’s brewskis whether they do anything worthwhile to be entitled to a cold one or not. The pandering to faux racism is just a smoke screen.

The difference between North Korea and South Korea isn’t any particular degree of Koreanness. With the exception of maybe one major variable, North Koreans share much more in common with South Koreans than they do with The Congolese, The Venezuelans, or the 1980s Albanians. The two things they share with each of these woebegone miseries are an entire lack of any reason to make an intelligent effort in life. That’s Socialism: the undiscovered force in the physical world that vaporizes our motivation field and glues our fat asses right back down on the sofa before we do something crazy like accomplish things in life. It is the world’s original “You didn’t build that!” Ideology.

Socialism is weaponized envy and excused laziness. It is nothing but a pathway for entropy to sap the vigor from any society that it infects. The more Socialism you have, the worse off you are. The less of it you can manage to coexist with, the better you and your neighbors probably are as human beings. I cannot condemn the demotivating and divisive impact of socialism on social cohesion strongly enough. I’ve flat-out stated that it only leads to death. I stand by it.