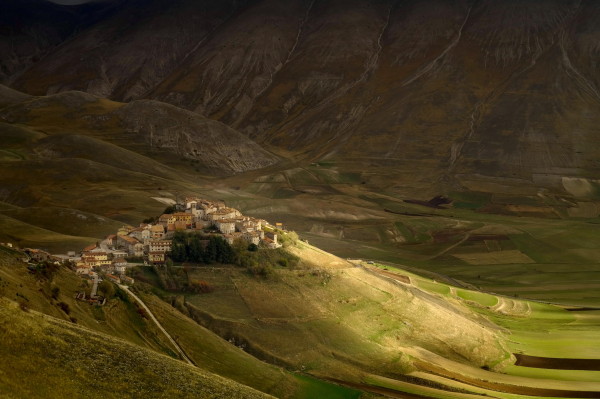 A few days ago, I wrote a piece that seemed to be pining for a post-apocalyptic Mad Max-esque scenario in order to build a new society. It’s true I wrote about the upcoming collapse and believe its time is coming soon. Mark my words, a collapse is coming. Will it be the WROL, post-apocalyptic scenario I envisioned? Probably not, but it could be. The collapse will most likely be an economic one. It will be massive and it will be painful. Given the sheer size of the United States, I believe the USG will lack the resources to be able to properly govern all of it. This is where the men of the new right — and I put that in lowercase to include neoreaction, New Right, dark enlightenment, Traditionalist, monarchists and paleoconservatives — come in.

What looks like a raging horror will be a raging horror, but it will also be a great opportunity to restore a society built around order, virtue, and a healthy culture. This can only happen with a restoration of nobility both as an attribute of individuals and where found in excess, as a selection matrix for our leaders. Instead of picking those who flatter us with fond visions and simple illusions that conceal complex and disturbing truths, let us pick our best people to tackle those complex and disturbing truths head-on. Then society will exist in their image, a kind of cultural “trickle down,” and we will all enhance our behavior, self-discipline and abilities as we again rise from the muck of human solipsism.

There is a colossal leadership deficit in the United States. The false elite are not true leaders. They are nothing more than a bunch of selfish narcissists. We can only imagine that this leadership deficit will be larger in the future. Once the house of cards fall, people will be looking around for someone to lead them. Will the mob accept a reactionary to become their president? Unlikely. However, men of the New Right can make an impact in their immediate surroundings i.e. your family, your church, your neighbors, your community.

By establishing an Order of virtue, we can become the future noble leaders in a time when the culture will be all but lost. It’s time to practice what we preach and step out away from the computer. It’s time to become more than keyboard warriors. It’s time to take our ideology into meatspace and start establishing a network, an Order.

Just remember, it took nearly 500 years since the Fall of Rome to arrive at Charlemagne. Heed the call to action in your blood, and in the potential beauty that we are missing out on by remaining mired in this filth and misery. It certainly has to be more effective than sitting in front of a computer expressing your impotent rage over the internet.

I wanted to include a recent attempt at promoting nobility, but it got infested by the usual life-drama, in this case another mind overturned by the insanity of modern existence and radical individualism. Project leader Aristokles writes:

Speaking of herding cats I’d like to provide a bit of an explanation & background for some confusing events that occurred yesterday evening.

Zev Flanagan is/was a man that I have been attempting to help and work with for about a month. Yesterday afternoon he suffered a mental breakdown that didn’t just involve confusion on twitter & ask.fm but eventually also involved the police. Zev was having trouble at home and also suffers from a sleep disorder for which he was being being treated & receiving medication. Many here understandably thought that the http://denovumnobilitate.wordpress.com blog was an elaborate troll and people who responded in good faith felt hurt and betrayed.Such was not the case.

The contents of the blog were substantially my ideas slightly paraphrased. Moe had approached me with the idea of putting some sort of announcement to alert interested people about a project I and some others have been working on. I approved of the general idea. Unfortunately there was a crossover in email and I didn’t see the final draft until the blog was already up. I thought the contents were fine but I was disturbed by the fact that he had signed it himself. I was on the point of ordering him to take it down when the positive responses started to come in. it had obviously hit or struck a chord in the NRx community so I decided to let it stand for the time being.

My apologies to everyone involved. Flanagan will of course no longer be associated with our work but the project will continue. Flanagan has agreed to succeed control of the the blog to us so it will be up again shortly in a slightly different form. You can rest assured that everything that will appear there will reflect my views or those of my close associates.

Conservatism is realism | Rebirth of a Nation