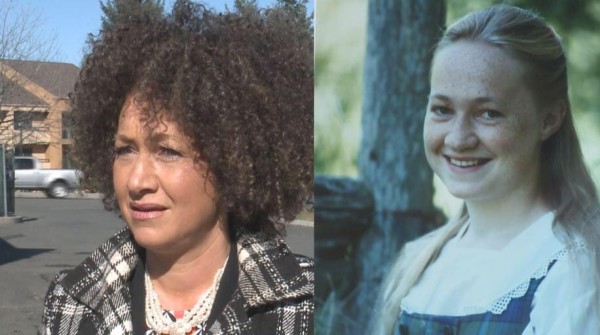 As the Left regroups after experiencing political rejection in the UK, US and EU it has begun constructing the next wave of assumptions it will use in order to justify its arguments. Most of these are simply updated versions of the old; as part of this, the Left has moved from “race does not exist” to “everyone is mixed-race” as seen in this bit of silliness arguing for mass migration:

But one self-described neo-Nazi on the district council told The New York Times that by allowing the influx, the German people faced â€œthe destruction of our genetic heritageâ€ and risked becoming â€œa gray mishmash.â€

In fact, the German people have no unique genetic heritage to protect. Theyâ€”and all other Europeansâ€”are already a mishmash, the children of repeated ancient migrations, according to scientists who study ancient human origins. New studies show that almost all indigenous Europeans descend from at least three major migrations in the past 15,000 years, including two from the Middle East. Those migrants swept across Europe, mingled with previous immigrants, and then remixed to create the peoples of today.

First, we need not argue for racial “purity” so much as racial “consistency.” Whoever the Germans are, they are a consistent continuum of genetics, as are other Europeans, which we can see through genetic maps of the distances between European ethnic groups: 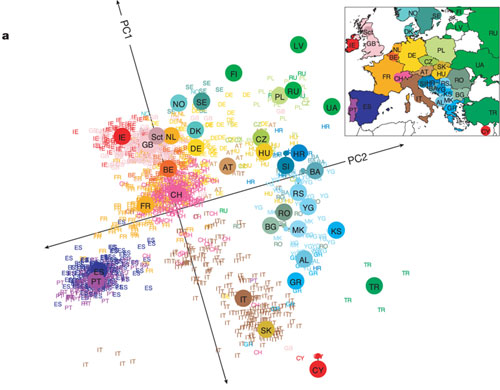 These maps also reveal where admixture has occurred, and it stands out in contrast to the native European.

Then, we should revisit history. Europeans were wandering tribes who colonized many areas throughout Europe, Asia and the middle east. These were fundamentally the same people, but at some point, they migrated back into Europe, probably related to changes in climate and politics.

We can tell the difference between a German and a Somali by looking, and now we can do so with genetic evidence. But this offends the Left, so they concocted an updated version of Lewontin’s fallacy, which argued that because there was no single gene for race, race did not exist.

Instead, they argue that because European groups may have come from multiple groups, even from the same root, race does not exist and therefore you might as well mix Germans with Somalis because you will have the same people. As always, the Left reveals a willingness to lie in addition to their multiple mental health issues.

The answer is to this new idiocy is that European groups are consistent, have been so for some time, and are more similar to each other than they are to foreigners. The Left wishes to conceal that truth so that they can invert the definition of race, and leave you helpless to object to their importation of many extremely foreign people into your lands. Laugh at it, because it is ludicrous.