The history of “racism” 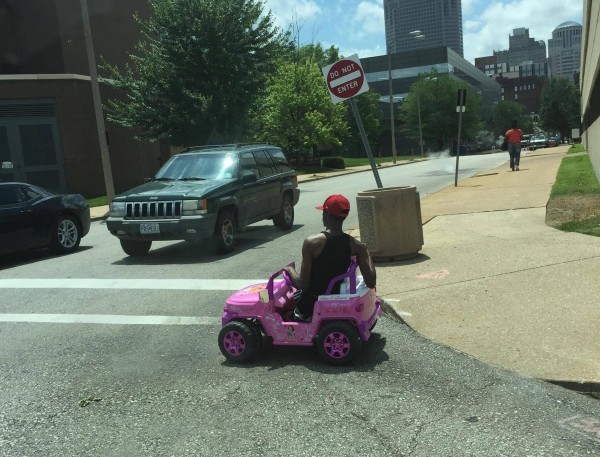 Curtis Yarvin, recently thrown off the StrangeLoop conference for things he wrote a decade ago, responds with a “glorious non-apology” as Nick Land put it:

The word â€œracistâ€ and its conjugations does not appear in the English language until the 1920s â€“ see Peter Frostâ€™s cultural history. If you asked Shakespeare if he was a â€œracist,â€ he would not know what you meant.

â€œRacistâ€ is essentially a term of abuse which no group or party has ever applied to itself. Like most such epithets, it has two meanings â€“ a clear objective one, describing a person who fails to believe in the anthropological theories of human equality which became first popular, then universal in the mid-20th century; and a caricature of the vices, personal or political, typically engaged in by such a foul unbeliever.

(as quoted in Non-Hacker News via Outside In)

As others have documented, this word became used in the early 20th century for the first time to describe those who were resisting the nation-state push with nationalism, or the idea that the foundation of a nation is not political but based in common heritage. That clashed with what the French Revolutionaries called “internationalism” and today we call “globalism” or “multiculturalism,” which is the idea all workers worldwide form a single caste and their job is to wage warfare on those who own the concerns at which they work.

This was the age in which vÃ¶lkisch movements appeared in Germany, for example, not because nationalism was a new concept as argued by its detractors, but because until that time, nationalism had been the common assumption and now was under assault. Nationalism never presented itself as a new idea and, contrary to what many people argue, was not a product of the nation-state but resistance to it. Those are too many big ideas for the average internet debater however.

Yarvin goes on to point out how genetics in fact reinforces the idea of race, and that the idea of “racism” is thus inherent to nature itself:

It seems worth asking how a paper like this got published, as late as 2005. Scientific racism may be even more entrenched than many have feared…

As quoted in this blog before, other scientific data and analytical inquiries support the idea for the concept of race, once we remove it from the illusory containers projected onto it by its ideological enemies. For an excellent discussion of the definition of race, see John Goodrum’s The Race FAQ. If that is not enough FAQ for you, a clarification of the definition of nationalism (versus nation-statism, or the “proposition nation”) can be found in The Nationalism FAQ.

If race is scientific reality, and we do not need studies to observe that humans of one appearance produce offspring of the same, so there is at least some genetic basis to it, why deny it? “Racism” is a term invented with one purpose only: to discredit, slander and obfuscate nationalism. Its goal is to drive ordinary people away from nationalism so that internationalism, which now goes by many names such as “diversity” and “multiculturalism,” can take over. This is a guilt-and-pretense attack and nothing more.

Most of the attacks on race come from a single line of thought which says essentially that if race is not easy to perceive, it must not exist. The first, Lewontin’s fallacy, holds that race does not exist unless a specific single gene can be found that indicates race. Increased genetic knowledge has made that look ridiculous. The second, which we might call Venter’s fallacy, is that the statistical amount of different DNA is so small that it is insignificant. This ignores how many vast changes in humanity are tiny amounts of DNA code, and how percentages deceive us because of how much DNA code there is, and how DNA operates more like computer code — incorporating other code segments as subroutines — than a linear list of traits. These obvious errors exclude both of these attacks from serious consideration.

That leaves us with the undeniable reality that race is real. Then we must figure out what that means, but its opponents do not want us to get even that far. One wonders what they are hiding.

StrangeLoop: no one “owns” a conference | The original mau-mauing of the talented