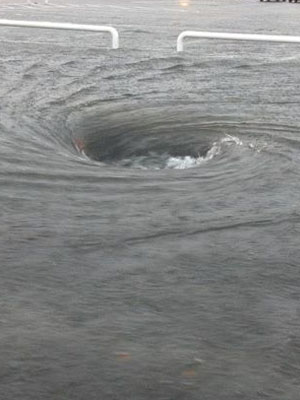 When the symbolic value of an act touches on a larger phenomenon than the act itself, and does so in such a way that a story is convincingly told from at least one point of view, it because a behavioral meme.

Take Trayvon Martin. On the surface of it, this is an average story: a volunteer claims assault and self-defense, others claim murder. By itself the case is not controversial; add a mostly-white neighborhood that had become tired of constant threats, and make the participants of different races, and it’s a vortex of chaos.

What has happened here, as happened with Rodney King and Marquette Frye, is that a touchstone visual event occurred. We don’t know if Trayvon’s killing was a crime, but to many people, it looks like one.

The white Anglo-Saxon majority, who vote Republican, are seen as the opposition by the assorted minority groups and white liberals who make up the Democratic party. The left blames the right for racism, and the right points out that those who clamor for equality are generally not productive citizens or they’d have equality. (On very brave days, the right points out that diversity doesn’t and cannot work.)

As a result, both sides join a conflict that cannot have a winner because it is not being fought over the real issue: should we have diversity, or not.

Diversity does not work. While an interesting theory, it does not translate to reality. It creates enmity and nothing more. That is what those who want to divide us (leftists/liberals) want to do. The problem is not blacks, but it’s also not whites. It’s diversity itself.”

It’s tempting to have racial anger. If you believe the left narrative, a man was wronged, leading to his death. If you believe the right narrative, it’s unclear why the Trayvons of the world are still underrepresented. If you look at this situation as a realist, you see only the question of whether diversity is functional at all.

That in turn ensures that nothing important will ever get done, which means that frustration, inefficacy and rage will boil over. Just waiting for that touchstone event. And when it comes, they riot. That’s an outcome that benefits no one.

Instead, it should be noted that a society needs unity. When more than one out of every hundred people have radically different opinions, individuals tend to clam up and resist sharing of themselves at all. The result is entropy.

The best form of unity is not racial unity. It is cultural unity, which includes heritage but is not limited to it. Cultural unity ensures that values, heritage, religion, rituals, calendar, foods, literature, art, etc. are on roughly the same plane or starting point.

You will be tempted, when you see outrages, to rage. Instead, think logically and practically at the same time.

Diversity cannot work: two groups cannot occupy the same space without destroying each other and forming a third group, which will be the lowest common denominator of each.

Anger also cannot work: emotional reactions cause you to target the symptom, not the cause, and in doing so, possibly hurt a lot of people needlessly and cruelly.

Our society is gearing up for more racial conflict. The left and most moderates will try to placate, but that just shoves the underlying issues under the rug. The issues as I see them are: does diversity work? and, Why are most minorities stranded in a permanent underclass, which benefits no one?

This isn’t a USA-only issue. Across the West, wherever countries have tried diversity, conflict has resulted. France is dived over “the national issue”, or whether the French want to remain French. You can’t take a generic person and turn them into a Frenchman with the right night education classes, clothing, accessories and Bodeker guides. In England, the government tells us that only white people can be racist, which in effect means racism is a one way street: minorities demand, white people give.

In Sweden, the latest racist outrage involves a leftist party which featured a person in blackface and a cake symbolizing genital mutilation in Africa. Speaking of African, columnist Roland Martin reminds us that skin tone differences among African-Americans are a cause of conflict, as well. The wealthier nations in Europe are discovering their own problem with diversity in the European Union, as tension between Western Europe and the people who attempted diversity 2,000 years ago has reached a fever pitch. The more successful are finding themselves asked to subsidize the less successful in the name of equality, and asked to give up their own cultures in the name of diversity. It’s no wonder that the first objective of the Anders Breivik trial is to confuse his stance on diversity and our own inability to even contemplate it.

Across the pond, the town where Trayvon was shot remains paralyzed. A man was beaten by African-Americans yelling “Trayvon” and a mob of 20 African-Americans beat a white man senseless and then said, “That’s for Trayvon.” The United States Supreme Court is currently debating immigration policy while the mostly-Mexican immigrants appear to be thinking “there’s no place like home” and reversing course in the face of only moderate disapproval and economic hardship. In the meantime, ethnic conflict between Asians or Hispanics and African-Americans is spiralling out of control.

The bigger issues though are the ones that don’t get reported. Can we have an honest conversation about race, in America or Europe? No, we cannot. First, some opinions are just unacceptable. Second, some facts are forbidden, taboo and censored. Finally, there’s an absence of solutions that are acceptable because all of our “solutions” so far conflict with reality and have failed, and we refuse to consider other options because we see it as impolite. Even more frustrating, only a few people have recognized that diversity gives all of its participants a grim choice between assimilation and isolation, and that diversity itself is totally alienating in all of its forms.

All of the above constitutes the larger picture. This issue is bigger than Trayvon Martin, George Zimmerman or whether you think you’re so angry you want to lash out and mangle the “Other team.” The point is that instead of having temper tantrums, we should be even braver and start thinking hard about diversity. It’s not the fault of blacks that race antagonism is high, nor of whites. The problem is diversity and with our society in denial, it’s the thing we’re most afraid of discussing.