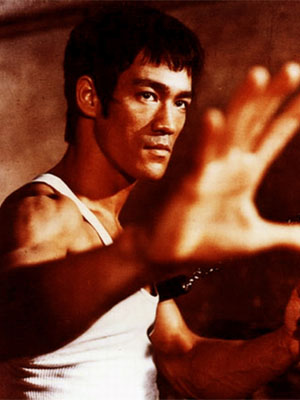 Our country is entrenched in class warfare. One side, composed of the poor and the degenerate “elites” who make their money off of salesmanship and not actual production, uses a weapon that paralyzes most enemies: guilt, specifically guilt for the natural inequality between peoples.

This takes many forms, but one of its most potent forms is race. In the racial dialogue, sometimes called “civil rights,” it is assumed that there is a wealthy spoiled majority who should feel guilty for having more than others. This creates a binary worldview: hard-working minorities versus faceless lazy majority.

In reality, nothing of the sort exists. Instead you have groups from everywhere converging on a nation, and almost none of them are permitted where the degenerate elites live. The degenerate elites intend the massive cultural chaos as a weapon against people they perceive to be lower on the socioeconomic scale.

As a result, these degenerate elites style their media to “reveal” the situation as having only one dimension: the majority mistreating the minority, no one cares, and thus guilt should be handed out in buckets.

For example, our media trumpets any white-on-black crime, but is mysteriously mute on the converse. They draw attention to any studies of inequality, and tend to downplay any stories of success. They ignore any culture that the majority could possibly have in order to focus on what the minority might have.

What happens when that narrative (“convenient story justifying our dominant paradigm”) breaks?

Across our nation, people are still fixated on the white-on-black narrative forged by the media in the case of Trayvon Martin and George Zimmerman (who is half-white and half-Hispanic). Another story has been simmering however and is about to explode.

African-American attacks on Asians have been steadily rising. The groups compete for neighborhoods and jobs. The well-known tension African-Americans and indio (Asiatic, non-white) Hispanics is taking a back seat to this new insanity. This is in additional to appalling levels of violence within African-American communities.

However, when even the mainstream media notices something, you realize that the story has been out there for a decade just simmering. Not surprisingly, coverage and discussion has been accelerating for the last few years. The real problem is that no one wants to hear about it — it doesn’t fit into the narrative of majority bad, minority good. So far, the government has blown it off entirely.

And then Marion Barry put his foot in it and brought the problem out in the open. No one can forget the incredible tensions between black and Asian (especially Korean) store owners during the L.A. riots in the 1990s. But now Asians have been seen as the victims of ongoing racial violence, and even brought to light by John Derbyshire as those who also give their children “the talk” about avoiding African-Americans in certain circumstances.

In the face of reality, the consensual reality we make of a media narrative and socially-pleasing commentary has collapsed, as it always does. The question is whether we are brave enough to confront the unknown and tackle this issue, or let the covert violence continue.