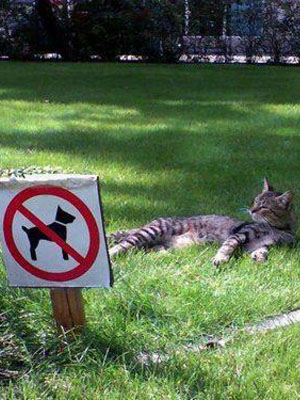 For the last sixty years, the West has been in the grip of a mania for diversity. This thread goes back centuries, but its most recent occurrence was in the French Revolution. There, the revolutionaries wanted “liberty, equality and fraternity,” but they also made another demand — for internationalism.

Internationalism is the idea that every individual is a worker, every worker has rights which come before all else, and only the oppression of kings, politics, business and religion holds them back. To be free, the individual needs to smash national borders, be atheistic, anarchistic and socialist or near-facsimiles.

These ideas were considered radical in 1789, although they’d been repeated centuries beyond that. To this day, the basic message is the same: the individual versus the state. Only no rules and no borders, no gods and no masters, will allow the individual to come into her full potential.

To achieve this end, the revolutionaries of today have a singular purpose. The majority and its values systems support things like religion and states, therefore the majority must be smashed. Tribal warfare demands ethnic cleansing and the best way to do this is to dilute and eventually outbreed the majority.

What’s left will be perfect blank slates. Raceless, cultureless, nationless, atheistic and truly international, these people will have allegiance to two things only: the orthodoxy of liberalism, and the consumer society that empowers them to be free.

Although the orthodoxy of liberalism includes socialism, that has never been a practical goal and the leaders have always known it. What it is however is a convenient thing to say at parties or bars that makes people think you’re a good guy, and perfect cover for the elites. “We are working for the Equality of the People!”

If you wonder why the modern mania for diversity is so manic, it is because it is a life-and-death struggle. It’s ideological warfare. Liberalism requires it to smash its only opposition, which is organic and traditional culture.

In fact, we fought two disastrous and fratricidal world wars over this. As liberalism spread through Europe, culture-based “nations” were replaced with political-orthodoxy-based “nation-states.” These were inherently internationalist, although they slowly geared up to this state.

Diversity is the means by which the liberal parties of the world hope to take over the world. It is part of their agenda of equalization, which requires smashing hierarchy and thus in turn smashing any culture or values system.

They are not nihilists. They are narcissists. Their goal is to make a society dedicated to the individual only. They are blaming their own problems on a lack of “freedom.” As history shows us, however, the more individualistic a society gets, the more it must because of the wide disparity in behavior treat individuals as generic in a utilitarian sense, and the more it needs a strong police force. For this reason, it quickly turns into the type of tyrannical government that is the norm in the third world.

When you see an Occupy Wall Street rally, a protest for Trayvon Martin or Troy Davis, or even a meeting of the Democratic party, you are seeing this narcissistic crowd that is hoping to transform our society into their liberal orthodoxy. They are doing this out of selfishness, because their demand for equality is a masked demand for no oversight. They want whatever they desire, any of their defects, weird behavior, etc. to be forced to be socially acceptable.

The essence of this desire is radical individualism. Its first demand is always equality, which is a way of achieving pluralism. Pluralism means that every viewpoint is equally valid and accepted. Once pluralism exists, it’s a logical step to diversity, which is simply another form of pluralism. A convenient form that smashes the non-pluralistic, e.g. those with standards or a goal.

Diversity, pluralism and equality create each other. If you achieve one, it will bring the other two in. It’s a matter of time and degree. If you bring in any philosophy or social system that supports them, like democracy or socialism, it’s only a matter of time before the parent ideal is on the table.

For this reason, the fight over diversity is more than about whether or not you like people of other races. It’s about what type of society you want. Do you want a first-world society, where culture and values make most decisions, and people are generally in agreement? Or do you want a third-world society, where no one is in agreement and freedom is high, but the society is totally disorganized, accomplishes nothing and is run by tyrants?

That’s not very PC to say. In our society already the narcissists have begun cutting away at the idea of hierarchy and standards. There are no winners and no losers. Everyone is equal. You can’t say that the third world is unhygienic, disorganized, violent, predatory, disease-ridden, etc. and you can’t imply it’s because their societies are dysfunctional. That’s hurtful.

Speech codes are one of the many ways they control your mind. Another is social pressure or peer pressure. All of your friends watch movies and TV, listen to music, read magazines, listen to comedians, etc. and all of these — every single one — is some flavor of liberal. A few are on the verge of being moderate conservatives, but even then, not quite.

It’s voluntary propaganda. You take it in to be socially equivalent to others, and it works slowly on your brain.

Yet you also have a logical brain, and it balks at much of what you take in. Like a student with a drunk teacher, you filter out everything but what you need to know, at least as best you can. You’re aware on a subconscious level that much of what you’re being told is completely incompatible with what you know of reality.

By reality, we’re not speaking of tangible objects. We’re speaking of process and design, like how if you put too many radically different numbers into an equation for an average, you get a number that doesn’t resemble any of them.

Your society is telling you that you’ll get a better number, but you know you’re going to get an unexceptional one.

If they assimilate, the values of all these cultures are destroyed and replaced with a lowest common denominator. This is a kind of compromise, like you see happen at committee meetings. You don’t get any of the good stuff, but you get the least controversial remnants.

In fact, this gives rise to what we might call the Stevens Threshold:

Diversity (of any kind: racial, religious, ethnic, cultural, philosophical and class-based) cannot form a functional society because in the absence of a single order, a lowest common denominator is achieved, which falls below the levels of organization required for first-world civilization.

The opposite of diversity is not racism. Racial unity is important and no one sane will ever deny that. However, racial unity alone is not the solution. Instead, a cultural mandate is required which unites heritage, values, language, customs, philosophy and worldview into a single society.

You cannot achieve this mandate through negative (“Kick out the Green People!”) activity. You can only achieve it by building cultural unity, a strong sense of “Us” or who your cultural group is, and then by offering those who don’t fit a positive option for an exit, like reparations with repatriation.

As we watch this country tear itself up again over race, it’s important to step back and take a logical look at things. You do not need enmity for other races. What you do need is to state a clear and radical idea: diversity doesn’t work. It never has, and it never will, because it is fundamentally illogical. And it makes victims of us all.