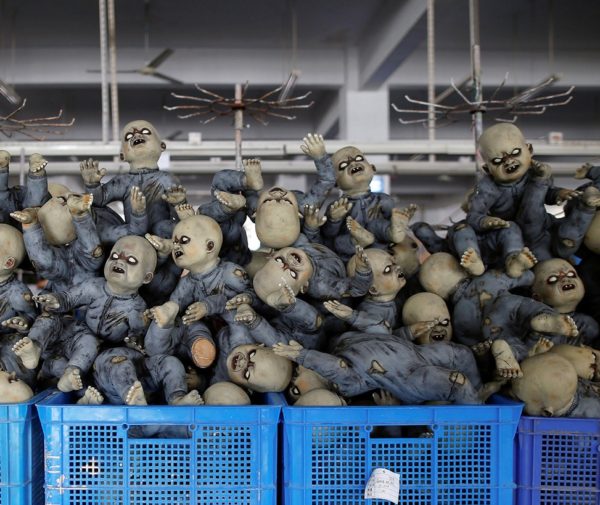 We have been writing about K and r strategies and their influence on politics for many years now, but recently, thanks mostly to The Anonymous Conservative blog, this idea has gained momentum.

Race differences in ethnocentrism are almost certainly (partly) a matter of historical evolution to a different kind of environment.

…We all sit somewhere on this spectrum, relatively closer to r or K, and this is true of nations and races. In a highly unstable but plentiful environment, such as pathogen-rich Africa, more people adopt an r-strategy. They must live fast because they will die young and unpredictably. As such, they are evolved to invest their resources in sex and have as much sex with as many people as possible. They create weak social bonds, only develop small and unstable social groups, and are highly aggressive and impulsive. All of this is designed to be able to deal with sudden, violent problems.

As the environment becomes more stable, it reaches its carrying capacity for the species. This makes it harsher and more competitive. This results in a move towards a K-strategy. You live slowly because you can better predict the future, making investments in it worthwhile.

While undoubtedly there is a genetic basis for populations choosing an r-strategy, another possibility comes to mind: the nature of civilization itself converts groups from K-strategy to r-strategy by adopting a policy of universal exclusion, thus subsidizing those who would not naturally be welcome that society.

The primary challenge to civilization comes from externalization. This takes two forms; first, the habit of people to pass along the costs of their activity to the group, in the form of socialized cost; and second, the tendency of individuals to externalize their thinking process to ideology, economics, rules, laws, popular social notions and bureaucracy.

When a civilization decides to assume responsibility for subsidizing those who are not naturally included, it shifts from rewarding a K-strategy to encouraging an r-strategy. No longer does it matter whether or not you get anything right; what matters is that you get along with others, which means deference to whatever the herd is fascinated by or fears at that moment.

Equality is the forerunner of this mindset. Equality correlates to the demands of a rogue cell in a body. This cell wants to be able to act against the interests of the body as a whole organic entity, but still be able to participate in the wealth and power of that body. Individualists form groups, known as collectivists, who demand equality for all.

At the heart of the problem is socialization itself. When people make decisions socially, they are thinking in an r-strategy mindset instead of being focused on reality, purpose and meaning, which are K-strategy decisions. For this reason, civilizations die because they become individualistic, and through doing that, remove their K-strategy focus and revert to third world social order.

White Racism Is Disguised As Anti-Racism, And Anti-White Racism Does Not Help | Cultural Appropriation Goes Both Ways