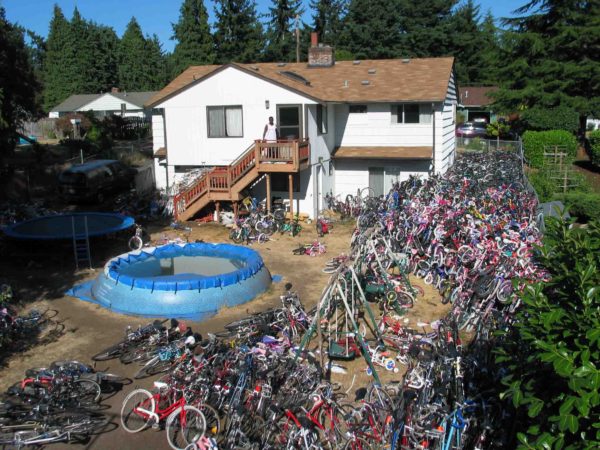 After the last election, the ripple wave passing through the Black community is notice of what has been obvious but forbidden because of a perceived need to ally with the Left.

African-Americans are recognizing that white SWPLs are anti-racist in theory, but discriminatory in action:

It got so bad in 2014 √Ę‚ā¨‚Äú 2015 that I stopped renting farmland on estates where I could be easily seen from the road, and I stopped making food deliveries into wealthier neighborhoods because of how often police would √Ę‚ā¨Ňďhappen by√Ę‚ā¨¬Ě and sometimes even question me five or ten minutes after I got a strange look from a passerby (usually someone jogging, but occasionally someone in a car). I√Ę‚ā¨‚ĄĘm not a paranoid kinda guy, but this happened way too often to be a coincidence.

It isn√Ę‚ā¨‚ĄĘt Richard Spencer calling the cops on me for farming while Black. It√Ę‚ā¨‚ĄĘs nervous White women in yoga pants with √Ę‚ā¨ŇďI√Ę‚ā¨‚ĄĘm with Her√Ę‚ā¨¬Ě and √Ę‚ā¨ŇďCoexist√Ę‚ā¨¬Ě stickers on their German SUVs.

Second is the sheer degree of cultural appropriation going on with businesses in the city proper. It√Ę‚ā¨‚ĄĘs little things √Ę‚ā¨‚Äú e.g. shops and other businesses incorporating wide swaths of hiphop culture into their branding while having not a single Black owner, partner, employee, or vendor. And those businesses are KILLING IT here. This is a town where Blackness advances White-owned brands and subjects Black-owned businesses to inspection by law enforcement.

Do you really think that problem comes from people like Richard Spencer?

White anti-racism is often designed to mask a Not In My Backyard (NIMBY) attitude to diversity. There is no better way to hide sins than to virtue signal the opposite, so that if someone calls you a racist you can point to your Black Lives Matter participation, Bob Marley posters, membership in the Diversity Council and massive collection of old school hip-hop on vinyl.

Richard Spencer is not the problem the black community faces; it struggles with the fact that white America wants to be white America, and this requires excluding everyone else but a few token minorities. At the same time, it will gladly appropriate the massive perceived authenticity of black culture and use it to sell more worthless consumer products.

On the flip side of this, anti-white racism (also called “anti-racism”) is not helping the black community either. It shields the guilty and exacerbates the problem by making white people afraid to interact with or speak truthfully to minorities. Only recognizing that every group wants to live with and interact with only its own leads out of this puzzle.