Qanon: The Path To Dictatorship 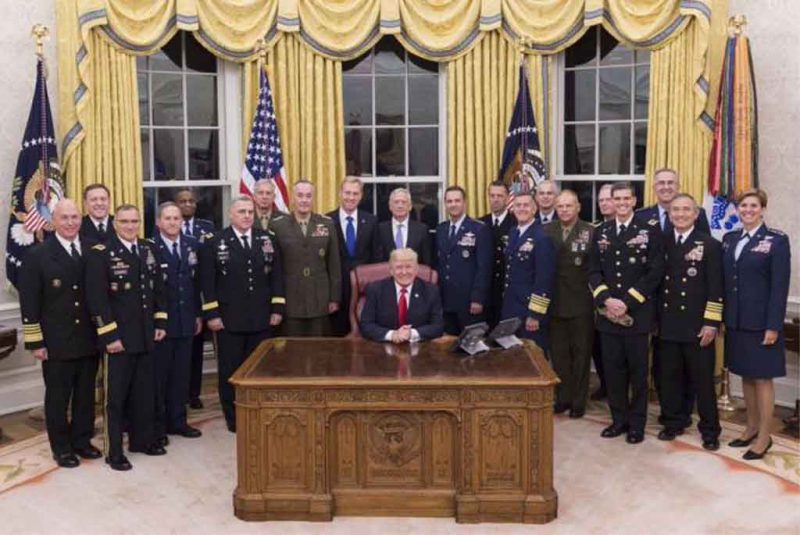 Virtually everyone following politics has heard of the #Qanon story. Religiously followed by a growing mass of disciples and vehemently assaulted by a variety of left wing propagandists ranging from Vice to Newsweek, the validity of its claims have sparked a uniquely passionate debate on both sides.  The ones championing its teaching as unquestionable truth range from imageboard dwelling millennials to a considerable number of boomers.  Be it truly the broadcast of insider intel or merely the flagship conspiracy of our time, it’s certainly an exciting read that provides quality entertainment for the end times.

But those faithfully trusting in Q to lead the overthrow of the evil “deep state cabal” and restore American democracy to the people may be missing a much darker purpose for the Qanon posts.  Used as a highly efficient propaganda tool, Q’s drops may actually be aiding an attempt to dismantle the judiciary altogether.  Should it succeed in pushing this distrust across the public through the oft-cited “Great Awakening, this narrative may actually serve to weaponize Americans into removing the only barrier left to toppling democracy and clearing the way for an Emperor to ascend to the throne. That is, of course, assuming that a coup d’etat has not already taken place.

The basic theme to the Qanon 8chan posts are that Trump and Sessions are frantically working behind the scenes to bring down what we all now know to be a very real and very corrupt deep state shadow government.  The antagonists — corrupt intelligence agency officials, congressmen, and news media plants — did not expect Trump to win and therefore are in “panic mode” over a number of crimes committed over the last eight to twenty years.  These crimes allegedly range from what we’ve seen already (election rigging, dark money, bribes take by elected officials and intelligence agencies) to the far-fetched (mass sex trafficking and pedophilia among elected officials). Some predictions have failed (Hillary Clinton being arrested in October 2017) while others have been eerily prophetic (the pope’s bizarre suggestion of changing the Lord’s prayer).

Perhaps the most compelling narrative is Q’s assertion that high level crime and corruption has been committed within Obama’s Department of Justice and heads of the intelligence agencies, going up to his Chief of Staff Loretta Lynch.  Q compares the systematic dismantling of these “bad actors” to defusing a bomb: the right wires must be cut to disable the mechanism without detonating the entire thing. In this case, the “explosion” of an inadvertent detonation would be the complete collapse of the entire Judicial Branch of America. Q warns that if such an event could occur, all court rulings throughout this period of time could be rendered null and void, and ultimately be challenged according to our current legal channels.

But what if this is the actual plan?

Thanks to the perfect storm of recent disasters ranging from James Clapper’s NSA spying (and perjury upon questioned of it) to former FBI director James  Comey’s destructive letter to Congress about reopening the Clinton email case, Deputy director Andrew McCabe’s contradicting testimony, all of the horrors of the recent IG report, and DOJ’s complete lack of prosecution of any of these crimes, the entire foundation of our intelligence agencies and judicial department is weak and may easily be toppled. The public has lost faith in our judicial department, and has lost faith in all of our intelligence agencies.

Correction: almost all of our intelligence agencies.

There is one agency that remains free of scandal, unearthed corruption, and public distrust: Military Intelligence.  Coincidentally, this is the one place that Trump seems to be comfortably nestled within, protected by its rank and file like the walls of an impenetrable fortress.  Some even speculate that the Qanon postings are an MI counter op that was planned since before Trump took the Oval Office:

According to veteran investigative reporter and best selling author, Dr. Jerome Corsi, he was approached three years ago by a group of generals and told that Donald Trump had been recruited by U.S. military intelligence to run in the 2016 Presidential elections, and subsequently help remove corrupt Deep State officials from positions of power. Corsi claims that QAnon represents the same group of senior military intelligence officials who are exposing the Deep State corruption and officials involved in a history of treasonous actions against the U.S. Republic.

Trump has, from the start of his presidency, surrounded himself by generals and high ranking military personnel.  He has given in to their demands even when in strict opposition to his voter base’s opinion. His spending budget was riddled with Democrat concessions in favor of remarkable military spending. In nearly all of his speeches he’s praised his soldiers and even suggested an American military parade.   This is likely why Q believes Trump is completely untouchable by Mueller’s highly biased quest to ignite a Trump impeachment, as indicated in many of his posts.

It is without question that America’s deep state will go full throttle to attempt to sabotage the Trump presidency before their crimes are unearthed and prosecuted.  We now know that Obama had spies inside Trump’s campaign, had FBI agents offering his colleagues damaging information on Hillary on behalf of Russia, and had baited a “Russian Collusion” setup in the strange event that he would win.  Whether or not Trump actually committed any crimes during his campaign is insignificant: Mueller is going to attempt to set the stage for an impeachment vote, and the media will throw everything they have at the public to get them to consider.  If this fails, they will use all of the media weapons at their disposal to grow a public uprising to try to force Trump out of power while rogue intelligence agents (now removed) will try to sabotage any investigations that may deter this.

But through this gamble, they have inadvertently cleared the path for Trump to garner the public support he needs to overthrow the constitution and seize full authoritarian control of America.  He has already successfully (and thankfully) dismantled the public’s trust of the mainstream media by proving their complete corruption.  This is step two of overthrowing any democracy, with step one being garnering control of the military (which Trump appears to already have done).  To complete the transition, he needs to either attain control of or dismantle the judicial branch.  With the unprecedented Democrat stonewalling on all of his judicial appointees, the former may not be possible. But with the massive failures of all intelligence agencies and the years of DOJ failures to prosecute criminal swamp creatures, there is a growing consensus that our judicial system is broken beyond repair.  Should evidence arrive that the DOJ was compromised; the stage will be set for Trump to conquer.

Qanon’s world is built upon a presumed “great awakening” within public consciousness.  But this awakening might actually be a conditioning: a conditioning of the masses to rally behind Trump’s military order at any cost. And its likelihood of success is very considerable: it is without a doubt that any attempt to remove Trump, no matter what the grounds or the crime, will be met with the full wrath of most of our country.  With at least half of the population firmly behind Trump (unironically the half who is likely to own a firearm), and the power of a strengthened military at his disposal, Trump should be able to seize the throne without much resistance.

It’s possible that Q is just a conspiracy theory, and it’s also possible that it’s real.  But to assume either may underestimate its purpose and its potential.  Q may instead be a sign of the empire to come, and a powerful weapon in crafting its long-overdue reign.  If this is a case, we can look forward to an end of many of the liberal woes we’ve seen over the last 50 years.