Public image and the battle for social control 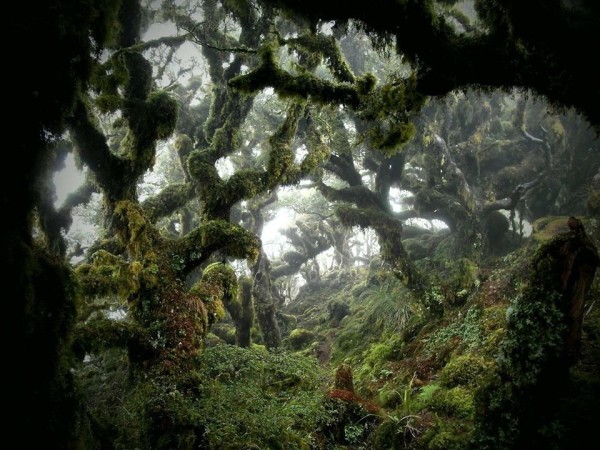 No such thing as a “free society” exists. Every society has its rules and mores. Some try to pare that down to only direct intervention against others — theft, assault and murder — but this ignores the ability of people to change society itself and thus destroy the environment someone else wants to live in. The ideal of “freedom” is people living in little cubes where they have complete control, not communicating with one another because every action could lead to offense.

No one likes to hear that.

We like the idea of being able to make changes to society and then have it continue otherwise unchanged. Like people throwing rocks in a pond, we want the splash, but not the ripples that eventually rock our boat and make it hard to aim. When people talk about their political ideas, they mean as additions or deletions to the present, with no secondary consequences. That world exists nowhere but in the human mind.

As a result of needing to limit “freedom” — a word never defined — societies tend to impose forms of social control on their population. Some of this is through government, but as the great Communist and Nazi experiments showed us, this is less effective than buying up ad space in newspapers and co-scripting television shows. People emulate what they see. Even better, they use what they see as a means of moral superiority to enforce on each other. Every society no matter how “advanced” has these means of indirect control.

One of the most powerful of these is shame. When someone does something out of line, people gather together spontaneously to observe that person and comment or otherwise communicate displeasure. The difference between groups shaming people for transgressions, or merely one-upping them according to whatever paradigm is dominant, takes some effort to see. But shame and guilt rule us. As Ed West writes:

One possibility is that it is a reflection of the gap between shame and guilt cultures, a distinction suggested by anthropologists such as Ruth Benedict. It was Benedict who laid out the differences between Americaâ€™s guilt culture, emphasising internal conscience, and Japanâ€™s shame culture, which in contrast looked at how behaviour appears to outsiders.

…There are at least two theories as to what drove the creation of a guilt culture. One is that European societies tended to involve far more interaction with people to whom we are not related, and internalising oneâ€™s conscience was the only way of adapting from more clannish societies. The other, and more likely cause, is Christianity, which transformed shame-based societies, like that of Anglo-Saxon England, into guilt-based ones.

Here he is both insightful, and a bit confused. There are two axes here: guilt<->shame and internal<->external. The point he hits on that is worth our attention is that our culture has made itself sick with guilt; what he does not do is identify how cultures can be internally-directed shame cultures (Japan, Anglo-Saxon England) or externally-directed guilt cultures, like our present civilization in the West. Internally directed means that people feel a sense of unwellness when they are transgressing; externally-directed means that they are afraid of how they look to others. Our guilt over refugees comes from both our internal sense of fair play, which is dismayed at the mess that most of the world is, but also from our conditioning by external forces to feel awkward around anything that is not explicitly egalitarian. In this sense, the guilt/shame distinction is secondary to how that guilt/shame is judged, whether is internal from a desire to fit into social order, or external from a desire not to be excluded from a social order. As with all things egalitarian, equality operates by a negative quantum, removing those who are not egalitarian enough. That is where our modern Western guilt culture originates.

While he all but blames Christianity, it seems likely that another source has transformed us: public opinion. How we are seen by others, in an egalitarian time, determines our survival. Since we are all equal and free, people are free to abandon us if they think we are “bad,” and bad is conveniently defined as all that is not egalitarian. As a result, we are caught in a type of soft totalitarianism where we either act out egalitarian ideals, or we are punished; even more, those who become famous for being egalitarian — our politicians and elites — rise above the rest. This creates a squabbling herd determined on an individual level to out-do each other for asserting egalitarianism, and shaming those who do not live up to. Our public guilt is thus created externally by people competing out of fear that they will be found to be ideological enemies of our society.

A user named “1665averygoodyear” had the following commentary to add:

The reason that Europe is so in thrall to this new intolerance – namely the myth of multiculturalism – is because of the Nazis. The entirety of western history post 1945 is best viewed as an attempt to come to terms with, and atone for, the horrors of the Second World War, seeing their ghastly apotheosis in the fires of Belsen and Auschwitz.

A narrative that placed the blame firmly on the shoulders of White European Nationalism was formed. And the vehemence of the reaction was such that this narrative spread to include the basic concept of European society. The very idea of Europe and the West was fundamentally rejected. Not only that, but the hatred for anything to resembles traditional European culture is such that the Jews and Israel, being white and ethnocentric, ironically have also become subject to this rejection.

Almost every single left wing person in this country is walking around with a deep, deep sense of shame and internalised self hatred. It seeps from their pores and manifests itself in their all consuming desire to prostrate themselves (and our society) at the feet of anyone and anything that they feel is un-European. Everything that has been foisted on us as a result of multiculturalism is just a tiny tiny portion of what they deem to be adequate reparations for our colonial and ethnocentric histories.

The famous quip that it’s ‘too early to tell’ what to think of the French Revolution, could equally be applied to World War II. The entire basis of western society for the past two millennia has been fundamentally revoked and undermined, and the ramifications will be so far-reaching and profound that we are only just starting to appreciate them.

His or her comment about the “famous quip” refers to the fact that when looking at history one sees how consequences of actions take centuries or millennia to manifest. The laws of 1965 will still have massive impact in 2065 and 2965, but lawyers and politicians do not want you thinking about that, as then you would become more conservative and oppose all changes which did not have a thousand-year record of success, which rules out almost everything profitable. The point is that without precedent, we reversed our civilization with the French Revolution and then again by denying nationalism. Even liberal republics over time drift toward nationalism as a way of keeping their people together; however, liberals hate that idea because they fear differences between themselves and others, which means any social standard like culture — tied to heritage — must go. And so they war against nationalism and with World War II, got their excuse to declare it a bad psychology like drug addiction, crime and smoking in bed.

Another point of view on this topic comes from Megan McArdle:

The elevation of microaggressions into a social phenomenon with a specific name and increasingly public redress marks a dramatic social change, and two sociologists, Bradley Campbell and Jason Manning, have a fascinating paper exploring what this shift looks like, and what it means. (Jonathan Haidt has provided a very useful CliffsNotes version.)

Western society, they argue, has shifted from an honor culture — in which slights are taken very seriously, and avenged by the one slighted — to a dignity culture, in which personal revenge is discouraged, and justice is outsourced to third parties, primarily the law. The law being a cumbersome beast, people in dignity cultures are encouraged to ignore slights, or negotiate them privately by talking with the offender, rather than seeking some more punitive sanction.

Here we have another axis: honor/dignity. This explains more of the mechanism of control in our society, which is that “freedom” of speech trumps freedom of public integrity, which puts all of us on the defense against large mobs of people shouting nasty things about us. The only real winning strategy is total anonymity, which anecdotally seems to be the choice of successful people who work outside of public-facing jobs. But this dignity culture, like the guilt/shame culture of the modern West, is also externally-directed which means the definition and motivation behind guilt is public opinion, not an internal sense of right and wrong. The shift to dignity culture reflects that movement toward dictatorship by public opinion.

This brings to mind a fatal flaw in our society, which is that it has become an echo chamber formed of people who are afraid to contravene the public opinion, while they seek to enforce the dominant paradigm in new ways and through that novelty, to rise in social status. As John Faithful Hamer writes:

In Bright-Sided: How Positive Thinking is Undermining America (2010), Barbara Ehrenreich maintains that getting rid of all of the â€œnegative peopleâ€ in your life is a recipe for disaster: â€œWhat would it mean in practice to eliminate all the â€˜negative peopleâ€™ from oneâ€™s life? It might be a good move to separate from a chronically carping spouse, but it is not so easy to abandon the whiny toddler, the colicky infant, or the sullen teenager. And at the workplace, while itâ€™s probably advisable to detect and terminate those who show signs of becoming mass killers, there are other annoying people who might actually have something useful to say: the financial officer who keeps worrying about the bankâ€™s subprime mortgage exposure or the auto executive who questions the companyâ€™s overinvestment in SUVs and trucks. Purge everyone who â€˜brings you down,â€™ and you risk being very lonely or, what is worse, cut off from reality. The challenge of family life, or group life of any kind, is to keep gauging the moods of others, accommodating to their insights, and offering comfort when needed.â€

We are cruising to disaster because egalitarianism has made it impossible to express anything but an egalitarian opinion, and it rewards those who become more egalitarian than others. In addition, by its nature of being based in public opinion, the society dedicated toward equality shifts from a moral framework (internally-directed) to a appearance standard based in public opinion. This means that we have created a method of censorship more effective than those of the NSDAP and USSR; we have made ourselves into a howling mob that destroys any who deviate from the Official Story. If you wonder why our society cannot understand or address its own visibly evident but commonly denied problems, it is this shift toward externally-directed guilt, shame and dignity as a means of replacing their internal variants, which protected disagreement but were less convenient for purposes of social control.

One of Us: The Story of Anders Breivik and the Massacre in Norway, by Åsne Seierstad | The return of darkness and evil