One of Us: The Story of Anders Breivik and the Massacre in Norway, by Åsne Seierstad 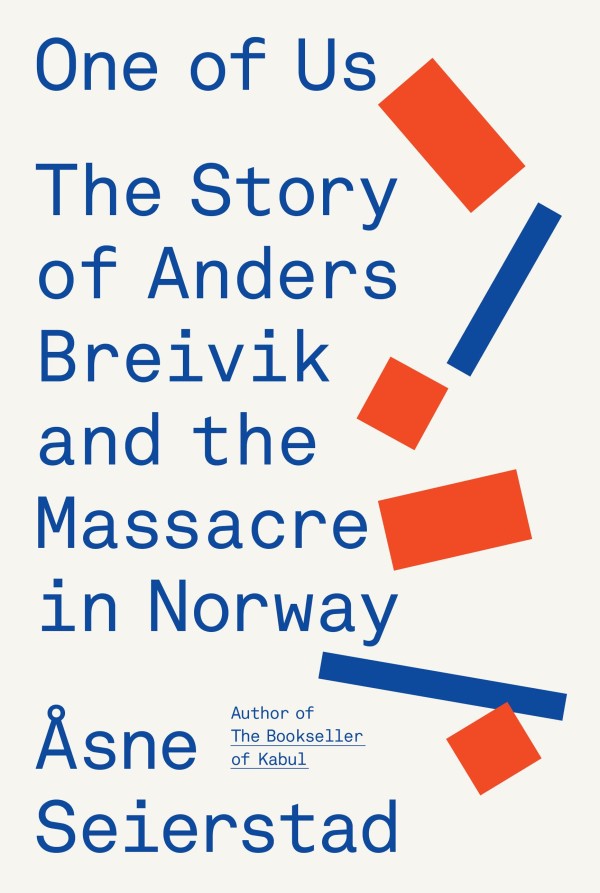 Anders Breivik continues to attract interest because he did what no conservative irked by multiculturalism will do: he blamed his own people, specifically liberals, and raised the cost of being a liberal to include the risk of death. Liberals now can preach full Communism wherever they want with zero repercussions; Breivik forever changed that in Norway, where parents now think twice about letting their children get involved with the Young Marxists. Typical of liberals, they are oblivious to the consequences of their actions until personal risk appears.

Åsne Seierstad, a somewhat typically neurotic journalist, does a fair job of chronicling the preparation and execution of the terror attacks at Utøya Island on July 22, 2011. Breivik executed 69 teenagers who were attending a far-left propaganda camp and killed eight more people in downtown Oslo with a Timothy McVeigh style ANFO car bomb. He explained his motivation as opposition to multiculturalism and leftism, which he sees as destroying Norway and Europe, and was sentenced to twenty-one years in a sentence that self-renews if he is still viewed as a threat to society, the equivalent of a life sentence anywhere else. He also raised eyebrows by giving the Roman salute during his trial. Seierstad chronicles all of these events faithfully and only goes awry when she tries to, in typical liberal fashion, provide a psychology that explains away Breivik’s concerns and acts.

He was rejected by those who mattered.
He did not fit in. He was patient and persistent, but he never it to the top of World of Warcraft. He was never among the Top 500 on the servers that matters, and thus was never ranked.
He acted like a king, when he was only a toy. (130)

One of Us: The Story of Anders Breivik and the Massacre in Norway runs over 500 pages; to waste space on conjecture of that nature is not only irresponsible, but self-impressed to the point of narcissism. If any psychology is being revealed here, it is Seierstad, and her unprofessionalism in this regard — while the norm — lessens the power of this book. However, it also has numerous strengths. For one thing, Seierstad does an excellent job of speaking through her characters because she uses original research and, when possible, their words. She gives plenty of page time to Breivik and his statements to police as well as excerpts from his 1500 page manifesto and bibliography (in which Amerika.org was cited, in section 2.86). The latter half of the book seems almost sympathetic to Breivik, and in the former half, she acknowledges without blame the problems afflicting Norway, including first-world neurosis and boredom, immigration and failed multiculturalism, and the general ineptitude of government officials. Her description of the police response to the massacre could read like a Three Stooges episode, in parallel to the earlier incompetence of social workers trying to help Breivik’s mother, Wenche. Everywhere the utter instability of the Nordic Marxist-influenced society leaks out and provides a resonant backdrop to the motivation and ideological alignment of her central character.

The interrogation continued in the car on the way to Oslo. The officers asked Breivik to tell them honestly whether any more attacks were planned. He answered that: ‘If I give you that, I’ll have nothing.’

‘It’s important to curb people’s fears now,’ objected the police. Breivik retorted that it was up to the powers of law and order to make people feel safe.

‘It’s beyond our power to reassure the Norwegian people now, so you have achieved that effect.’

This book takes a long time to get to the massacre, thankfully rushes through the massacre because shooting unarmed people is not all that interesting, and makes the trial less than boring which is a feat since almost all trials are mostly tedium. Seierstad picks crucial passages from Breivik’s statements to use in his dialogue with police, the press and the courts, and will give a casual reader a good idea of where he was going. Unlike a Hollywood production, she does not dumb down the ideation behind the attack; like Hollywood, she inserts too much focus on people and emotions that while important to readers, are fundamentally disconnected from what should be the focus, which is the issues and the change in history. She writes moderately, using very similar language with trope-cliché flair in the form of dramatic chapter endings, linguistic flourishes, excessive metaphors and the like. These are all standard to NPR, Salon, The Atlantic and other mainstream media standards for what is “good writing,” but this is not good writing. It is adequate, and with that none should have a problem, but it frequently becomes pretentious and adorns itself with decorations when it should focus on being functional and finding a way to make that interesting, as Seierstad did with the trial. A good editor could cut several hundred pages from this book and lose nothing of import.

When an event of political violence occurs, people rush to label it a tragedy and to paper over it with moral platitudes so that no one looks into the motivations of those involved. If Seierstad has a triumph, it is that she reveals the origins of Breivik and what shaped him; if she has a shame, it is the 200+ additional pages of focus on the victims, attempts to psychoanalyze Breivik, and other not really relevant material. She may have included that merely to disguise her quasi-affection for her subject, or because people are cud-chewing bovines who need a certain amount of “human interest.” Those parts are worth skimming over in this book because they contribute nothing; there is not enough about these victims to make them really impressive, which may explain why they were leftists. The real story here is the breakdown of Norwegian society and how it produces highly alienated people, and how one of these decided to act, and changed politics in Norway as a result.