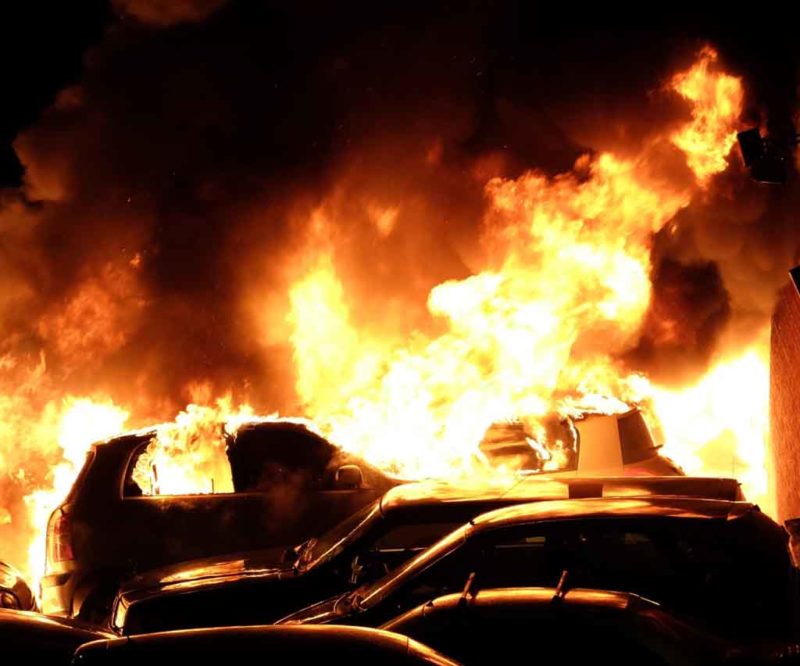 The Left deals in fears. They describe scenarios that they fear and then invent solutions that sort of command those scenarios not to exist, instead of looking at the reasons why they exist (and in many cases, recur). For this reason, it is always sensible to listen to the Left and see what they are on about.

Thus it seems wise to listen to Maxine Waters when she talks about reparations:

â€œIn order to get where we need to go on this issue and other issues, we really got to understand that 2018 is important in taking back the House and taking back the Senate,â€ Waters said.

â€œAnd of course, weâ€™ve got to get the White House back.â€

She continued, â€œIf we want to get to the point where we can get reparations, weâ€™ve got to have the power to do that, Number 1, by having a supportive president would be wonderful, but taking back the House would be absolutely wonderful.”

For a moment, step back from your preconceptions and view this world from the viewpoint of a minority group who were not the founders of a nation.

This place was not designed for you. None of its symbols, customs, values, imagery, or history fits you. In fact, the majority only makes it worse when they try to include you, because this does not negate the fact that you were brought here as labor, whether in chains or as a low-paid immigrant.

This applies to every group but the founding Western Europeans. If you are not English, German, Scots, Dutch, northern French, or Nordic, you are going to find that the founding group look different from you and their values and customs are alien to you. Their ways exclude the ways you need to live and behave.

And those nice majority people? They seem friendly, but you know that everyone acts in their own best interests and wants to live among people like themselves. When they run off to a Whitopia, you know that even if you batter down the doors and get in, that place is Not For You.

You contemplate going back to your source nation. It might be a little rough, but there are great places to live in Africa, Asia, and the Middle East. Your middle classes now have the knowledge they picked up at trade schools and business schools to make an American/European-style first world nation within the third world.

The biggest problem you foresee is political instability. Then again, with an infusion of first world trained people, tolerance for that kind of nonsense will fall. It is a gamble, but you could end up coming out far ahead, especially at the existential level. You would know what to do to be rewarded and succeed, and experience less anxiety.

However, it is going to feel like a defeat if you are just thrown out. That seems unjust and dismissive. However, you know that no matter how much welfare and reparations you are given, it will never really feel right here, either. And yet you feel like you are owed something.

As it becomes clear that diversity is over, people who are not of the founding group are considering their options. Inevitably, the wall of protection — anti-discrimination, affirmative action, anti-“racist” groups, and the entitlements state — are going to fall as Amerika gears up to take on China.

With that in mind, we can consider the only sane idea: reparations-with-repatriation. In other words, every person who is not of the founding group is given a certain amount of money on the condition that they revoke their own citizenship and repatriate to their continent of genetic origin (COGO).

Most of the pushback against this comes from hardcore conservatives. “Not a red damn cent!” they growl, feeling self-righteous. “People should come here to assimilate, be like us and follow our ways, and if they do not like that, they can Go Back Home on their own dime.”

This approach is both lacking in compassion and lacking in realism. We know the current way does not work; we want to end it without making people justifiably hate us. Ending our welfare state will give us a momentary monetary boon both as the economy booms and as our expenses fall. A one-time cost to end the travesty of diversity is well-spent.

We should take Maxine Waters at her word, but add our own: repatriation. Otherwise, calls for reparations will become a regular event like the race riots, employment lawsuits, diversity officers, welfare, crime, violence, and lack of social order that we suffer from diversity.

We can end this wound now and forever. Let us shake hands, give a gift of goodwill, and send the people who are not of the founding group on their way. That way, for both us and them, normal and healthy life can resume.