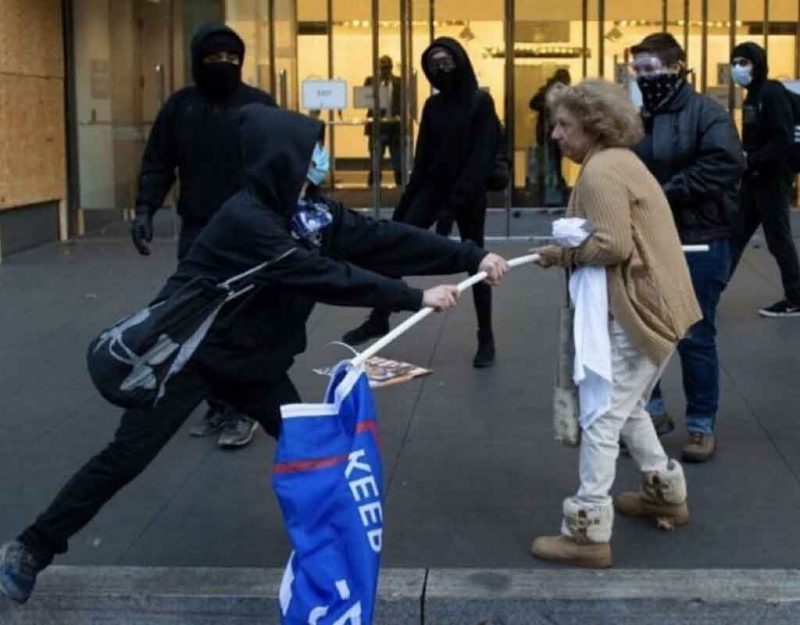 What can we expect if Joe Biden becomes President? Michael Anton summarizes:

More of all the trends, policies, and practices that revolutionized American life in the 1960s, that enrich the ruling class and its foot soldiers at middle America’s expense, erode our natural and constitutionally guaranteed rights and liberties, degrade our culture and its people, and dishonor our heritage and history. The war on those who self-identify as Americans, and only as Americans, who love their country despite its flaws—who are certain in their bones that its strengths and glories vastly outweigh its historic and present shortcomings—waged by those who hate America and Americans, who want to destroy the former and crush the latter, will go on.

“Anarcho-tyranny” will perhaps be the most defining characteristic of the next Democrat administration:

[T]he combination of oppressive government power against the innocent and the lawabiding and, simultaneously, a grotesque paralysis of the ability or the will to use that power to carry out basic public duties such as protection of public safety.

The fractious Left-liberal coalition is divided on important issues about foreign policy, environmentalism, economics, and healthcare. To gloss over those divisions, everyone left of center tries to focus on their common enemies — for the last four years, opposition to Donald Trump was the glue that kept together all the squabbling factions. A Democrat President will need something (or somebody) new, and whatever it is will face the might of America’s sprawling surveillance state, judicial overreach, and militarized police. Meanwhile, rioters, looters, antifa, and Black Lives Matter will be handled with kid gloves, even more than they are now.

After last summer’s riots, I listed specifics for readers hoping to be better prepared for the fire next time. I recommend them even more highly now.

Parasite Load In The Age of Democracy | Foreign Interference