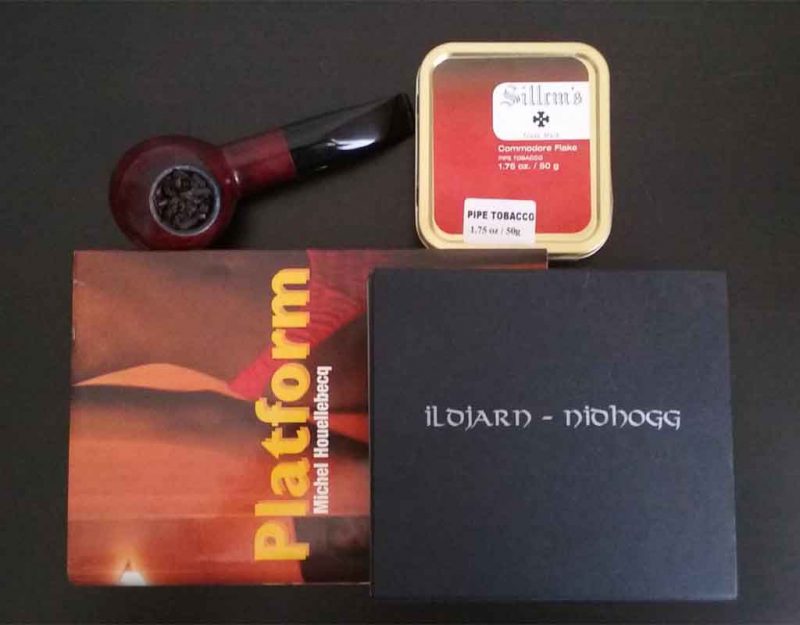 Politics ultimately studies organization, or how to arrange and motivate groups of people in order to achieve certain results. This implicates two other skill-sets, philosophy and psychology, as we attempt to find out what people (generally, or generically) want.

In an effort to make political theory more relevant, most writing focuses on current events and material concerns like wages and taxes, but at the core of political thinking lurks the existential questions of “What is the purpose of life?” and “How do I live the best possible life?”

Alert readers — I like to think we have no other kind — will notice that the latter was the topic of what is one of my favorite books, The Republic. I rank it up there with Naked Lunch, Pride and Prejudice, and The Genealogy of Morals as a fundamental influence.

That book ably starts at the core of politics, namely the question of why we do anything. It posits that we want a sane political order so that we may live the best possible life, and then describes why everything else provides less of a powerful order.

In this way, it hopes to motivate individuals to overlook the fact that they may not get everything they want in the short-term from a sane political order, but that in the long term, their lives will be more enjoyable, valuable, and free of torment, as will their souls.

Existential stress motivates much of our political thinking. We feel satisfied with our lives until we see that some other monkey has more or better than we do. Seeing that makes us fear that we do not have the best life possible for ourselves, which brings in the troubling specter of natural selection.

As animals geared toward survival, we fear doing something that is lesser or inferior because that means that someone else is getting ahead and we are falling behind, making us more likely to be among those weeded out in this generation.

Consequently, every human group — if not ordered — will consist of people chasing various illusions under the “grass is greener” theory that someone else might be getting ahead, and therefore we need to do what they are doing or demand they include us in the new big thing that is happening.

Why are humans wired for both conformity and envy? It comes from this desire to avoid missing out.

This leads us to the backdoor into humanity through which are always hacked, which is individualism, or seeing the world in terms of the individual alone. You can make someone change if they perceive immediate personal benefit, but not for long-term benefit conveyed through a something else.

For example, most people would rather have a relatively small amount of cash right now instead of a society which has less crime, more learning, or a better form of organization. To them, the question becomes what benefit that they can understand which will make their lives better.

Enter the traditionalist ideal. Derived from the Platonic idea of “forms,” or eternal patterns that recur anywhere there are similar influences, traditionalism holds that there is a form for civilization which exists in every age but is rejected by humans in eras of decline.

Many confuse this with religious universalism. They think that this form must be handed down by God/gods directly, but forget that it is an adaptive response to our world like other human behaviors.

The mathematics of human life — the ways in which we organize ourselves and their efficiency — tell us what will be an ideal civilization. Not everyone can see it, and it will never win an election. It requires people to subsume individualism behind the idea that having a stable, healthy, and sane civilization is more valuable than any role in the opposite, which is what you get (in increasing degrees) when you deviate from the traditional civilization model.

In other words, the good life begins with a good civilization because it is the context in which the individual exists, and therefore, determines a good deal of what is possible. It also determines what is rewarded, and whether positive effects will live on for generations or vanish quickly in a flood of novelties and distractions.

A good civilization tends to be a minimal one. It is unadorned, formal, and without much drama. This sounds boring until you realize that one cannot expect the world to be entertaining; as individuals, we must find our own meaning and our own stimulation, not get it from distraction around us because paying attention to that takes us away from our goals.

When we wander through life, and accept that whatever comes our way is our purpose, we have surrendered moral agency and instead are assuming that life consists of whatever stimulus we encountered, fitting our hypothesis that we should passively drift through life and “experience” it rather than act within it toward a goal.

If we refuse to act using our minds, consciences, and moral agency, we have nullified ourselves as we drift through external distractions designed to hide the emptiness of that state.

The traditional civilization, then, appears to our eyes as a deliberate and minimized one. Few rules, no advertising, customs predominate over government, and people tend to look inward for entertainment and self-esteem. Society functions toward a goal of improvement through unity.

One classic attribute of traditional civilization appears in its embrace of parallels. All of its arms — leaders, society, institutions, science, religion, art — share the same basic idea and express it, instead of trying to compete to be “unique.” Natural order and divine order are seen as mirror images, with humans attempting to fit into the combined ideal.

Parallelism, like hierarchy, counters the human desire for one giant universal authority to rule everything and make it safe, sparing us the fear of natural selection. These systems tend to focus on collective reward, or ensuring that everyone benefits regardless of their errors, which requires a centralized authority, creating a false sense of unity.

The herd mistakes unison — everyone doing the same thing at once — for unity, or all people working toward the incarnation of the same civilization order, according to their own abilities and specializations. Unison bias is a form of neurosis, or confusion of cause and effect resulting in a superstitious (yet “scientific”) outlook toward life.

Liberalization consists of relaxing of rules and most importantly, standards, so that no one ranks below for being less competent or morally good. This allows all to participate but more importantly, all to derive benefit from their participation, so none are eliminated by natural selection.

This manifests itself in class warfare, or a desire to pull down those who are naturally talented so that all can participate on the same level. This later leads to an obsessive internationalism, or desire to erase the differences between national groups.

At some point, we must view Leftism as merely standardization, or treating humanity like equal objects upon which we imprint the correct dogma. When we are all interchangeable, anyone can participate anywhere at any time, since differences have been erased.

This brings out the herd instinct, which is a desire to do what others do in order to avoid the possibility of choosing wrong and facing a natural selection event; in this pathology, individuals do what others do and then rationalize it as what they wanted.

That in turn sets up the modern dichotomy of self or world, or self versus herd, when in fact it forgets the third option, which is transcendental order. This consists of looking within to find an appreciation for the wisdom of the natural order, and acting within it.

For those who fear natural selection, such a thing remains verboten because then we must decide where we fit in the world, and inevitably this leads to inequality and social classes. Some are destined to rise above the rest, and that offends the ravening mob.

Individualists — the real “me firsters” — form a herd with the useful idiots (people who just go along with whatever seems normal, profitable, or trendy/iconoclastic) in order to avoid transcendental thought and focus instead on what they want.

The herd, after all, provides the best cover for any selfish person. They can proclaim altruism, make token gestures, and then in private do whatever they want.

Unfortunately for humanity, that tendency exploits our Achilles Heel, which is a bourgeois tendency to try to please others so that they do business with us. If you saw how people became popular in high school, or how merchants will do anything to please a customer, this is the same psychology.

People of that outlook fear the transcendent because they know that it is an ends-over-means ideal. The end or goal is the perpetuation of the natural order, and enhancement of civilization within it, which minimizes the individual and emphasizes promotion of the naturally talented.

Much gnashing of teeth, kicking of heels, wailing, and writing of urgent Twitter messages follows.

Those who embrace the herd think of it is as a mechanical suit that they strap on which gives them the powers of a god. With the herd supporting them, they can summon a personal army to tear down anything they want.

A problem arises in that after so much tearing down, nothing functional remains, and then these people find themselves weeping at the lack of social order, functional institutions, and most of all comradeship with others in their society.

They have become atomized, or islands in themselves. It turns out that the bargain with the devil that is total autonomy also severs connections to people, ideas, and natural cycles, and it leaves behind empty and miserable people.

With this consideration in mind, the best life cannot be found in the herd or in individualism. It can only be found in having a purpose, and acting in unity toward the good in a natural selection sense of favoring the more functional over the less.

Those who achieve this state of mind tend to live long and happy lives, even when circumstances do not go their way. The transcendent mindset nurtures them and brings them joy.

Many of them also smoke pipes, and some of those enjoy Irish Flake. This densely compressed leaf, flavored with anise and other magic, combines the delights of Burley with Virginias, and burns like a dream without drying. It takes a bit of work to get going, like all good things in life.

It never seemed to be a favorite around here until I realized that the little square tins seemed to get empty really fast after opening. That is, once you find something you thoroughly enjoy, you tend to keep smoking it until your fingers grasp nothing but metal.

Similarly, Sillem Commodore Flake provides an enjoyable oddball smoking experience. Merging two smoke-cured tobaccos, dark fired Kentucky Burley and Latakia, it integrates a Virginia flake with a rich, spicy tang through which the sweetness filters like molasses. And yet, even this tin has long expired.

Those are sad times, perhaps, but there is always the hope that more can be found in the cabinet, or at the comfortable pipe shop a few miles away. The order of life holds that more will be grown and find its way to you, even when it seems unlikely.