Our Road To Hell Is Paved With “Good Conservatives”

by Jonathan Peter Wilkinson on December 21, 2018 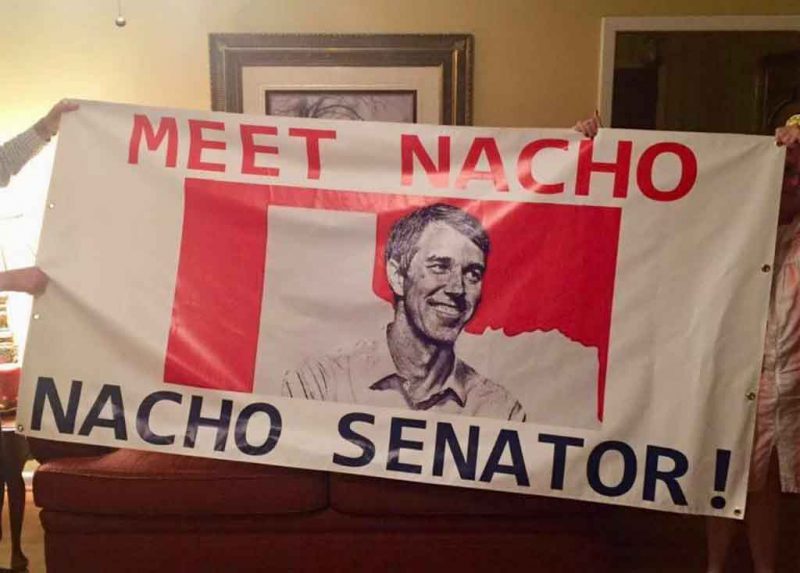 The limited good that cuckservatives do is buried with their bones. Their insidious ability to undermine the most Rightward functioning Conservative lives on past their demise. Kurt Schlichter explains how this Cucking from The Great Beyond works.

“If only the Republican Party were dominated by a Republican like [Insert Name of Dead Republican Here] instead of that awful, awful Trump!” they sobbed as they shed their crock-adile tears, because it was a crock. There’s never going to be a Republican with a pulse who is not Der Führer reborn. Not McCain. Not Mitt. Not Bush 1.0 or 2.0. And Jeb!, had he become 3.0, would have been Hitler too.

Back during the run-up to the 2012 Election pitting Glorious Saint Barack against Mitt Wolfenstein Rommel, my Left-of-Hugo-Chavez sister sent me a snarky email making the rounds in the Richmond, VA Libertardation People’s Commune, known to the locals as The Fan. It described the sort of Republican they would be proud to support.

He was a man who knew the limits of the role a military should have in our society. He was also willing to send this military into any community who failed to realize how vital Civil Rights were. (They really managed to put these two bullet points in the same email). He built great infrastructure projects whenever his nation needed stimulus. (Note the 2012 time period this was circulated). He was a modest man who didn’t need to put his family on display at all times and talk about the superiority of his values.

He was, of course, dead. He was Dwight David Eisenhower and according to the fiddle-fork who composed this nonsensical missive, he was the last good conservative. Things were so much better and more bipartisan back then. Just ask outgoing Democratic President Harry Truman.

So we now get a similar revisionist hagiography for Evil Amerikan Emperor, Bush I. Bush I was a waddling point source of Cuck-Flatulence while alive. The term Voodoo-Economics was used throught the 1980 Election Season as a battering ram against Ronald Reagan. It didn’t come from any Democratic Party Mouth of Sauron. It was George Bush’s degenerative semantic from the earlier primary season. Yet rather than being struck from the roster of acceptable Conservatives and sent to wither in the void with condign wailing and gnashing of false teeth, Bush I was appointed Reagan’s VP.

Bush I came to power and proceeded to formulate the NAFTA Treaty Donald J. Trump ran for president in part to destroy on behalf of a grateful nation. He coined the term New World Order and really did make Amerika the world’s police officer. Lucky us! So there really was much for the Globalist Liberals to love about Bush I. You’ll hear these hosannas because, you know, he’s that different from current Republican President Donald J. Trump. What were things like when the Bush’s were still capable of wielding influence and actually winning votes?

Different. We’ll start with how the media reported on Bush I’s dad, Senator Prescott Bush back in 2004.

George (W) Bush’s grandfather, the late US senator Prescott Bush, was a director and shareholder of companies that profited from their involvement with the financial backers of Nazi Germany. The Guardian has obtained confirmation from newly discovered files in the US National Archives that a firm of which Prescott Bush was a director was involved with the financial architects of Nazism. His business dealings, which continued until his company’s assets were seized in 1942 under the Trading with the Enemy Act, has led more than 60 years later to a civil action for damages being brought in Germany against the Bush family by two former slave labourers at Auschwitz and to a hum of pre-election controversy.

When the Left is running against you, they run stories about the poor, humble proletarians that grandpa helped lock up in Auschwitz. Damn, I wish I was good enough to make this sort nonsense up! I guess the poor blighters he stuffed in Treblinka were unavailable for comment. And then there was what Bill Clinton and Upstart Al had to say about Bush I in 1992. “He has driven the wagon into the ditch!” Claimed the up-jumped hick from Carthage, TN. Bill Clinton proclaimed that “Those without Vision shall Perish!” And what was the deal with H. Ross Perot’s anti- Bush jihad? All of this was directed at stopping him while Bush I lived. Now that he’s dead?

They’re all glad he was nice Republican. You know, not at all like somebody else. Indeed the road to hell is paved with dead “good Conservatives.”