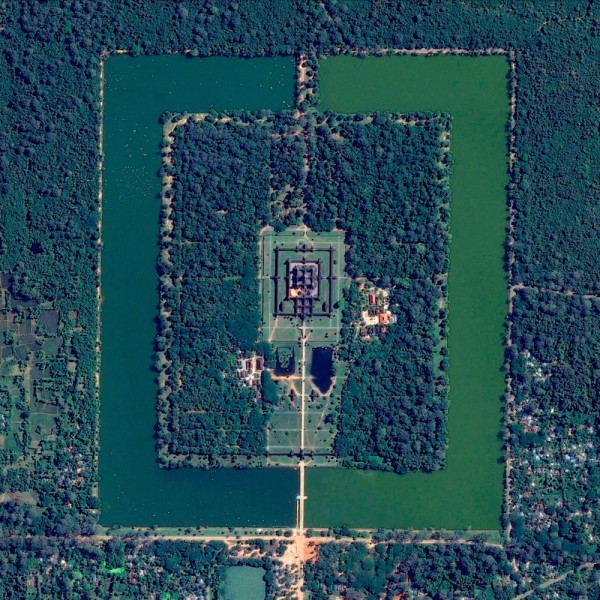 For each powerful thing in our world, an opportunity cost is created. This can be what we forego in order to have that thing, or the disadvantages of using it. Opportunity costs represent the sum of costs and obligations incurred by doing something.

Civilization itself has an opportunity cost: the ideas of “freedom” and “free will” are dead, although people who want to sell you products will adamantly rant otherwise. Whether a contract or not, civilization is an agreement to cooperate made between all members of a group and entails not compromise necessarily but outright giving up of certain abilities.

For example, all of us hate annoying people; without civilization, when you encounter one in the wild, you gut him like a pig and use him to feed the worms you will use to go fishing next season. Problem solved. 100%.

In civilization, people need assurances that someone will not deceptively attack them while they are conducting the business required by civilization. In the wild, one is always on one’s guard; if that is attempted in society, it makes you a paranoid beggar living under a bridge.

Let us for a moment consider civilization as a game. That is, separate from all moral considerations — more on that later — how would you play it to win, to extract the most value from it with the least effort?

This question involves two sub-questions. One is acquisition, and the other defense. You want to acquire as much as possible but simultaneously must avoid allowing others to take any appreciable amount of it, acknowledging that some lossage is inevitable.

The game of civilization (not Sid Meyer’s enjoyable Civilization video game) requires that you understand the real currency of social groups: appearance. People need to know why they should do anything for you, even if they are compelled to do so, because performance of any task occurs by degree. If the guy in the cafeteria line hates you, you’ll get a small portion of watery eggs and a biscuit with dust on it. Technically, you were served.

To acquire things in society, you need a reason why people should consider you good and then a reason why they need your product or friendship. The best way to be good is public acts of altruism; the best way to sell a product is to essentially neg them by insulting some ability of theirs — usually centered around reproduction, sustenance and ability to stay cool in a conflict, the primal issues that our hominin ancestors also struggled with — and claiming that your product will invisibly heal the wound. Small penis? Buy a Corvette. No money? Credit card. Nervous? Designer jeans.

At the same time, you want to defend your status. The best way to do this is to advance some claim that you deserve it, namely by claiming that you are working for someone other than yourself. The old salesman says, “This price doesn’t even cover our cost, but we keep these around for nice folks like yourself.” An even better salesman gets himself appointed to the Homeless Rescue Team or Anti-Poverty Orphan Welfare Fund or even the Peace and Harmony Diversity Group. He takes a known social ill — homelessness, orphans, racial strife — and turns it into a marketing opportunity. By doing so, he externalizes the actual problem and creates a fake solution to which money is handed, while simultaneously protecting himself from criticism. This is the ideal product. As long as he keeps doing what he does, people will show up and hand him money and he gets to keep all of it except taxes, which he will dodge anyway by realizing very little of that wealth as personal income. What’s better than a high salary? Owning something valuable, and having it buy your car, rent your house, pick up the tab for travel and eating out and everything else that you can plausibly claim is related to business.

At this point, this person becomes a seller of distractions. Civilization has an opportunity cost which is that it requires people to find some way to motivate each other to work together. This opens a door for fakers, who benefit from the acquisition/defense strategy mentioned above, which is that they create distractions and sell them as solutions. This can be as simple as a beggar asking for money, then spending it on booze. The problem continues unchanged because the root of the problem is in the beggar. Similarly, when people sell junk products or useless charities the problem is in the charity and those who donate to it, because they are perpetuating a problem with the added parasitism of a false solution.

Let’s look at some common distractions:

It might make sense to see the distractors as in fact apologists for decline. Their actions say, basically, that society is not worth having and they would rather trade higher levels of civilization for higher levels of profit, which means that civilization itself offers little to them in their estimation. They are usually wrong, but only in the long-term. In the short-term, they would find a third-world society — the remnants of actual civilization — more profitable. With a lower average IQ, there are more idiots who want products. Government and law enforcement are easily bribed. Money is more easily spirited away and in the social chaos, there are few who will notice whatever corrupt, perverse or self-serving things that people do. The third world is the ultimate society of people oblivious to one another so they may each have total personal autonomy. Apologists do not want to stop this decline but hasten it, and they will do anything and say anything to deny the fact of decline. They want you to think that everything is not only fine but improving, and they will spill out ten lies in the time it takes to refute one, so that they keep you wondering and confused while behind the scenes they do what is necessary to secure power.

How does society defend itself against these parasites? With social standards, of course, which is why they are the first target of the apologists. Social standards demand that people put the health of society above their own non-necessary preferences. That is too many words and concepts for the voters, but leaders understand it. People must have the basics of life, but beyond that, their individual desires do not matter much. The reason for this is simple: all of us, until we refine ourselves with self-discipline and a drive toward truthfulness, are basically nothing more than monkeys with the gift of language. Our motivations are crap because all of them are justifications that hide our real intent, which is usually bad. We are selfish (the more advanced term for what your average rock band calls “greed”) and self-motivated, and to preserve that, we become oblivious to others. This mentality removes focus from the necessary task of maintaining civilization and replaces that with a narcissistic satisfaction of appetites.

I mentioned above that it was necessary to consider civilization as a game “separate from all moral considerations.” That is because all but a few people have no moral considerations. True, they talk in public loudly about their moral convictions and when it comes time for people to spend four hours on a weekend helping the homeless at a soup kitchen, they are there first. Why? Because it’s four hours of easy work. The whole rest of the year they can point to those four hours and ignore the other three thousand hours in which they did nothing for anyone but themselves other than to ignore them. It is the equivalent of buying candy for a child and then declaring oneself a good person so that one can take candy from children every other day of the year. It is laughable and yet to most people, it seems not only acceptable, but good honest proof! It’s hard not to laugh at this situation. The public, even the highly educated and successful “elites,” are total dunces who cannot recognize reality when it slaps them in the face and takes their wallets. They are literally oblivious and are so proud of their meagre achievements — a career, a trophy wife and family, a few possessions — that they ignore everything else and exist in a world of themselves. Swimming on self-congratulatory praise, esteemed in the eyes of (oblivious) others, they push aside all “negative thoughts” (e.g. reality) and instead direct their minds toward things that make them feel good. Then one day they retire, and reality catches up. Their children have grown up in a ruined society and turned out badly, their community is now bordered by crime-ridden slums, and all their achievements have been forgotten by a world rushing from one pleasure to the next. At that point, being fundamentally dishonest people, they do what every criminal does when he is caught: blame someone else, and claim to be a victim of oppression, because otherwise he must think himself worthless.

This is original sin. People are basically bad until they make themselves good through discipline and truthfulness, and most will not take on this path. To undertake civilization is to recognize that oppression is inevitable and is a positive thing when it oppresses the degenerate and preserves the good, but that in most societies it goes the opposite way — forcing the good to subsidize the degenerate until the good fade away — and destroys itself. Society is suicide. Trusting other people is also suicide. The only solution is to have high social standards and remove those that cannot achieve them, but that scares all the timid sheep of the herd who fear that they might actually not be good people. Instead of handling that in a mature fashion, and improving themselves, they band together to remove standards, in doing so dooming their civilization. It takes many generations to come to that point but when it does, what is left is a third world ruin like the rest of the world. Original sin has triumphed over its opposite, which is a state that joins religious morality and natural selection. That mentality says the best must rise over the rest and have 0% (zero) obligation to them; it recognizes that most of humanity is mostly monkey and that including them in a civilization will kill it. But already I have said too much that even the smartest among us cannot tolerate.

How your future was ruined | A modest proposal