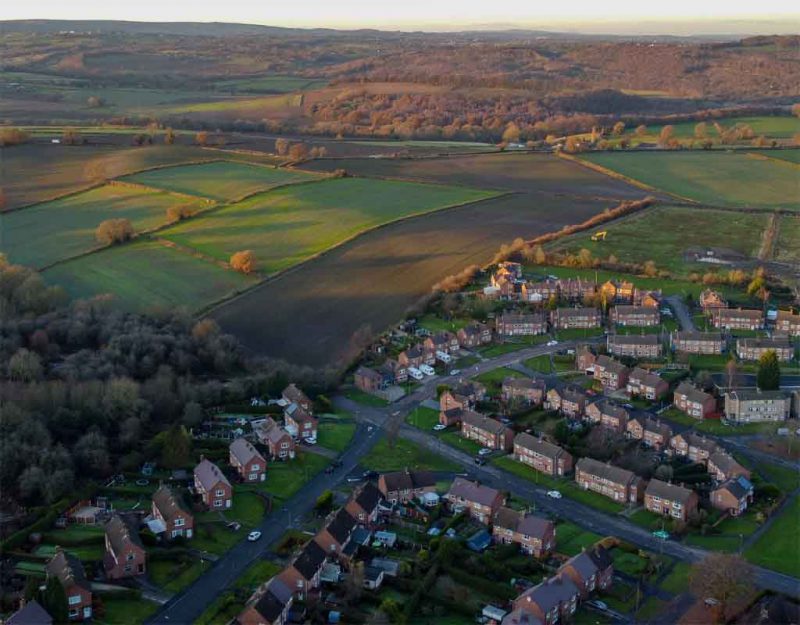 The 2016 campaign dealt a serious blow to the Leftist stranglehold on culture that was solidified in the Obama era. This cultural stranglehold had culminated the 1960s drive for civil rights, the 1920s demand for protection of the little guy, and the 1820s demand for including the Irish.

With the rise of events like Brexit and Trump, it became clear that worldwide Leftism was in defeat. This has occurred in part because its flagship program, democracy, has lost the faith of people worldwide. Witness the downfall of liberal democracy:

Dissatisfaction with democracy within developed countries is at its highest level in almost 25 years, according to University of Cambridge researchers.

Academics have analysed what they say is the biggest global dataset on attitudes towards democracy, based on four million people in 3,500 surveys.

The UK and the United States had particularly high levels of discontent.

Across the world, citizens feel that they are under assault by their governments. Consider the large events of the past year: Brexit, the “yellow vests” protests, farm protests in Europe, and in America, the continuation of the Tea Party reduction in big government through Donald Trump.

We are seeing governments become more interested in censorship, mainly because these governments find themselves unstable because the modern system — roughly: liberal democracy + civil rights + market socialism + consumerism, in some variation — is no longer delivering benefits.

This shows us a familiar cycle. When a new business appears, it first offers a good deal and quickly takes over terrain; having this territory, it then focuses on defending it, and loses sight of what allowed it to acquire that territory in the first place.

The same happens to civilizations. By succeeding, they produce lots of people who could not survive in nature and are only valuable because they can repeat certain methods that have historically worked well, like in agriculture or economics. These people then stage class revolt and establish a regime of incompetence masquerading as the good (equality means “good = bad” at its core).

In other words, growth and complexity brings new challenges, mostly in terms of asserting internal order.

Civilizations have done this in the past with social order, which is of an organic nature. Things like social hierarchy, where the intelligent and good people make important decisions and the rest emulate. Culture, or behavioral, values, and aesthetic norms and ideals. Lifestyles, including cuisine and calendar, with customs including religion and a rhythm of life. All of these things together make a society.

When civilizations begin their death process, they ditch the organic side of society in favor of having a government do everything. This happens because of class warfare, where the many lower-echelon people figure out that the higher-level people will always enforce standards. Humans have a built-in entropy which is our drive toward “anarchy with grocery stores,” or all of the benefits and none of the obligations toward maintaining civilization.

Like winning big in Vegas, scoring the top lottery ticket, or buying that one stock which makes your portfolio whole, that desire for the magic “thing that solves all problems” pervades human consciousness. We face an unruly, irregular, erratic, complex, and constantly-changing environment; our brains want to reduce it to nice, square, regular, grid-aligned, and most of all uniform objects that can be manipulated by category. We want to be able to say, “All bad things go in this one category, and we banish it.” Humans fear risk and seek power in response. This risk is amplified, not reduced, by a social situation, since the inference-seeking human mind is less stable than nature. Wolves in nature will eat you if given the chance, but humans can be friendly up until the millisecond when they are not and turn on you with death in their eyes.

As our civilization winds down, it emulates the death of a star in a distant universe. Its core, once burning bright, has lost fuel and momentum, and gravity begins to crush it inward. At some point, it reaches a critical density and explodes. We are in the phase of having lost outward momentum, and are instead entirely inward-looking, causing a vast drive toward centralization. Our future looks like something like a corporate-government merger, since bureaucracies speak the same essential language, which means that at this point, society has become so disunified that government cannot control the chaos and will rely on mercenary (corporate) security services, causing a corporate-government merger:

Hundreds of EU-funded research projects were examined for this report. Taken together, a picture emerges of an attempt to build an integrated, EU-wide interoperable, high-tech, surveillance system directed at combating a multiplicity of threats. The projects range from plans for border surveillance drones and multi-biometric identification and authentication systems, to the automated detection and analysis of “terrorist-related content” online and the development of new covert surveillance devices.

Those who have read ancient history recognize this stage from the death of other empires, which is that when there is no longer social unity, a society cannot recruit from its own citizens, and therefore relies on mercenaries to establish order domestically and abroad, a situation which comes to an end once someone offers the mercenaries more money to step aside.

Historians of the future will record that the West, after having defeated the Soviets, promptly collapsed and followed the Soviets down the same path. They chose financial equality, but we have chosen civil rights, and this has forced our society into a constant state of internal conflict which makes it unable to address actual problems while it chases after symbolic victories.

As the diversity regime collapses, we will see more of this “artificial” form of social order: imposed from external forces, applied uniformly, designed to make us conform and therefore easy to manage from a bureaucratic perspective.

This shows us civilization again “killing the goose that laid golden eggs.” A society thrives on its productive, constructive, creative, and visionary members. Everyone else benefits from what these people do. When societies have to enforce unity, they do so at the expense of the organic growing edge of their society, which is people who are improving in quality not quantity, and therefore are few but vital disproportionately to their numbers.

What makes modern society existentially tedious and threatening is that it lacks the organic parts: cultures, folkways, purpose, sense of destiny, religion, hierarchy, and community.

Every civilization has a spirit, people, and culture. The spirit is a general aesthetic, moral, and philosophical idea; the people means genetics including internal variance by caste; the culture refers to a way of life and the reasons behind it.

When the spirit, people, and culture are aligned toward the same goal, society moves seamlessly. Several things interrupt this, including ideology — the formation of a symbolic ideal separate from the organic society — and diversity, which fragments unity by erasing social trust.

In order to keep the group together, the powers that be pursue the following agenda:

Any society which wishes to wield the above will engage in some form of propaganda, stylized as manufacturing consent by those in the most at-risk modern societies:

According to Herman and Chomsky, the US media “serve, and propagandise on behalf of, the powerful societal interests that control and finance them.” This qualitative and quantitative study demonstrates that propaganda and media control continues today within South African English daily newspapers. To prove this argument, this paper examines how three South African newspapers cover forestry, terrorism, and the New African Partnership for African Development (NEPAD) over a two-year period. The quantitative study surveyed 1797 articles and examined the use of sources quoted and revealed censorship of alternative voices. The qualitative analysis examined the vested interests and various players have in a pro-market, censored representation of NEPAD, the forestry industry, and terrorism. The study revealed that capitalism and the resulting interlocking capital of board members, newspaper owners, advertisers, and the government, cause newspapers to engage in self-censorship and exclusion of threatening voices to advance the interests of the elite

This operates by a simple principle: demonize any ideas, terms, or facts which lead to conclusions other than those which support your system, creating an environment where in order to communicate innocuous things, people have to speak in a way that supports your dogma.

Linguistic centralization of this nature works in the following way: if you want a factory built in your town, you rename factories “wealth centers” and refer to farms as “wealth destroyers.” Any term related to farms becomes negative, and any positive term becomes associated with factories.

Soon you have people saying that they want to go to the food factory and then the beer factory so they can enjoy some friend factory time after their job farm experience where they had to put up with a lot of farm-minded customers who were dumb and exhausting.

With this approach, the society programs itself.

Organic civilization comes from the oldest method of nature, which seems to be designed around the idea of picking up at any point and heading toward the best possible outcome. Unlike human systems, it self-creates its own order and then enhances that order through natural selection.

Humans naturally form organic civilizations. They choose their most effective war-leaders and most useful people as a type of higher caste; they remember the methods that worked best as culture and customs; they form a belief system that explains their aspirations and hopes.

These natural systems are inherently unequal, and in fact demand inequality to function. Per the Pareto Principle, about 20% of any population produces 80% of the innovation, wealth, productivity, creativity, and avoidance of disaster.

In an organic society, that 20% rises to the top. This offends the herd, who want to invert that order so that the 80% are on top, not realizing that this kills the goose that laid golden eggs and conveys the society into third-world levels of dysfunction.

As humanity bursts into the twenty-first century, we are seeing a revolt against the artificial and a desire for the organic again. We do not like the overhead of bureaucracy, its attempts to control us for its benefit, or its tendency to allow its methods of control to replace actual goals.

When we look back at 2016, we are seeing more than an election. We are seeing that liberal democracy, which started with promise, finally revealing its dark side, and people shying away from it and other artificial systems.

This is bigger than Farage, Trump, or even populism. Much as happened when the Soviet Union fell, we are seeing humanity move away from a previous stage that we now consider simplistic and primitive, since when we finally saw its full trajectory, we realized that it ended only in death.