Oprah 2020: As Cuck Approaches The Limit At Infinity

by Jonathan Peter Wilkinson on January 17, 2018 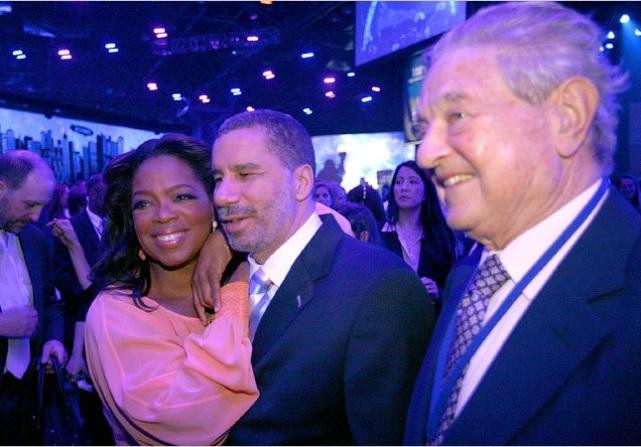 Today I can’t promise you that there won’t be any math. I majored in the crap undergrad and feel like justifying my otherwise totally overrated existence. So abandon all hope all ye who enter here, because we’re headed back to Calculus I and having a quaint discussion from the entry point of L’Hospital’s Rule. It allows you to make sense out a few things when they get taken to the ridiculous limits that we see some days in Amerika.

So in a discussion of politics or philosophy, how does one approach an infinite, negative limit of anything? If you pollute your mind and read too many columns from SoyBoyCon Rod Dreher, you might be unlucky enough to find out. Amazingly, Rod Dreher agrees with JPW on a very important issue. That if Jesus saves, he needs to start with saving The Catholic Church from Anti-Pope Francis. The problems start with which résumé Dreher and #NeverTrumpGropenFuhrer Ross Douthat have moved atop their piles.

Dreher takes this ridiculous towards an infinite limit. He piggybacks on Douthat’s delusional fantasy and suggests that she actually has become a religious figure.

Ross Douthatâ€™s tweet points out the important fact that Oprah Winfrey would not be just a political leader, but a religious leader too. She is a religious leader, in fact â€” quite possibly the most important one in America. In his 2012 book Bad Religion: How We Became A Nation Of Heretics, Douthat identifies Oprah â€” non-sarcastically! â€” as a religious leader, because of her undeniable mass influence on American women, and her embodiment of a emotion-based spirituality of self-fulfillment. When she talks about empowering oneself through telling â€œyour truth,â€ she is making a quasi-religious statement. This Douthat post is dead-on â€” and again, heâ€™s not being sarcastic in the least:

To me this suggests a totured understanding of the limits of Gnosticism. If I apply a little touch of JPW’s Theological Junk Calculus to the indefinite concept of Gnosticism, I’ll argue I can clear a few things up. Gnosticism, at an infinite limit, precludes any sort of unified Godhead. God becomes like The God Emperor of Dune, Leto II, after his spectacular, watery death. The Godness just sort of explodes outward in a spicy big bang and then worms itself into every conscious being and every existing object. There’s no need for a pope of gnosticism. It would be oxymoronic – like air molecules having tensile strength.

I have an alternate theory to all this “fear” of #Poprah! This is wish fulfillment. It’s like a Pepe Meme of God-Emperor Trump, but inverted and far less honest. Dreher and Douthat don’t fear #Poprah! They feel shame over the sordid, priapic erections it gives them. They want Big, Bad Mama to spank them for that. Harder!

When you close your eyes, breathe deeply, and meditate on The Eternal Cuck, you see a vision of Oprah. She is everything Dreher and Douthat have been conditioned to blindly genuflect towards and follow. To even yell “Thar She Blows!” just once at one of her self-love events would be heresy most vile. She is the complete package for any cucking cuck to cuck most cuckingly over. Supersized. Cucking that hard will make those poor, pathetic nebbishes have to get a prescription for statins.

So how ridiculous is #Poprah! really? Maybe not so much….We are the nation that inspired Idiocracy. All the same brainwashing that “obligated” repectable Conservatives to vote for Barack Obama as a gesture of healing and peace could come combined with a whipped cream topping of #MeToo.

So maybe there is no such thing as negative infinity cuck, however, it could very well be differentiatable at the limit of cuck = -inf. So #Poprah! in the form of pure onyx evil might not exist. President Oprah Winfree, as a rather large shadow along the wall of some allegorical cave? Just maybe. I could see myself discounting it for all the same reasons Little Marco foolishly discounted the Juggernaut that was Trump.

Adam Smith famously said “There is a whole lot of ruin in a nation.” I’d hate to contemplate how much of that ruin #Poprah! could contain along with all the multitudes she contains already. I’m more completely convinced than ever that #MeToo is the final elevator down to Hell for Amerika.

As Flynn Effect Reverses, Cognitive Decline Starts At The Top | Republicans Will Be The Biggest Casualty Of The Trump Revolution, At First