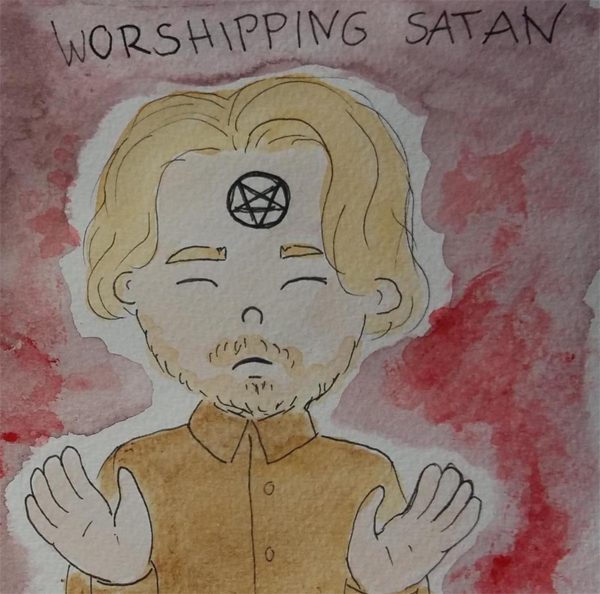 Anti-Pope Francis is the first Latin American Anti-Pope. He is watching a Latin American government that openly supports a doctrine of state-supreme atheism* rain down fire on the peasants in the street. Naturally, Pope Francis blames the people for being such poor Christians. He goes Full-on Jimmy Carter in his despicable sanctimony below.

Francis told faithful gathered in St. Peterâ€™s Square that, united in sorrow with the families of victims, he was making a heartfelt appeal to â€œthe government and all the components of the Venezuelan society so that every further form of violence is avoided, human rights are respected and negotiated solutions are sought.â€ The comments came a day after Francis, the first Latin American pope, expressed frustration that Vatican-sponsored negotiations to resolve Venezuelaâ€™s political impasse had not succeeded, in part because of what he cited as divisions within the opposition.

So as Pope Francis dithers, President Maduro reprises an old query first posited by Josef Stalin. “How many divisions has the Pope?” The supposedly divided opposition is being systematically sliced and diced.

A Venezuelan national guard armored vehicle careened into a crowd of anti-government demonstrators in Caracas on a day of furious protests that left more than 300 people injured. The newspaper El Nacional published videos Wednesday showing the vehicle backing up as a gasoline bomb burst on its windshield. Crowds raced toward the vehicle and then suddenly fled as it advanced, and masked soldiers battled protesters in a chaotic melee. Rocks, bottles, shots and tear gas filled the air. One person was confirmed dead in Caracas.

The answer is obvious. The Pope has no divisions if he provides no inspiration. Furthermore, it doesn’t matter how many divisions he has if he will not simply and unabashedly field them athwart the evil. The man is a moral nullity. ISIS openly slaughters the Christians in Egypt with no consequence. Pope John Paul II never allowed the communists in Poland to do anything similar to his followers there without repercusions. He stood tall when the Kremlin sent an assassin after him.

As the believers die in the streets of Caracas and are reaped like the grain by the hateful, godless, detestable Socialist scumbags; Francis Cucks in muted protest. He just wishes Maduro could be more gentle with the sex. Certainly both sides could be more reasonable. It’s not like The Venezuelan meat-packing glitterati believes anything that philosophically bothers Anti-Pope Francis.

We’ll hear all about how Jesus said “Love your enemy.” He didn’t tell us to forget the fact that they were, in fact an enemy. He didn’t tell us to be more like them in order to be nice. He mourned the souls left to despoil in Hell. He never told them to shut up and like it. That would be Anti-Pope Francis’ schtick. He wants the you to be reasonable and render unto Caesar – far beyond anything that should be Caesar’s. He is the Statist Left’s evil joke on Christianity and will remain such until the Catholic Church holds a condign exorcism.

It is the opium of the people. The abolition of religion as the illusory happiness of the people is the demand for their real happiness. To call on them to give up their illusions about their condition is to call on them to give up a condition that requires illusions. The criticism of religion is, therefore, in embryo, the criticism of that vale of tears of which religion is the halo.