Republicans Will Be The Biggest Casualty Of The Trump Revolution, At First 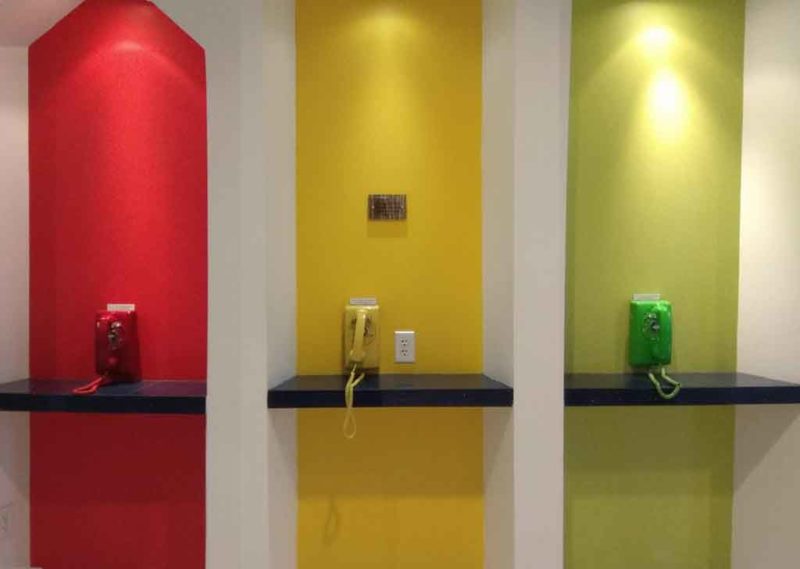 Every industry has a life cycle. It starts out young and vital, then succeeds, and at that point, “everyone else” takes notice — that is, the people who were not the pioneers who created it — and comes on board, and starts doing the usual human stuff that makes everything fail. Then the industry degenerates to a chummy old boys club of one variety or another.

You can see this across the board, in entities as different as the automobile industry, worldwide religious denominations, hip-hop music and crypto-currencies. Founders create; participants partake, and by shaping the industry toward their needs with their greater numbers, they reduce it to the mean, at which point it loses what made it distinct and powerful.

Republicans face the same problem. Trump called them out on it not in so many words, although he did that as well, but by being a better example of what their industry was when it was vital. The GOP needs to wake up if it wants to stop the hemorrhage of lost elections:

The upset is the 34th Democratic pickup in the 2018 cycle. â€œRepublicans have [already] flipped four seats from blue to red â€” two in the Republican-trending Deep South, one in New Jersey and one in Massachusetts,â€ Dave Weigel notes. â€œBut on average, even in races that went against them, Democrats have improved on their margins from the 2016 rout. In other Tuesday elections, Democrat Dennis Degenhardt won 43 percent of the vote in Wisconsinâ€™s 58th Assembly District; in 2016, Hillary Clinton won just 28 percent of the vote there, and no Democrat contested the seat. In Iowaâ€™s 6th House District, Democrat Rita DeJong won 44 percent of the vote; in 2016, the partyâ€™s nominee won just 35 percent. In South Carolinaâ€™s 99th House District, Democrat Cindy Boatwright lost with 43 percent of the vote; the party had not run a candidate for the seat in this decade.â€

On paper, the Republican candidate is great, if we are thinking of the “old way” of doing things. Responsible, respectable, probably good with business. But the new Republican mandate is culture change, which means doing away with all the egalitarian ideas that culminated in globalism. Right-wing voters are going to sit out any candidate who does not join the populist train.

In contrast, the Democrat candidate demonstrates a better fit for the cultural wave:

Her campaign focused not on attacking Trump but fighting the opioid crisis, improving access to health care and bringing good-paying jobs to the region. She didnâ€™t need to talk about the president to benefit from an outpouring of progressive energy and conservative apathy.

Sheâ€™s the chief medical examiner for St. Croix County, a former EMT and a member of the school board. She is also a trustee for the local food pantry and sits on the board for a community center that helps victims of sexual and domestic violence.

The first paragraph of the biographical page on Schachtnerâ€™s website notes that she is â€œa former member of the Wisconsin Bear Huntersâ€™ Association,â€ and that â€œshe and her family have enjoyed hunting in Wisconsin for generations.â€ Sheâ€™s been married to her husband, Joe, for 39 years, and they have six grown children and nine grandchildren.

German-American name (i.e. Western European) plus a record of practical (business, like Trump) experience plus a campaign focused not on ideology but practicality… likes to hunt… traditional family structure… the Democrat is more in line with the cultural wave than the Republican, so the Democrat won.

Republicans should consider themselves on notice. They had a good thing going, where they went out there and ranted about god, guns, Israel, defense, abortion, and pro-business and then got elected, at which point they had to play the injured but nobly truthful hero and the money and votes kept rolling in. That approach failed the voters, and now they are having their revenge.

On the plus side, a purging of cucks — those who are more concerned with social pretense than real world results — will benefit both parties and could enable the GOP to get rid of fake Anglo William F. Buckley and his milquetoast conservatism. His innovation was to make a GOP that was compatible with the rising tide of Civil Rights activity, which essentially condemned the GOP to being a minority party. Popular, but unwise in the long term.

When the other side wins everything over a seventy-year span, it means that the strategy employed by the Right is not working, and with the rise of Trump, the Reagan-Buchanan ideal has won out over the Buckley ideal, with the Buchanan side emerging in crypto form. Trump has created a conservatism of two parts:

Trump is strategic enough to avoid wearing his traditionalism or concern over Obama’s “fundamental change” of America on his sleeve; instead, he uses the second plank to amplify the former. Traditionalism endures because it works, not just socially but financially, and so by applying sound business logic, he is uncovering the undiscovered core of conservatism.

Those who fail to pick up on this cultural wave sweeping the West — with Farage, Schultz, and Trump in the lead — will find themselves ignored by those who they think “should” vote for them, according to the late industry old boys club, and replaced by those who are either more conservative Democrats or populist Republicans. Right now the latter are scarce, but not for long.

Oprah 2020: As Cuck Approaches The Limit At Infinity | How Irish Immigration Destroyed America