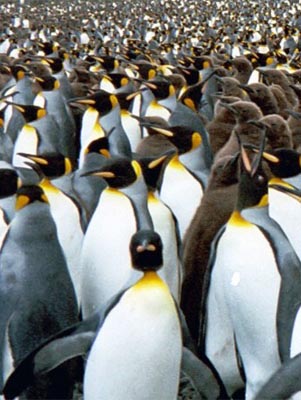 It has become trendy to say that the right wing and left wing are two faces of the same party of elites. This is a convenient statement if you want the status quo to continue, because it makes people shrug and rage against the machine, but ultimately they do so knowing they cannot change it.

Impotent rage and bottled rebellion serve to affirm the status quo, not challenge it. Internet idiot farm “Anonymous” found this out recently when they finally tackled several forces that were prepared for them. Amazon’s servers didn’t crack; the Zetas in Mexico shrugged and said, “DDOS us and we kill you all.” Anonymous backed down. Now those they challenged are seen as stronger; they were the winners.

As a result, when we look at bottled rebellion, we have to ask cui bono? (“who benefits” in fancypants Latin) and turn a critical eye toward those in power. For example, if you were a vast left-wing establishment challenged by the tea party, it might benefit you to claim that right and left are the same.

To build such a strawman argument, you will compare the parties as they are — a product of the political system and its need for compromise and dumbing ideas down for voters — not their ideals as expressed in their few moments of clarity amidst the chaos. To find truth, we should reverse that process.

First, a bit of history: right-wing politics have been here since the dawn of civilization. They originally were not called right-wing because there was no need to do so, until the left-wing gained power and a distinction had to be made.

We can extrapolate from that. If you oppose kings and a natural hierarchy of people given power by their ability, the best argument you can make is that everyone is equal and therefore no hierarchy or kings should exist. This is why leftist is a spectrum from anarchist through moderate Democrats to Communism.

The right, on the other hand, is not based in the individual but in the design of society itself as composed of actions and their consequences. On the right, we do not care about what the individual feels, thinks or desires; we care about results and making sure our actions produce healthy results.

You can see how these two positions are incompatible. The right wants to design a civilization; the left wants to defend the individual against anything but itself. The left is, by its very nature, radical and anti-civilization.

The right hopes to tame civilization, because it knows that civilization is its own worst enemy. Success kills, because a civilization that makes itself successful will soon drift to liberalism, at which point perception matters more than reality and unpleasant realities are hidden, creating a delusional society spiraling out of control. This is how all great civilizations die.

Many people believe that civil and progressive societies require an ever-increasing number of laws, rules, bylaws and enforcement to function effectively. I believe the converse is true and anything beyond basic laws and regulations for acts such as murder, theft, physical injury, fraud, cheating and the like will corrode and ultimately destroy any society stupid enough to go down that path. – In Mala Fide, “How Laws and Legalism Destroy Societies”

The above is a classic right-wing position. Defending the individual against society creates an us-versus-them scenario within our own society, and destroys it from within. In the name of the individual, we stop the ability to act as a society or to design a social system that benefits all.

For the right, the task to the individual is to discipline themselves to understand and manipulate reality. This is the opposite of the leftist goal, which is to force (social) reality to adapt to the individual.

We live in interesting times. Much as in 1968, 1917 or 1789, the individuals are growing restless. They don’t understand why we are having financial problems and assume the answer is that some malevolent Satanic force called “Wall Street” did this to them.

That’s good politics — find a scapegoat and polarize the people against it — but it’s not reality.

In reality, the person to blame is not the rich individual but the average individual. Average individuals demanded unrealistic things from government, and got unrealistic laws as a result. Average voters have denied our mounting financial and governmental problems for decades. Average citizens demanded more regulation which created unreasonable pressures on business, and then gave it loopholes to seek instead.

The refusal of the average individual to face reality in any form is the root of our current crisis. The populist policies that pander to the individual, which avoid unpleasant truths and thus are unrealistic, are the cause of our decline, not Wall Street.

At President Clinton’s direction, no fewer than 10 federal agencies issued a chilling ultimatum to banks and mortgage lenders to ease credit for lower-income minorities or face investigations for lending discrimination and suffer the related adverse publicity. They also were threatened with denial of access to the all-important secondary mortgage market and stiff fines, along with other penalties.

The unusual full-court press was predicated on a Boston Fed study showing mortgage lenders rejecting blacks and Hispanics in greater proportion than whites. The author of the 1992 study, hired by the Clinton White House, claimed it was racial “discrimination.” But it was simply good underwriting. – Investors Business Daily, “Smoking-Gun Document Ties Policy To Housing Crisis”

In America, we have a long and honored tradition of underdog politics.

If we see any group that is not doing so well, we use them as symbols of how good we are. You may be richer, but I support the poor.

With our expansion into the diversity experiment, this became even more radical. You may be richer and support the poor, but I support minorities! Aha. We have a winner.

Through thousands of movies, books and speeches, the American people have come to accept this as truth — but have taken advantage of it, using it as a means to boost themselves in social circles or careers.

In other words, there’s a chain of command where the behavior of the voters influenced government which in turn influenced voters. Where did this chain start? With the voters. Government just (as large institutions tend to do) took advantage of it.

The right-wing opposes too many laws and especially laws in defense of the underdog, for this very reason: we realize that eventually the tail wags the dog, and the defensive law becomes an offensive weapon that is used to game the system.

In this case, we created a housing bubble that turned a relatively minor recession into a full-blown disaster. Once the law was written, no one could stop it — they’d be called “racists” and voted out of office, or accused of hating the poor and supporting Wall Street.

Now the same people who created the disaster are out there on Wall Street protesting. This protest isn’t about justice; it’s about finding another scapegoat.

The wealthiest 5% of U.S. households saw incomes fall 7% after inflation in Bush’s eight years in office, according to an IBD analysis of Census Bureau data. A widely used household income inequality measure, the Gini index, was essentially flat over that span. Another inequality gauge, the Theil index, showed a decline.

Meanwhile, during Clinton’s eight years, the wealthiest 5% of American households saw their incomes jump 45% vs. 26% under Reagan. The Gini index shot up 6.7% under Clinton, more than any other president since 1980. – Investors Business Daily, “Income Inequality Rose Most Under President Clinton”

In right wing politics, we address political structure. Underneath all the appearance of good, there needs to be policy that creates good results, not simply good feelings.

In left wing politics, they address appearance. Their policy is designed to create good feelings, and basically to ignore the results.

As politics, the left is brilliant and the right are fools. Fools for trying to salvage what is obviously a carcass we should be picking for the remaining juicy bits. But the right is also the only force that can deliver us from this silliness.

When the left makes laws, they create free money for those who are most motivated to take it. Higher taxes on the wealthy result in more free money being blown into the population through government programs, regulatory loopholes, and entitlements for citizens. The most vicious prosper here.

The end result is a parasitic government out of control.

The U.S. Treasury Department said on Monday it will sharply increase its estimated borrowing over the next two quarters due to expected lower receipts and higher outlays.

Treasury said it expects to issue $305 billion in net marketable debt for the October-December quarter, an increase of about $21 billion from estimates issued on Aug. 1.

Treasury said it expected to issue $541 billion in net marketable debt securities in the January-March 2012 quarter, marking the second-highest quarter on record. – CNBC, “US Treasury Estimates It Will Have to Borrow More”

An endless cycle of self-destruction: the voters demand more free things, the politicians take from the prosperous middle classes (in addition to “the rich,” who are conveniently not defined) and give to the most viciously parasitic. The society depletes itself from within.

Perhaps the right-wingers are on to something when they suggest a society with fewer rules favoring the individual. Instead, the individual must adapt, and no one rides free. As a result, all feel invested in having a good outcome, not just good “feelings.”

As we see from our own history, defending the individual polarizes society and shifts the burden from the incompetent and irresponsible onto the competent and responsible. It’s like a bad office drama on TV: one person shows they know how to file the TPS reports, so everyone else dumps their work on that person’s desk and heads off to a bar.

The protesters in Wall Street are like most lynch mobs attacking the wrong target and they know it. The simian tendency, when caught doing something bad, is to counter-attack and accuse the other party of being at fault. This is why people flip you off as they run red lights and almost crash into you.

Instead of occupying Wall Street, we should be occupying Main Street. We can peel back 60 years of feel-good but do-nothing make-work government programs, and replace them with voter accountability. Only then are we going to see this cycle of self-destruction end.

“Masculinity Versus the Age of the Chinless” on In Mala Fide | Proles versus Elites: the battle rages on!