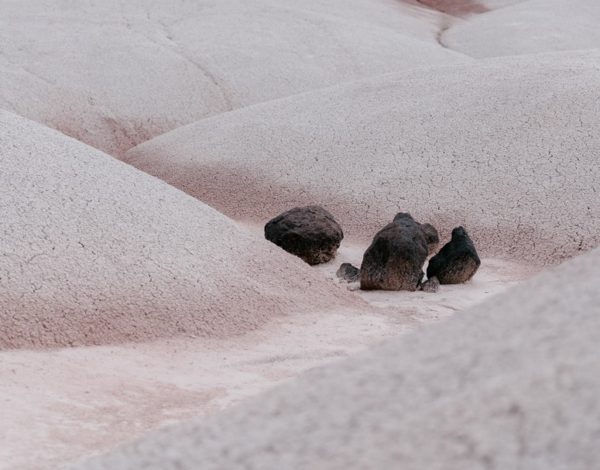 “He’s hungry, and I have food,” said the man being devoured by a rabid dog. “I have no more right to my flesh than he does.”

“We must not give in to fear,” said the man calmly being pummeled by a drunk. “Fighting back is exactly what the he wants.”

“All men are potential rapists,” said the woman to the men who would die to defend her.

â€œIt is a grave injustice to be ruled over with no voice in governance; we demand a share of the power,â€ cried the gonads to the brain.

â€œWe simply want to live, grow, and reproduce, just like every other cell,â€ said the bacterium. Â â€œItâ€™s xenophobic to create supremacist definitions such as â€˜hostâ€™ and â€˜infectionâ€™.â€

â€œI feel like a bird,â€ said the rabbit as he jumped off a cliff.

â€œLook at all these beautiful, vibrantly colored paints,â€ said the artist. Â â€œI will mix them all together uniformly and spread the mixture evenly across my canvas.â€

â€œLove is love,â€ said the man to the boy as he opened a bottle of lubricant.

â€œYour appetites are unsustainable,â€ said the cat lady to her multiplying clowder. Â â€œYouâ€™re just going to have to learn to live together with less.â€

â€œViolence never solved anything,â€ said the man as he watched raiders take his harvest again. Â â€œWe simply need to educate them and open a dialog.â€

â€œIâ€™m not an extremist, donâ€™t lump me in in together with them,â€ said the new leader installed by the occupying force. Â â€œI didnâ€™t participate in the invasion, and I denounce violence in all its forms.â€

They call it an “awakening” because in a relatively short span of time, you come to realize that everything you have been told is not only wrong but designed to conceal the real problem: our civilization is in decline and just about everyone is lying, crazy or otherwise delusional. Nothing can be trusted.

Our society fell years ago, and those of us who still believe in the idea of civilization are under assault. What remains of a once-great civilization is being steered into oblivion by the dizzyingly insane and malicious.Â  If not stopped, they will continue to recklessly destroy, disintegrate, and grind up into meaningless shreds anything of value.Â

The longer this continues, the uglier our options for survival become. We are not yet at the end.Â  We are far from the end.Â The end is not even an end, just a greater slow slide into irrelevance and third world style subsistence living. Those of us who are fighting are struggling for the ability to exist on a better level than the majority of humanity who live in poverty, corruption, disorder and filth.

Destroyers of civilization have disordered minds ruled by their appetites. They know only their own desires, and are constantly stewing with reality-denying nonsense.Â Those with clear minds who glare back unfazed at realty, those with an innate desire to know and understand truth, will reject this nonsense and join our ranks.Â But they are an eternal minority, not just here but in all of humanity.

Those who do not quietly shrink back when danger approaches but stand erect with feet firmly planted in the ground, eager for glory — these will fight with us.Â Those who have enough love in their hearts to imagine a civilization that is not constantly in decline, and to look instead toward the possibilities of greatness and beauty which this abundant life offers us, they will come to understand us.

Be patient. This crisis has taken centuries to become visible to the normal above-average intelligence person. Most are afraid of what is required and so will make excuses, rationalize and bow out. They will go back to their televisions, political platitudes, jobs and shopping as a way to silence the fears in their minds. This is a miserable way to live, but it is morally and intellectually easier than facing the problem head on.

Humanity has survived many bottlenecks, or events where most of us died or faded away, in the past. Ultimately, this horrific era of modernity may become a great filter through which our people will pass, leaving only the most honest, most courageous, strongest, and noblest. The future is dark but through it shines a luminosity that tells us that beyond this layer, greatness awaits.