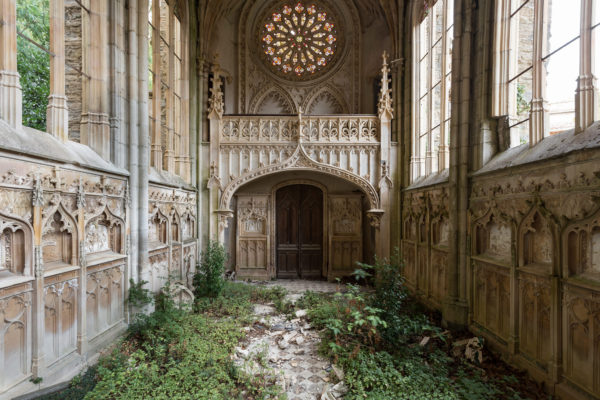 The Alt-Right rises. What would Jeebus do? According to the Seduccees, Pharisees and Moneychangers of the Southern Baptist Convention 17, it might not be very nice. They passed a resolution explicitely condeming the Alt-Right. Feel.The.Bern. To see just what happens to sinners in the hands of homosexual church bureaucrats, here you are…

RESOLVED, That the messengers to the Southern Baptist Convention, meeting in Phoenix, Arizona,
June 13â€“14, 2017, decry every form of racism, including alt-right white supremacy, as antithetical to the
Gospel of Jesus Christ; and be it further

RESOLVED, That we denounce and repudiate white supremacy and every form of racial and ethnic
hatred as of the devil; and be it further

RESOLVED, That we acknowledge that we still must make progress in rooting out any remaining forms
of intentional or unintentional racism in our midst; and be it further

RESOLVED, That we earnestly pray, both for those who advocate racist ideologies and those who are
thereby deceived, that they may see their error through the light of the Gospel, repent of these hatreds,
and come to know the peace and love of Christ through redeemed fellowship in the Kingdom of God,
which is established from every nation, tribe, people, and language.

The ignorance of these cuckservative Never-Trumpers with regards to the Alt-Right is appalling. Here is the poor level of historical understanding that underpinned the resolution aimed at continuing the 2016 GOP Primary half a year after the GOP candidate they didn’t want to see win had been inaugurated as POTUS.

One attendee tweeted the resolution committee did the right thing when they declined to bring the alt-right resolution before the group in the first place: â€œThe res committee and their response is exactly right. It will only be criticized by race baiters and ppl pushing left-wing social issues.â€ Faithful and vocal Southern Baptist leaders fell on both sides of Trumpâ€™s candidacy, with several joining his evangelical advisory board and others speaking out against him. After the election, Moore ended up apologizing to fellow members of his denomination for what some read as insults against all Trump voters, including the majority of white evangelicals who cast ballots for him. â€œIt is, in part, a concern that alt-right will be a label applied to non-racist conservatives who, for example, simply voted for Donald Trump,â€ said Ed Stetzer, executive director of the Billy Graham Center for Evangelism at Wheaton College, who blogged on the resolution for CT. â€œHowever, I think that concern is past its timeâ€”the alt-right is the klan without the robes, and Southern Baptists need to speak up on it.â€

Crap like this is why any Conservative who thinks the SBC, the moderate GOP blogosphere, or any other vestige of the establishmentarian GOP will keep you off the Proggy train to Triblinka, is barm-smitten and delusional. With friends like these, you need to own more handguns. You see, they just called anyone who claims the label of Alt-Right satanic. They also lumped all Identarians, Ethnic Nationalists, Immigration Restrictionists and pretty much anyone two steps to the Right of Lindsey Graham as bigots.* Labeling is the first step to consigning those people to the Basket of Deplorables. Who needs Hillary and The Resistance when you have these back-knifing SNL Church Ladies?

The Devil, you see, is nowhere near as much of a joke as this year’s SBC makes him out to be. Calling someone satanic is way, way worse than being irate with them for diagreeing with one of your arrogantly dogmatic opinions. When somebody is satanic, they need to be killed. It’s not complicated. It is heresy to let a satanist walk around loose. But then, again, once your church has decided to start a mosque-building program to promote “Religious Liberty” and “Niceness”, it doesn’t take too much longer to get down to issuing a few fatwas.

And satire, aside; they really are building mosques while they simultaneously attempt to ban the Alt-Right.

â€œItâ€™s good when we can join hands with â€¦ folks we are sometimes on the other side of,â€ said Brent Walker, executive director of the Baptist Joint Committee for Religious Liberty. Those folks include the Ethics and Religious Liberty Commission and the International Mission Board, both agencies of the Southern Baptist Convention. The National Association of Evangelicals is also supporting the mosque-building case.

They obviously feel this way because Islam is the Religion of Peace and Alt-Righters go around shooting political leaders because of stuff they’ve read on the Internet. Oh wait. That totally isn’t correct. These guys are Cuck-Christians. They think they can play DR3 by showing everyone they can hate the Alt-Right even harder than Bernie Sanders. The Virtue Signal is visible, high above Gotham City. There is a certain passage in The Good Book that the SBC ignores, but that the Alt-Right gets reminded of pretty much every damn day. (Matthew 10: 21-23)

And the brother shall deliver up the brother to death, and the father the child: and the children shall rise up against their parents, and cause them to be put to death. And ye shall be hated of all men for my name’s sake: but he that endureth to the end shall be saved. But when they persecute you in this city, flee ye into another: for verily I say unto you, Ye shall not have gone over the cities of Israel, till the Son of man be come.

Woe unto you, scribes and Pharisees, hypocrites! for ye are like unto whited sepulchres, which indeed appear beautiful outward, but are within full of dead men’s bones, and of all uncleanness.

And this is what these people are. Virtue Signalers that flatter the losers and reprobates in order to play to the lowest common denominator of human motivations. They lack the courage to preach the righteous word of The Lord to hungry ears in desperate need of enlightenment. They offer the Cheese-Puff Gospel of What’s Happening Now. If the New York Times tells them the fashionable people want more mosques built, then all good Southern Baptists shall go forth and build mosques to the greater glory of Allah! And if the NYT fears the Alt-Right – get behind me Based Satan!

* — Yep, SBC17 wants to help Lindsey make the bigots shut up. Come let us reason together….