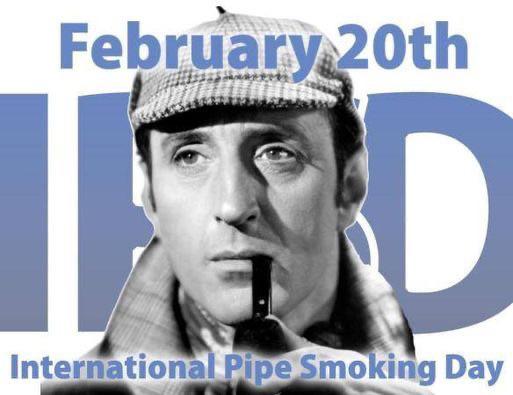 Brief Pipe Meditations: One might be wise to distrust commemorative holidays. When you regularly do something for a reason, its utility expresses itself clearly; when you must create a symbolic narrative to explain it to others, it seems like you are mostly trying to convince yourself. This shows us the nature of strong power versus weak power.

Strong power generally exercises itself without being seen. It is universally recognized but not acknowledged because it requires no obedience rituals, since its rulers perpetuate themselves through excellence in results instead of obedience. This shows its weak point, which is that its rule depends on success, something that becomes dubious when it acts beyond its own borders. This means that it has a defensive outlook, since foreign threats are its main Achilles Heel, but that it has a benevolent attitude toward its own citizens, somewhat paternalistic but not controlling, meaning that it points them toward positive goals and rewards those who get there. This leaves it up to the individual to find a place in the hierarchy of man within the hierarchy of nature and the divine.

Weak power on the other hand must demonstrate itself. Where strong power rules through its effects, weak power commands through method. It regulates what people can do in order to limit their thoughts to its ideological narrative — this method is called control — and by doing so, enforces conformity and obedience rather than striving for results. That shows its Achilles Heel: over time, it produces people who obey laws and commands to the letter but miss the big point, and so quality declines and then productivity declines. This type of society tends to starve. It requires almost nothing from the individual, leaving them to a fugue world of their own thoughts and desires, and consequently remains popular because there is almost no risk in it on the individual level, only of having a steadily declining civilization.

Europe stuck with strong power until it encountered the Mongols. These mobile warriors came from a different tradition of combat, and their tactics were a threat to Europeans, as was their uniformity of intent, since obedience united them. Eventually, Europe found a way to counter their blitz attack and drove them off, but too many Europeans adopted the mandarin method of rule that the Mongols used. This led to centuries of manipulation which caused civilization decline, at the same time other threats — peasant revolt, Muslim invasion, plagues, religious conflict — tore Europe apart. The Mongols retreated home and promptly collapsed, leaving behind a third world wasteland which has been of no consequence since. It turns out that obedience is dysgenic, since it eliminates the thinkers and leaves the yes-men, who say yes to everything including decline and then lack the mental faculties for figuring out how to reverse it or rebuild. Empires kill themselves with the mandarin method, including Late Stage Democracy, at which point the individualistic cries for “freedom” become selfish demands for government to eliminate all things that challenge the one possession left for people in egalitarian societies, a megalomaniac ego shaped in the model of the control system above them.

We might extend the same thinking to business. Strong power finds a niche, or an area in which it produces something that is eternally useful and therefore, needs no marketing or assertion of itself: it simply works for a common need and therefore will always be there. Within that niche, they attempt to improve quality rather than profit margin, keeping themselves small and agile instead of becoming “too big to fail.” Weak power seeks to dominate an entire market so that it does not face competition, and it does so through relentless efficiency, or paring down of production costs while increasing bureaucratic administration so that it becomes too large to displace (an illusion often rudely debunked, as in the case of Enron or MySpace). If government imposes costs, the strong power model dies, and the efficiency model takes over, at which point capitalism drives the marketplace toward such ultimate efficiency that a few monopolies own everything. Keeping government out of the equation avoids this business model. When taxes, excessive regulation, massive red tape, legal questions, affirmative action, and public image become fixtures of the business world, government has created an environment where only mega-corporations survive, and they do so by offering inferior products — think of American beer, fast food, cigarettes, soda pop, and television — which cost little but can be engineered into successes by exploiting the network effects of group conformity, spurred on by advertising and celebrity culture.

At the heart of it all, as I recognized two decades and change ago, is human herding behavior, or Crowdism, which results from the fears of the individual leading it to demand “freedom” from those who know better, including reality itself, and the formation of an inner bolus of the herd which suppresses anyone who mentions facts which run contrary to the herd narrative. Human trends amplify themselves in the echo chamber of socialization. This leads to a monopoly of weak power in the mandarin method style, with a centralized command leading a vast zombie horde of confused and empty people. Societies die from this, as do all human groups. You may have seen it in your local social group, HOA, church youth council, committee at work, rock band, or even family. Herding arises from the fear of the individual of being attacked, and leads to them using language/symbols and other people as tools through the process of control, prohibiting these attacks from occurring. This works to a point, like all weak power, and is very popular right up until the moment it crashes, at which point everyone finds that they were living in a delusional state all along and have wasted their lives on inconsequential symbolic illusion.

Today my pipe heaps with Kendal No. 7, a tobacco made by English traditional methods in the Lakeland district. Formed of a mixture of sweet heat-cured and smoke-cured Virginias from elsewhere in the colonial empire, this blend represents strong power at its best: it is both inherently of quality and esoteric, or requires someone having learned how to breath-smoke and discern flavors in order to pick out the dense inner matrix of nuances within what otherwise seems like a straightforward smoke.