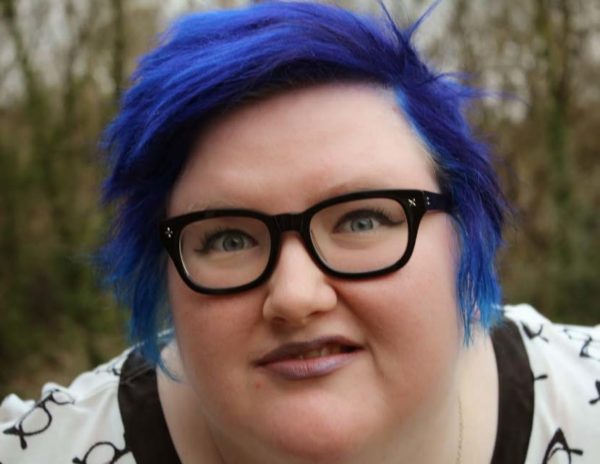 Beware the rise of The Satanic Pig. Not just any Satanic Pig, but the Satanic Male-Chauvinist Pig! The “Satanic Panic” of the 1980s has given way to the PC panic of the 2010s.

A male chauvinist pig isnâ€™t born, heâ€™s made, and more and more of them are being made by women.

Either that, or Girl Power has taken a dark and gothic turn for the worse. You see, a Hollywood travesty on the level of Estrogenated Ghostbusters is about to leap forth onto the screens of mostly empty movie theatres across Amerika. An all-female Lord of The Flies. I recommend they channel some Old School Miles Davis and call the thing Bitches Brew.

If you see a black cat, and then see the same black cat again, it is a deja-vu. This, you see is perhaps an unavoidable glitch in the all-powerful narrative. Just as an earthly woman cannot possibly live simultaneous archetypes of both Madonna and Whore, an earthly, human female cannot possibly be completely dominant and completely moral. The story arc of “Lord of The Flies” is both empowering and yet also completely disillusioning. This is causing professional females who seem to do not much else except female to ramp up the criticism.

â€œNot every story makes sense to gender-flip,â€ wrote Yohana Desta at Vanity Fair. â€œParticularly if that story is William Goldingâ€™s classic Lord of the Flies, a vicious tale about a barbaric boy-made society. The concept alone,â€ she continues, â€œdisregards the point of the book!â€ Get it? â€œThe point of the bookâ€ is that boysâ€”just boys!â€”are inherently bad.

At the time William Golding wrote Lord of The Flies he was accused of being sexist. He triggered early feminists who haven’t read some of the scenes of Golding’s opus too closely by stating the following about little girls versus little boys.

If you land with a group of little boys, they are more like scaled-down society than a group of little girls would be. Donâ€™t ask me why, and this is a terrible thing to say because Iâ€™m going to be chased from hell to breakfast by all the women who talk about equality.

He saw his career dissipation light flicker and deftly virtue-signaled his way out of the wilderness with this rejoinder.

This has nothing to do with equality at all. I mean, I think women are foolish to pretend they are equal to men, they are far superior and always have been.

So let’s take William Golding’s Girl Power Thesis to its logical asymptote. We have the scene in the novel where Simon kills the female pig.

Here, struck down by the heat, the sow fell and the hunters hurled themselves at her. This dreadful eruption from an unknown world made her frantic; she squealed and bucked and the air was full of sweat and noise and blood and terror [â€¦]. The spear moved forward inch by inch and the terrified squealing became a high-pitched scream. Then Jack found the throat and the hot blood spouted over his hands. The sow collapsed under them [â€¦].

So just how would Girl Power supersede this? What, pray tell would a shemale of valor and might do to a pig to outdo the silly little boys? Would any studio in Hollywood have the guts to make a band of WunderWomyn go even as far as the boys did?

We would, however, like to draw your attention to a highly disturbing scene in Chapter Eight when the boys kill a female pig. The sexual violence of the scene and the repetition of “right up her ass” (8.197) make us think that this slaughter sounds a lot like rape. Since the only females on the island are female pigs, we don’t have to face the horrors of what might have happened had little girls been stuck on the island, too. But Golding does make us wonder…

You get a sense of why Ms. Vanity Fair doesn’t think flipping gender (whatever that still is) makes sense here. It almost reminds me of George W. Bush telling us that there jobs Amerikans just won’t do. But then again, Ms. Vanity Fair probably wouldn’t want us extending this logic without loss of generality. Induction can be a treacherous crutch once it starts being used to add things to the subtended set that the original user did not intend. I’m reminded of the infamous 115 lb Female Firefighter. We can move from there to discuss just how many females you want deploying as part of a Combat Infantry Brigade.

Once you decide that you maybe don’t want females walking through minefields or hauling 2/3 of their body weight in firefighting gear, we then move on to peripheral issues like the wage gap vs workplace mortality. Let’s talk benefits vs workplace mortality. Let’s discuss perceptions of male victims of spousal physical abuse vs the perception afforded female victims of the same unrightful treatment.

At some point, Ms. Vanity Fair is not going to be fond of where this conversation starts leading people. At that point, some stories don’t makes sense to gender-flip. That silence that falls is the end state of a narrative that has self-sabotaged. Maybe then, we can all talk some sense. Perhaps that Satanic Pig isn’t such an evil bloke after all.