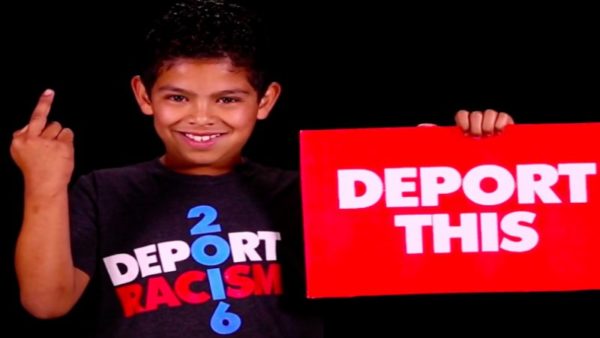 Affirmative Action is worse than officially sanctioned state-sponsored “racism.” It is also, corrupt, inefficient and stupid enough to fail the very people it was intended to save. It does as much for a single mother in a project somewhere as King Canute accomplished by commanding the tides.

And that actually seems to be the point if we assume the people in charge of this were cynical. Yet another indicator of how far LBJ‘s vision of greatness falls short involves how little Affirmative Action has done to effectively improve the educational outcomes of targeted minorities.

Even after decades of affirmative action, black and Hispanic students are more underrepresented at the nationâ€™s top colleges and universities than they were 35 years ago, according to a New York Times analysis. The share of black freshmen at elite schools is virtually unchanged since 1980. Black students are just 6 percent of freshmen but 15 percent of college-age Americans, as the chart below shows.

This, according to The Left was not supposed to happen. Government could step in and make the family and the smaller community irrelevant. But lots of things happen that are not supposed to happen. One thing that I personally don’t think is supposed to happen is widely accepted illegitimate human breeding. But, nope, they don’t listen to cranky old JPW and put a sock on the cock unless the deliberately intend to breed. David French briefly uncucks and notes an interesting correlation between what The Carlos Slim Blog doesn’t want to see happen and what JPW would rather not have occur.

The cohort thatâ€™s most overrepresented in American colleges and universities, Asian Americans, also happens to have the lowest percentage of nonmarital births in the United States. In fact, the greater the percentage of nonmarital births, the worse the educational outcomes. Only 16.4 percent of Asian and Pacific Islander children are born into nonmarried households. For white, Hispanic, and black Americans the percentages are 29.2, 53, and 70.6, respectively.

This was also something that Managerial State Liberals never wanted to see happen. They were smart guys like Jonathan Gruber who could bullshit reality and change its course because, MIT or somesuch credential. This is hubris. This is the fatally-flawed foundation upon which all Leftism is ultimately built. If poli-sci is downstream from theology, then LBJ’s Great Society is the policy consequence of a leadership steeped in a contemporaneous version of The Gnostic Heresy. Who needs a family when Gov-a-God can command that all women lead the Life of Julia.

Follow the BezosBlog link to the original Life of Julia advertisement on BarackObama.com and you’ll fly the 404-Flag. They’ve called the Fire Department on this one and Montague has dutifully arrived. This is fitting. The Life of Julia ranks up there in believability with “If you like your doctor, you can keep him.” The Life of Julia is better represented by this.

The problem is, like so much of our political rhetoric, Julia is not a composite; sheâ€™s a myth. Some of the nationâ€™s single moms may be successful Web designers, but many are poor â€” fully half have incomes of less than $30,000 a year, compared with just 15 percent of married women. Itâ€™s not Pell grants and SBA loans these women rely on but Medicaid and food stamps. And itâ€™s not comfortable retirements in community gardens they contemplate but bleak old age. Whereas government benefits were once the stateâ€™s compassionate response to women who had lost their husbands, in Juliaâ€™s world they are the unquestionable entitlement of women who never married.

The hubris of Amerikan central planners has destroyed the lives and betrayed the hopes and dreams of countless women of every background and color. It has taught them to diminish the family, which has predictably, destroyed and diminished any lasting legacy they hoped would endure beyond their final passage from the terrestrial vale of tears. You cannot undo the stupid with another layer of stupid. Julia’s kids are not getting the benefits of Affirmative Action. The ones raking in money are 3.2% Cherokee and 100% Butthole.

In the end, Affirmative Action is nothing except a fraud and a lie. The only people who still sincerely believe in it’s good intentions are rolling to disbelieve anytime reality bites them in the posterior. Grifters and Card-Sharps use it to steal money, status and honor based on drummed-up racial guilt trips. It can never work because no administrative state in world history has ever been able to change human nature. From Nebuchadnezzer on forward, every attempt at anything resembling an affirmative action program has failed. And here I figured the smart guys at Harvard would piece the truth together and move past…