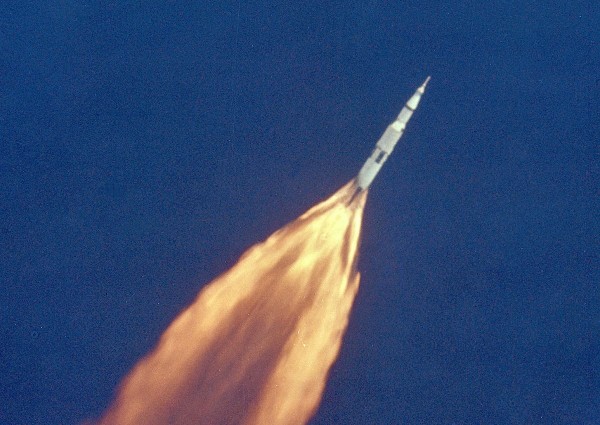 As the cluster of new movements dedicated to rejecting 1789 using modern reasoning — new right, neoreaction, the dark enlightenment, the red pill and the like — reach their maturity and begin to decay through the inevitable proliferation of divergent internal directions, their fundamental lessons are absorbed into the general idea-space of conservatism.

Conservatism inherits these ideas because it is consequentialist, or based in the judgment of effects to validate its causes, not seeing causes as things worthy in themselves as in a moral or social view. Its morality is presumed and is not expressed in the philosophy itself, but used to assess the results of various actions (“causes”) throughout history, keeping those that not only avoid immediate bad results but work toward the best eternal results, generally summarized as “the good, the beautiful and the true” in unison with each other.

Nihilism seems inimical to conservatives because it rejects the inherency of morality. Under nihilism, moral standards are a choice we elect to have, and function as a kind of technology or learning, much as evolution is a choice without a clear value. It may be more comfortable to remain simple and wild and there is no objective way to disprove that, only to point out that it forecloses certain opportunities, including the good, beautiful and true. Nihilism takes consequentialism to the next level: nothing is innate, and we must choose what consequences we desire not based on ourselves, for that would be granting an inherent value to humanness, but to the whole picture of existence that those consequences silhouette.

Neoreaction and nihilism share a common ground in this area. Removing human emotion and morality from the equation, they treat philosophy and politics as modes of learning. In the neoreactionary view, government and civilization are types of technology that we must master, and we master those not through moral reasoning in which cause is the only consideration, but by looking at causes and the effects they generate, then choosing which effects are most sensible given the parameters of reality. We are limited and judged by what we choose. There is no inherent wrongness in someone choosing to live in a mud hut, but there is also a lack of potential in it, and neoreactionaries abandon both the traditional conservative view of inherent morality above humanity and the traditional liberal view of inherent morality within humanity. Instead, they see only the question of a species adapting to its environment, and the choices before it.

This works around the liberal idea of “one right way” according to a human model. It instead views humanity from outside of humanity itself. The libertarian roots of neoreaction suggested that government be viewed as if it were a business, questioning how effective it is, and comparing what may be purchased with the same money. In this context, modern liberal democracy looks inefficient in that the end result it produces is miserable for its citizens, where an aristocratic monarchy where culture takes the place of day-to-day government provides a more beautiful, realistic and thus ultimately good experience of life. In this view, civilization must be viewed in unison; acts of individual humans do not exist in a separate context from the group. Civilization is a group effort to achieve a specific way of life that constitutes both an adaptation and enhancement of our natural state.

Humans fear this kind of thinking on an individual level. The individual seeks to extend the morality of self-preservative fear to the group, so that it creates a mentality of protecting every individual on the basis of individuality alone. In this context, the individual feels protected from consequences; thought exists at the level of pure cause, where the cause in and of itself constitutes results if it pleases others. The paradox in this is that by creating an ideology to administer this belief, society creates a goal higher than the individual, and as history shows is willing to sacrifice many individuals in order to preserve that dogma. The lesson of the past two centuries is that ideology is a dead-end path, because it is entrenched in cause alone, and that only cause-effect reasoning produces viable results.

What neoreactionaries, conservatives and nihilists have in common is that all three groups are realists. They do not see politics as a question within the human world, but a question of how humans will adapt to their world. This type of thinking frees us from the negative logic of liberalism, where a moral justification must be defended against reality, and lets us see reality adaptation as a technology for achieving any number of ends, forcing upon us the question that defines us: what do we want? It is easy to complain, criticize and lambast existing systems or details, but more difficult to have a vision of the future. That is where the future of realist thought begins.

When did the brainwashing begin? | How your future was ruined