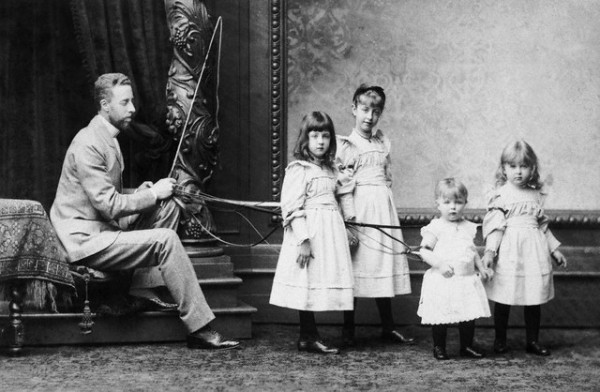 Put up periscope, see what the hive is buzzing about. The rising trend — which we are all supposed to cash in on because popularity determines profitability — is the chatter over the minimum wage. The most recent salvo has been fired as media realized that they can make a case that public welfare is subsidizing big business:

Here’s a stark number for understanding how low-wage employers are relying on the kindness of taxpayers: $153 billion.

That’s the annual bill that state and federal governments are footing for working families making poverty-level wages at big corporations such as Walmart (WMT) and McDonald’s (MCD), according to a new study from the University of California Berkeley Labor Center. Because these workers are paid so little, they are increasingly turning to government aid programs such as food stamps to keep them from dire poverty, the study found.

Let us for a moment set aside our concerns with studies, which use imprecise data sampling to draw broad conclusions, and assume that this policy is true. It is probably not, since the center that produced the study has an interest in gaining headlines and creating itself an audience. It is the academic equivalent of clickbait, maybe call it “peerbait.”

Liberals — who do not think, at least in the sense of trying to estimate correct answers to real world problems — think that this means we should raise the minimum wage.

In fact, it suggests that we should do away with the minimum wage and public welfare alike. If these are subsidizing the market, then we have created a false economy based on government payouts. Remove both minimum wage and welfare and see what these firms have to pay in order to attract workers.

Wonder what that will be?

My guess is that we will find that this study over-counted the elderly greeters at Wal-mart and the teen employees of these firms and used that data to pop the image into our heads of a starving family, putting food stamps and minimum wage together to get by. As the firms themselves will tell you, these jobs — the minimum-wage jobs — are not intended as permanent positions. They are designed for people to get their initial experience in the labor market or use as temporary labor when bouncing back from a misfortune.

Other employees are there mostly to get out of the house. Wal-mart greeters love the extra money they bring in but also gain a sense of being relevant again. Otherwise, it would be sitting around waiting for Social Security checks while watching daytime television. Lots and lots of television, wondering each time it gets blurry if it is simply a bad signal, fading vision, a nap incoming or — gasp! — the big one.

With public welfare, all sorts of behaviors are subsidized because welfare demands nothing more than being poor. There is no accountability or activity requirement for the person involved. You subsidize criminal activity, gang activity, indolence, small amounts of low-level entrepreneurship, drug use, and alcoholism in addition to these evil dastardly big corporations.

The left seems to be trying to counteract the knowledge that a work requirement reduces food stamp participation by 70%:

Between Dec. 1 and April 1, the percentage of able-bodied adults without dependents has dropped by more than 70 percent.

On Oct. 1, Maine implemented a work or volunteer requirement for these able-bodied adults to continue their participation in the Supplement Nutrition Assistance Program.

I am the last person to endorse work-worship. I think that most of what we spend our time doing is wasted time and make-work, and that government only makes it worse by creating jobs through regulations that then require more bureaucrats doing more work that is too boring to contemplate. Even more, I think work as a goal is a false goal. The goal should be a meaningful, fulfilling life, and that varies with the individual according to ability but probably not preference.

I admire Wal-mart for setting up a situation where workers stew at minimum wage until they demonstrate that they are useful on some level, and think that all jobs should be like this, because the greatest creator of make-work is the need to dumb down jobs so that useless people can do them. Keep the useless out of those jobs and jobs get more interesting. When you need to include ornamental people in a job title, the responsibilities of the job narrow and become more repetitive, because the droolers can do those. Everyone else suffers mass tedium.

Where Republicans go wrong, in my view, is that they often endorse this “put your head down, work hard, mow your lawn and everything will be OK!” These goals are nonsense. It makes sense to say that one should contribute to society, but not if society becomes parasitic as it has. Further, you can never focus only on your own life and hope for the best. Without leadership, civilizations crash like Malaysian Air planes.

But here the left is encouraging us to chase bad policy with worse policy. Public welfare is part of the over half of our budget called “entitlement programs” that consist of direct payments to citizens. It achieves nothing but creation of a parasite slave state, in which the productive are enslaved to support the useless, much as was the case in Soviet Russia. Minimum wage is more bad policy because it regulates by law what the market uses to promote productive workers over unproductive, namely wages. Affirmative action and other well-intentioned government programs also make a mess.

In all of these cases, government sees itself as the enemy of quality control. It wants to guarantee every worker, no matter how useless, a high wage, instead of allowing the market to reward those who rise above mediocrity. This may pacify voters, but it creates a nation of the useless and makes jobs boring for the rest. Let go of that vision, and dispatch both of these horrible programs at once.