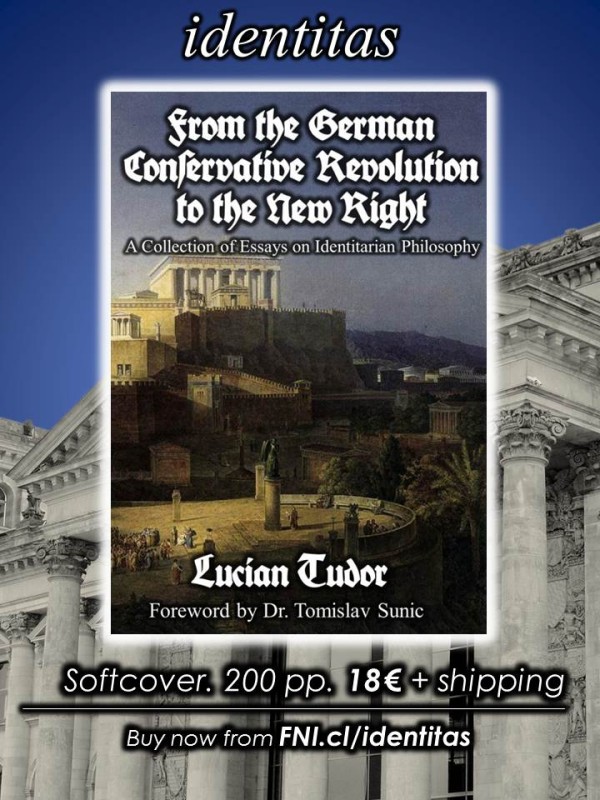 Conservative writer Lucian Tudor has published a book of essays entitled From the German Conservative Revolution to the New Right: A Collection of Essays on Identitarian Philosophy. It is accessible at the site of its publisher, Fuerza Nacional-Identitaria.

Although a review is forthcoming from this site, the background a reader must know is that Tudor writes convincingly on threads in common between different conservative philosophies, and essentially argues that an identitarian basis serves as the foundation of all modern conservatism. This makes sense of conservatism, which seeks to avoid the modern State and in its place have culture and the corresponding morality regulate society from within instead of by external pressure. That degree of social organization is impossible without identity, or the shared biological, cultural and philosophical origins that define a civilization.

More on this exciting new volume later, but for now it is exciting to see it on paper.