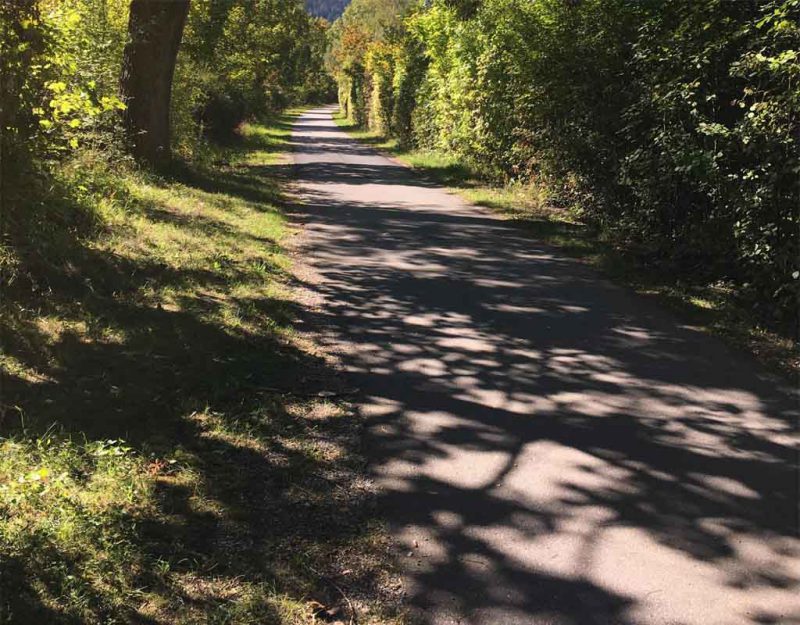 Few Americans — and citizens of the world — have yet seen how profoundly the events of November 2020 will hit the world. No matter what happens, we cannot go back to the old normal of believing we have a functional country; even if they shoehorn Biden into the presidency, many of us know this was fake.

When a government loses legitimacy, it loses goodwill, which means that citizens only do what they are forced to do. That creates a situation similar to that which destroyed the French Revolutionary and Soviet governments, namely that quality and productivity fall across the board.

The existing government can either accept slow change with Trump, or it can refuse him and channel itself immediately into sudden change as its citizens defect from any trust in its institutions. Trump offers it a chance to continue existing, albeit in a slimmed-down form.

As said here before, the Left has no path to victory. If they enshrine Joe Biden as president, they destroy American democracy as it has existed since 1866; if they get beaten by Trump, he is going to slam them all into jail and fire anyone connected to them from government.

This makes democracy work against the Left. Each individual in their organization now fears being fired more than he does the collapse of government, so they are all pressing forward with this fraudulent election in the hopes of maintaining control until the end.

In doing so, they signal to ordinary citizens that America has become a tyranny run by a cabal stretching across media, industry, government, and academia, and that this cabal has sold us out to China, the ultimate bunglers when it comes to having stable civilizations.

Most of us recognize a few really bad signs regarding this election:

When viewed this way, there is clearly reason to explore the notion that this election was hijacked. To date, all major media sources, the courts, Congress, academia, and billionaires oppose even considering this notion.

If they are legitimate, and serious about “democracy” in any form, they would welcome an exploration of the data. After all, it should be easy to disprove.

On the contrary, we see a steadfast refusal to consider the possibility, as if they are terrified of what we might find.

This means that as usually happens in human government, a group of insiders have taken over government and are using it for their own purposes, selling it out to industry and foreign powers. Many societies have perished this way.

In the bigger picture, this means that American democracy has lost its legitimacy. Even if it wins, it self-destructs. That those in power did not consider this suggests that they are both tyrannical and incompetent, a common combination.

This election looks to us like a complete and thorough scam designed not just to steal power, but to beat us down and break out will by making us accept the obvious untrue as Official Truth. We are being controlled by the same criminals who took over the Soviet Union.

From the perspective of history, this means that we are headed into a different system because systems that lose legitimacy lose goodwill and therefore, become non-functional and are replaced. The market forces that now support Biden will soon want the USG gone.

That, too, seems like a familiar pattern. A loose-knit group of usurpers seizes power, but it turns out that some have more influence than others, so the others turn on them. Tyranny results from the lack of order, not too much strong order, although it appears the other way around.

Ironically, this will not have Libertarian roots, but be manifestly anti-Libertarian. Libertarianism presumes that society is a zero-sum game, since more value can always be created in the markets; this shows us the weakness of Libertarianism, which is that it considers markets only, not civilization.

In a civilization, power — including the power to set standards and norms — is a zero-sum game. No one can make any decisions without displacing something else, and in the case of warring diverse groups, someone else.

Civilization itself has value and, in contrast to our modern government-based view, it is not comprised of government and economic systems alone. Culture is important, and the social order arises mostly from culture, which in turn arises from genetics, both of ethnicity and social class.

Now that we have seen that thinking only in terms of the individual devours civilization, our new focus will be more civilization-oriented. We might broadly call it “function-based” instead of based in symbolism, which is what you need to manipulate large groups of self-interested individuals.

Symbolic thinking refers to social thinking, or how we make gestures to communicate to others. If you want to show a girl you love her, drive all night through the snow to bring her flowers. That communicates more than words can, even if it is probably fake.

By the same token, if I am at work and hit my thumb with a hammer, I need to say “ow” rather loudly so that others know I am injured and stop simply passing me more work. Signals matter and signals work, but over time, signals take the place of reality.

We can see this in what has happened in America. Giving out money and civil rights seems like it increases equality, but instead we got a society with a few multibillionaires and many people living on a treadmill from paycheck to paycheck.

MinGov will address this by excluding the symbolic and focusing on the functional. Instead of equality, it will aim for a simple theory: if you do roughly what is right, you will get rewarded; if you do not, you get nothing; if you harm, you get sent elsewhere.

If built on the American system, likely through a Convention of States, MinGov will consist of abolishing the amendments past the Bill of Rights.

This will create a cascading government, meaning that at every level, we elect people who then elect those at the next-higher level. Your local mayor will with other mayors elect your state representatives, who will in turn elect your governor, and those governors will elect a president and Congress.

That makes local government into less of an extended PTA meeting and more of a focus for people to fight out issues directly, and raise them at lower levels, rather than depending on a centralized command authority to figure out what is happening a thousand miles away.

This has always been the tension in American government: clearly we need a strong federal entity in order to have foreign policy and for some efficiencies of scale, like the military and research, but we also need powerful local governments to address problems without the feds inserting their agenda.

In this society, states would have a great deal of power, although they would participate uniformly in the same economic and military system. States could, for example, refuse to accept Californians who want to move there, or have their own standards for public education.

In MinGov, government has a declared mission, namely to take care of its founding culture. Americans fear this because it means that the Anglo-Saxons again take power, but then again, the Anglo-Saxons ruled us better than any other group.

MinGov civilizations recognize that civilization itself has a value and that government is a means to that end, not an end in itself that can invent agendas such as anti-poverty, civil rights, or the War on Some Drugs to compel us all to behave as is beneficial for it.

Most likely, MinGov will show us the erosion of the democratic principle — society can be everything to everyone — and a return to the idea that reality is consistent and rewards certain behaviors, so we will choose those, and only from among them, choose the options that turn out best in the long term.

From there, we will move on toward even more functional forms of civilization, at least if humanity wants to survive. It turns out that in a group, we are just as abusive as the little man with a badge, and that people in groups tend to do what benefits them at the expense of everyone else.

Older systems like aristocracy consisted of our best people, bred like cattle for the purpose of leadership, who were entrusted with wealth and power to keep it from the rest of us, because we as a group act more like tyrants than benevolent wizards.

I outline what I think comes after MinGov, as we further leave behind symbolism and head into functionalism, in these writings: