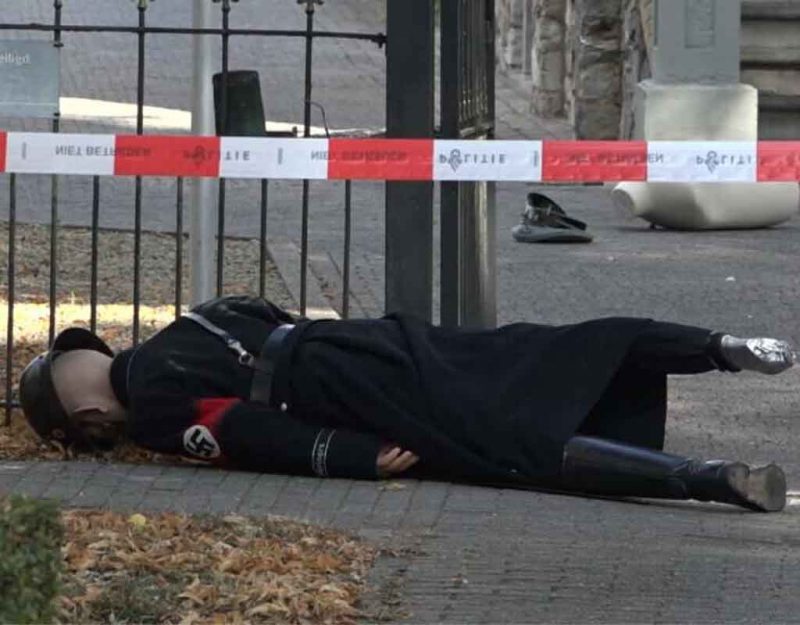 At the time when it was published, the Field Guide to Modern Morons attracted almost no attention, since morons dominated the purchasing audience as well as the publishing industry. However, over time it became recognized as the definitive guide to foolish mental crutches used by others.

Of all of the armchair internet activists, the Black Pill Accelerationist (BPA) may be the least understood simply because most people avoid them so rigorously that they do not have time to study them. This creates echo chambers of BPAs where they circulate the same tired ideas in a staggered repetition so that there is constantly something different to talk about, except that the topics repeat.

These can be categorized as armchair activists because like all members of that genre, they actually do nothing. They may stockpile weapons and Bibles like the Benedict Option Evangelists, but they ultimately aim to avoid interacting with society entirely as it impedes their pursuit of cost-efficient alcohol.

BPAs use a variant of this standard argument:

The game is rigged, the Jews control everything, and nothing you can do will change anything, so just sit back and prepare for the great race war that will be coming very soon. In the meantime, the only essential activism consists of forcing others to join the National Socialist cult and alienate themselves from anyone but other National Socialists. The worst thing that you can do is to improve the conditions of anything, since that way, the final war will be delayed further.

Generally found posting to the internet from nicotine-scarred computers and with a Natural Light open in one hand, BPAs eschew hard politics talk in favor of “theory,” which means talking about the merits of National Socialism, genocide, and the ultimate victory in the future over the Jew.

Anyone who points toward less extreme measures, such as simply disabling dysfunctional laws and ending government subsidies, will be deemed and publicly excoriated as a weakling and servant of the international Jew.

In the BPA cosmology, the Jew controls the media, government, law, business, and education; the National Socialist cannot hope to prevail there, so much simply resist these things by not participating in them. In this way, the BPAs have most in common with vegans and anarchists.

BPAs seem to believe in a linear history that ends in the destruction of humanity, at which point a few intoxicated National Socialists rise from their memorabilia-encrusted apartments and trailers, and take up arms to kill the Jew, delivering humanity from evil like Frodo tossing the ring into Mount Doom.

Their fatalism strikes them as a type of noble sacrifice, much like how neoconservatives believe society will always perish of itself and the only solution is to convert people to Christianity, and they talk in the same reverent tones of history as do those who believe that America was always Indian land and will revert to that state through the mixture of races and the collapse of organized civilization.

Instead of giving land back to the Indians, however, BPAs argue for the destruction of our society entirely and its rebirth through fire as a pure National Socialist state peopled by those of a quarter Irish, German, Italian, and Polish heritage. That this person would be a sixteen non-White does not disturb them; for them, Whiteness is a construct of skin color and allegiance to National Socialism.

Like all accelerationists, this group urges us to stop trying to save ourselves, to embrace the decline, and wait for a future magical event which like the Hand of God will make history change course. This gives them more time to sit in armchairs, posting to the internet, and drinking Natural Light.