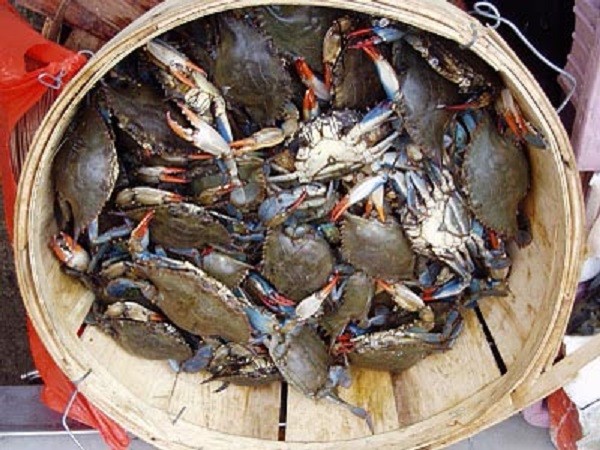 One fine fall day, a massive grumbling from the stomach split the silent morning. The cells on break time were hanging loose at their favorite watering hole, a looped vein near the pyloric sphincter that tended to accumulate abundant nutrients. And, as usual, the talk turned to the lack of a comfortable living in the support tissues.

“I’ve really had it with all of this,” said an epithelial cell. “We do all the hard work, and the heart and brain are just kickin’ back and living the fine life.”

“It’s true,” spoke up a swarthy intestinal lining cell. “Who picks the nutrients out of the food? Me, all day long. And I see none of it.”

“You guys think you have it bad,” said a muscle cell. Muscle cells generally did not grumble as they tended to get more oxygen than organs. “I used to have a steady flow, every day. Now some days, I’m gasping.”

A lone nerve cell sparked up a cigarette and tossed in her two cents. “There hasn’t been as much food lately,” she cautioned. “Everyone gets less. The brain is trying to find us more food.”

A hubbub bubbled up and drowned her out.

“More food?” raged the intestinal lining cell. “We’ve got enough, we just need to spread it around a bit more. The brain is 2.8% of the body weight, but uses 20.37% of its energy. That’s just too much.”

“You know, you’re right,” said a pancreatic cell. “If we divided up the nutrients evenly, there would be no more strife. No more wars. No more social classes. We could live in harmony forevermore.”

A roar of approval shot forth from the undifferentiated tissue.

“What a paradise it could be,” said a comely young liver cell. “Everyone living for love, living in peace, doing what they need to do, you know, discovering themselves.”

Suddenly the cells felt themselves being crowded. An armored line of immune cells faced them down. “Break it up! Go back to your places!” megaphones boomed.

“Fascists!” screamed a longhaired prostate cell, flinging intracellular waste at them. The immune cells wrestled him to the ground and punched him repeatedly.

The lead immune cell faced the crowd. “Listen, we’ve got a social order here. If you break it, chaos results. If you make it too lenient, everyone works more to accomodate everyone else. We have to all work toward the same goal or civilization falls apart.”

Two surly and bearded kidney cells detached from the back cell wall and began to wander among the crowd, murmuring. One of them sold out copies of his magnum opus, “Harmonistics: Vector Analysis of Class Disparities and The One True Solution, Equiveinous Unitivism.” Silently they tossed droplets of adrenaline among the angriest, thinnest, meanest and dumbest cells.

“The revolution begins today,” howled a scruffy adrenal cell. “For too long, the 2.8% has dominated the rest and made us its slaves.”

“For too long, the 2.8% has divided us by organs and tissue types. They have divided us against each other! For the truth is, we are all brothers and together we can make a new and better life.”

“For too long, the 2.8% has made us unequal, which is unnatural. We are known only by our homeostatic function, and that ranks us for nutrients. In our new world, we will be individuals of no cell type and no rank. We will all be equal. The brain cell and the liver cell shall come together and not be nerve cell and smooth cell, but a new type of cell, the undifferentiated cell, a citizen at large.”

“YES, WE ARE INDIVIDUALS,” the crowd roared.

The kidney cell cast a sly look at his cohort, who nodded. Sales of the pamphlet were going well. Whatever happened, these two kidney cells were going to retire to luxury on desireable bloodstream-front property in the appendix, the most desired neighborhood.

“Onward with the revolution!” he shouted.

The crowd surged forth and made good on their plans. First, they set up a space in the prostate for a prototype of the new society. They called it the Free Zone. There were no rules. Everything was divided equally. People worked when they felt like it. For a few months, it was ideal.

Over time, however, the cells began grumbling again. It seemed that not all cells wanted to work at all, and some cells just made a hash of it when they had to do certain things. But every time the grumbling reached a peak, the kidney cells were there, tossing free nutrients into the crowd.

“We don’t need leaders,” said a scruffy kidney cell. “We’ll just vote on what we want to do.” It was hard to get consensus, because almost everyone had a suggestion, and soon there was chaos. The kidney cells never seemed to mind. It was as if they encouraged the crowd to get louder, and more disorganized, and then laughed and disappeared when the votes turned out inconclusive.

Soon the Free Zone grew. The new cells abandoned their tissue types, and shared DNA freely with each other. They became individuals, which from a distance looked like cells with no particular purpose, or undifferentiated tissue. Everyone loved the Free Zone because there were no rules. Soon it grew and grew.

At this point, the revolution spread to other organs as well. Free Zones began cropping up in the liver, the pancreas, the intestines and even finally, the brain. Throughout the body, the old way — having leadership and hierarchy — fell in favor of the Free Zones and their new way of doing things.

The young liver cell was ecstatic. Finally, they had crushed the oppression that had kept her and her family down for all these years. They had broken the barriers between tissue types. Everyone was equal. Everything was perfect.

But problems remained. The Free Zone in the intestines was blocking the absorption of nutrients, so there was less to go around. A vote was taken, and it was decided to cut back the amount of food the brain received. This seemed to work for a few days, and then the number of injuries skyrocketed, as if the brain was completely out of its mind.

“The brain has declared war on us,” raged a kidney cell. “We have been attacked and must defend ourselves. And while we’re at it, we should just replace this brain with elections. We don’t need a brain anymore. It’s no smarter than we are. Because we are individuals! Are you individuals?”

“YES, WE ARE INDIVIDUALS!” shouted the crowd.

The Free Zone in the brain expanded until it took over most of that organ. The injuries stopped almost entirely — in fact, it was as if the body were not in motion at all. Nutrients arrived on a regular basis, as did pleasing television and morphine.

“We’ve really got it made now,” one of the intestinal cells jostled his comrade, as they made the long walk around the Free Zone that now took up most of the intestine.

Only one disturbing event marred the solicitude of the new perfect empire. An injury that was totally unexpected occurred; the nerve cells were on drugs of some kind, and didn’t do their duty reporting back. “Whatever, we’re all equal now,” they called back. But the Free Zone in the liver was almost totally destroyed!

“This is the work of the brain’s lackeys,” said the kidney cells. “We honor our fallen comrades. Now, who wants some more free nutrients?”

The attacks continued however. One day they all awoke from a drugged stupor and found the original Free Zone in the prostate had been destroyed. A few days later, the muscles reported new toxins in the bloodstream.

Again the cells gathered in the looped vein and started their angry chatter. “Why aren’t our leaders doing something?” asked an epithelial cell.

“We have no leaders,” said an immune cell through a drugged haze. “We vote now. We’re all equal.”

“What should we do?” said the young kidney cell, who found herself alone again, her latest beau having not stayed because, all things being equal, he’d found a comely young hair follicle cell who was giving herself away.

The grumbling continued until finally the cells turned to an immune cell and demanded he bring the people accountable to justice. Shrugging, he grabbed a few of his old mates from the precinct, and they vanished. A few minutes later they returned with the bearded kidney cells, who looked hung over and like they’d been asleep — asleep in the middle of the day? — surely not.

One kidney cell looked out over the angry mob and fled immediately. The other one nervously smoothed his hair, then took the podium.

“Brothers and sisters,” he said, “You may think we are in dire straits, but we are at the moment of our greatest triumph. This morning, advance units of our revolutionary guard have stationed themselves in the heart and the remaining unconquered areas of the brain.”

“This has been a long war, a hard war. The lackeys of the brain and heart have destroyed many Free Zones, and we have suffered under their injustices many times. But those were the last times. Today, we take total control.”

“We are no longer separated by tissue types. We are all equal. And with the Free Zones, we are more than that. We are individuals. This means that we do not think of ourselves by our rank in the body, and indeed we don’t have one. We are a new type of cell, an undifferentiated cell. And this means that we are all one.”

“Yes, my brothers and sisters, we have finally brought justice to this body. Say it with me: we are all one.”

“WE ARE ALL ONE,” the crowd shouted.

The kidney cell paused for dramatic effect. “We have overthrown the illegitimate power over us, and brought about a new age of peace and prosperity. We are all one!” Someone brought out a guitar, and the comely liver cell began a strip-tease dance on the stage behind the podium.

“WE ARE ALL ONE,” the crowd shouted, but a new noise began to drown them out. The regular beat of the heart had become erratic and confused. Shocked looks filled the crowd. At the front, however, the most popular of the cells — the teachers, the singers and actors, and the politicians — kept up the chant:

And then, the beating stopped.

“Looks like this one’s a goner,” said the doctor, removing his glasses. “We did everything we could.”

“It’s a shame,” said his partner. “Oh well, let’s clean up and get out of here. There’s an election tonight. I hope the new Equality Amendment passes.”

They left the room, silent except for the hum of a disinterested lamp.

The 1% | A lesson in statecraft