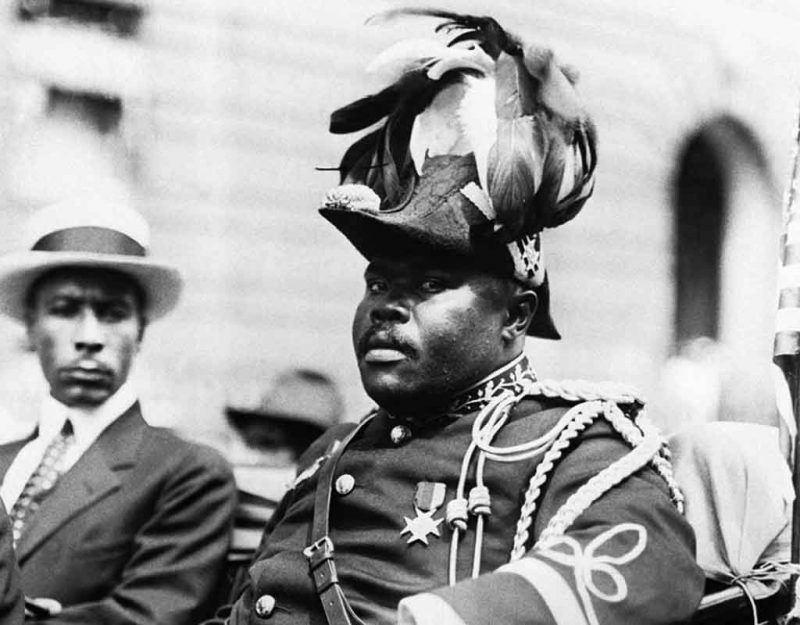 Happy birthday to one of history’s greatest nationalists, Marcus Garvey, who was born on August 17, 1887.

Garvey was famous for arguing that Black liberation required Black independence, notably by moving to Africa and setting up a major empire there. His ideas remain controversial because they offend the democratic ideal of equality and the socialist idea of people being “workers of the world” and not members of ethnic groups:

He also told members of the Universal Negro Improvement Association in 1921, “If you want liberty you yourselves must strike the blow. If you must be free, you must become so through your own effort … Until you produce what the white man has produced you will not be his equal.”

In many of his lectures, Garvey summarized his views on the rights of African Americans by noting, “The first dying that is to be done by the black man in the future will be done to make himself free. And then when we are finished, if we have any charity to bestow, we may die for the white man. But as for me, I think I have stopped dying for him.”

He understood the quasi-universality of nationalism, which is that each group needs its own space:

In 1923, after a controversial trial, Garvey was found guilty of these charges and sentenced to a maximum of five years in prison. He blamed a Jewish judge and Jewish jurors for his conviction, saying that they sought retribution against him after he had agreed to meet with the Grand Wizard of the Ku Klux Klan (K.K.K.) several months prior to the trial.

Garvey believed he and the K.K.K. shared similar views on segregation, given that he sought a separate state for African Americans.

Let us celebrate this vision where instead of enemies under diversity, we can be friends under pan-nationalism, or nationalism for all groups enforced with continental and national separation.