Liberalism is a mental disease spread through self-pity 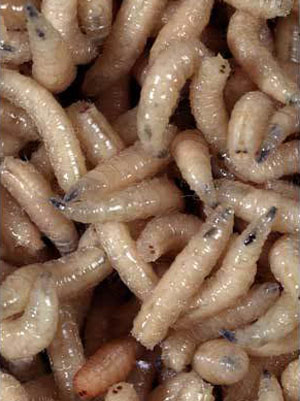 I will explain this quickly because I lead a busy life, generally involving work that creates for my family stability outside of what is promised to us by the government, the good will of my fellow citizens and even the comforts of religion and friendship.

Our society is hell. It is a subtle hell, because it is not fire and brimstone. It is instead a conspiracy of many details that don’t add up into a whole. It is what happens when big complex things like civilizations fall apart.

There is no way to point to any specific facts, only a fact pattern. We no longer have anything in common. We rely on more rules and regulations to fix that. The more rules we make, the more they are evaded. This in turn leads to social chaos, more police and more cheating.

If any of you think democracy is going to save you, perhaps consider mental health care: democracy is demagoguery, or using pleasant and/or scary images to browbeat the population into reacting in knee-jerk ways. Your best leaders are the ones who have lied to you, and then done what needed to be done in order to protect their own families, friends and neighbors.

Some of you believe the media, and I’d pity you if I didn’t think pity was a disease. The media sells products. The best product is dramatic. This is why every week in the news there is a new Hitler, a new miracle cure, a new soft-hearted story and a new “deep” question for you to feel important talking about. Take this hint: there are millions of such stories possible, but the media chooses the ones they need when they need them to sell product.

Industry is not going to save you either. Industry has no fixed actors. It isn’t people; it’s people pulling a drive-by in which they invest, make money, and get out, because they’re not fools and they don’t trust society either. The only escape is wealth. If you own a private island and private security, no one can harm you.

They feel this way (as do I) because this society is unstable because it is built upon illusions. We are living off of the wealth of the past, that which our great-grandfathers invented and made. We don’t do anything for ourselves. We are decadent and permissive, have no standards, and nothing in common.

Laws? Trials? It doesn’t matter, because everything comes down to popularity. Judges need to be elected, so do politicians. Products need to be bought. Everyone wants what is popular, as it will make them rich, and no one wants what is unpopular to get in the way of the money.

In democracy, a simple lie like bread and circuses always wins out over a complex truth. The first election, or the meta-election, was to decriminalize lying and in fact to make it the currency of the realm. Social problems persist because we cannot face them honestly, either to fix them or to admit they’ll always be with us, like poverty and alcoholism.

Any civilization that separates actual truth from “official” truth is heading downward. Corruption, distrust and manipulation rot it from within. A society without good leadership falls apart. If you want to see an example of a fallen-apart place, look at the third world. Most of those nations are what’s left of once-great empires.

How did our society get this way? It adopted liberalism. Liberalism is a mental disease spread by self-pity. The primary idea of liberalism is that the individual perception of reality comes before results. It does this in order to make everyone feel good, which is how you make a social event succeed.

If you want to be popular, go around and tell everyone about how they’re wonderful. Everyone is great, everything is great, it’s all going to be OK. There is no need to worry about the possibility of things going wrong, because we are all here and in agreement and we will all make sure that doesn’t happen.

The reason for saying this is to make each individual feel that he or she is not accountable for the results of his or her actions. Whatever method is chosen, and whatever results occur, the individual is not to blame because they are equal.

Liberalism constitutes a denial of actual reality in favor of thoughts which are pleasant in appearance. It works backward: you figure out what result you want, and then you claim that result is your method, leaving the question of the consequences of that method unknown.

Conservatism works the other way: we look at all known results of all known actions, and pick our method by its results. Liberalism is the first half of the decision cycle: you look at what you want, then figure out how to get it. Liberals omit the second half. Conservatives have both halves.

This difference is important because how your leaders and fellow citizens choose to act is determined by the shared values system they choose. They can choose liberalism (humans-first) or conservativism (reality-first). Naturally, liberalism is more popular.

How much of moral thinking is innate? Haidt sees morality as a “social construction” that varies by time and place. We all live in a “web of shared meanings and values” that become our moral matrix, he writes, and these matrices form what Haidt, quoting the science-fiction writer William Gibson, likens to “a consensual hallucination.” But all humans graft their moralities on psychological systems that evolved to serve various needs, like caring for families and punishing cheaters. – “Jonathan Haidt Decodes the Tribal Psychology of Politics,” The Chronicle of Higher Education

The liberal consensual reality is that “Everyone should be equal, and we should all be free!”

This sounds good, but we must consider more than one level of game play here. What are the consequences of doing this? Conservatism works the other way: we look at all known results of all known actions, and pick our method by its results. That is less popular.

Liberalism is the equivalent of schizophrenia. We create a fake reality, a consensual values system based on what we want to be true and not what is true, and then our society falls apart under us.

If we saw a patient behaving this way in a hospital or courtroom, we would categorize this person as having a mental disease because of their denial of obvious reality in favor of a fantasy world. Liberalism takes this insanity and dresses it up as “morality” by ignoring the second half of the cycle, which is the effects of its actions.

It is spread by self-pity because in order to deny reality you have to feel that something is wrong with reality. You invent a fantasy world because this world is horrible to you. Liberalism, by creating an unrealistic and dysfunctional society, makes more people self-pitying. It spreads like a cancer.

What you must do is decide whether you care about the future of humanity and all the species on planet earth. The choice is yours: either a third-world wasteland, or a first-world place that thinks about the results of our actions. It is a moral, scientific, political and ethical choice to be conservative.

To help turn the tide, repeat this as frequently and loudly as you can: Liberalism is a mental disease spread by self-pity. It makes liberals angry, but they retreat, because they know it’s true. So do you, and that’s why you’re considering it.

What do the voters want? | Anatomy of a self-fulfulling prophecy