Anatomy of a self-fulfulling prophecy 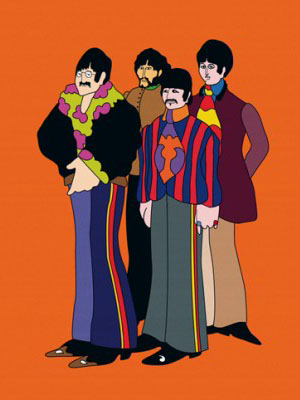 Once you have one revolution, everything after that must measure up by being revolutionary too.

This means you can no longer have incremental change or small victories. It’s not a new type of screw-top lid; it’s the screw-top lid that will revolutionize life on earth.

It may even bring world peace.

Over the past 2,400 years, we’ve seen a lot of revolutions. Most of history is made in un-doing them. They all tend to be about the same: the relatively insignificant change that in a social or emotional context “changes the world.”

Way back in the 1960s, there was a culture revolution staffed by hippies. They were here to tell us the insignificant: if we love each other, take lots of drugs, and accept just about any act as moral, we will live in a new world. It will be better, they said.

Theirs was a self-fulfilling prophecy, but they did not know it. To them, the world of peace and happiness could be had by acting as if that state had been achieved. Little did they know that an end result must have a cause other than itself, or the “end result” becomes a method toward an unknown end.

They didn’t think about that, or wonder what that end might be.

Always one for being iconoclastic, or deliberately and forcedly weird, The Beatles released Yellow Submarine in 1969. It accompanied a movie by the same name, in which psychedelic travelers tried to find a new paradise by escaping the Blue Meanies (analogue for police) into a groovy new state of mind. If it sounds like a child’s cartoon, it is. It just projects adult drama into that simplistic setting.

The original trigger for it was a song in which the vocalist describes an idyllic life in a yellow submarine, separated from humanity and hiding in the sea. Dream analysts may find the symbolism of hiding in the unconscious mind (water) interesting. Others will see the more likely explanation.

The Beatles, like all other revolutionaries, had impure hearts. They wanted revolutionary change, but were conflicted in themselves and harbored great doubts. The word “harbored” is appropriate: they nourished these doubts at the teats of their spirits.

Where the song and video are a self-fulfilling prophecy is that they predict a negative world, and create it by pulling back from reality as it is and forming an even less coherent worldview. The problem, as The Beatles saw it, was people projecting their needs onto the world selfishly. Thus, The Beatles did the same thing.

That the two fantasies were putatively different was really irrelevant. Both were the same method: project, then create the situation you envisioned, which doesn’t work out so well in actuality.

The difference is that the world before The Beatles, while imperfect, was attempting to find clarity in a balance between human mental urges and the complex web of interrelations that make reality interesting.

Now a half-century later The Beatles are ironic prophets. We all live in yellow submarines. Our communities are gated, our homes are air-tight and connected to the world through water and air filters. We live through bright colors and symbols in our text messages, Facebook and official documents.

Psychologically, we might as well be in air-tight submarines. We have identified the world as hostile, and withdrawn from it, resulting in its decay while we seal ourselves away.

Like most revolutions, this one knew what it hated, and was so busy hating it that it replicated it, but in a less competent form. Perhaps the source of human misery is human delusion, and no amount of revolutionary submergence can change that.