What do the voters want? 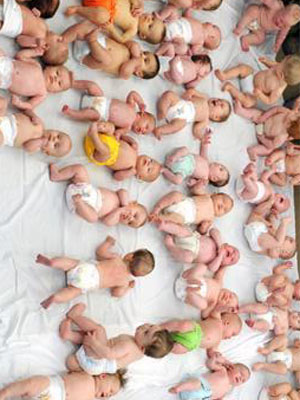 After the second presidential debate, much ink and airtime is being wasted on pointless questions about who is swaying what audience.

In our society, by the nature of our manic individualism manifested in a religious zealotry for equality, we cannot speak of people making up their minds. Instead, we assume they act in groups according to what is convenient for them.

If their special issue is flagged, the switch goes to on. For this reason, politicians spend a lot of time attempting to pander to various groups in the hope that enough will add up to make a win.

As a result, we think we know what the voters want.

However, this is an illusion. Categories overlap. People value some things more than convenience. Very many people are either totally irrational, or have issues unrelated to their lifestyle category.

What makes sense instead is to think of voters (a) as a series of strata by ability and (b) as people who pick a single issue to symbolize the type of change they would like to see in their country.

For example, when social conservatives rail on about abortion, they’re really saying they’d like a country where sex and death are sacred. That implies that other things are sacred, and other behaviors are off the menu.

For Republicans and moderates, this election is having a gelling effect. They don’t like the direction the country is going, as a whole. It has gone down a bad path, and it isn’t the type of society we want, and we’ve put up with it for a long time figuring a break was around the corner, but then life got bad and right after that, the economy collapsed.

This economic collapse isn’t all that important except as a political talking point. People gave up on unbridled capitalism with the Great Depression; with the 2007-2012 screwup they’re giving up on regulated entitlement states.

The thinking is that if neither works, go with the one that you can at least plan for and evade the worst of it. Some have even figured out that the 2007 disaster started in 1992-1996 when we converted to an “information economy” based on selling ourselves entertainment products. Thanks, Bill Clinton.

Right now the left wants more of an entitlement state. This is because most people, when things aren’t working, assume that people just aren’t loyal enough to the group or the idea, and so they re-apply their failed methods, but push harder.

This is not what most people in the country want.

They do not like the entitlement state because it transfers wealth from growth-areas to dead-ends, in the name of fixing poverty. It is an unstable place, with many speech codes and a Party elite in media, academia and government who weed out unbelievers using social ostracization as a weapon.

Avoiding that bad path, what most people want is a sensible living path. This doesn’t summarize well, which is why they vote for symbols. They want a low-drama place that allows productive people to live normal lives unimpeded by government, in family-friendly (socially conservative) neighborhoods, surrounded by people like them.

Under liberalism, you cannot have that, because ideology demands we all embark on the great progressive quest. This search for an external purpose hides an internal void. The most common substitute for filling the void is charity, altruism and egalitarianism. Society becomes a “keeping up with the Joneses” contest to see who can help the poor the most. which makes a looter’s paradise that discriminates against healthy, normal citizens.

If you wondered why this election is so crucial, you can see why here. We’re at a crossroads, and most of our country wants to take a path away from the path we were on. But there’s an angry junior group that would rather destroy it than leave behind their ideology, and so a mortal conflict has been unleashed.