The reason for the suicide of the West 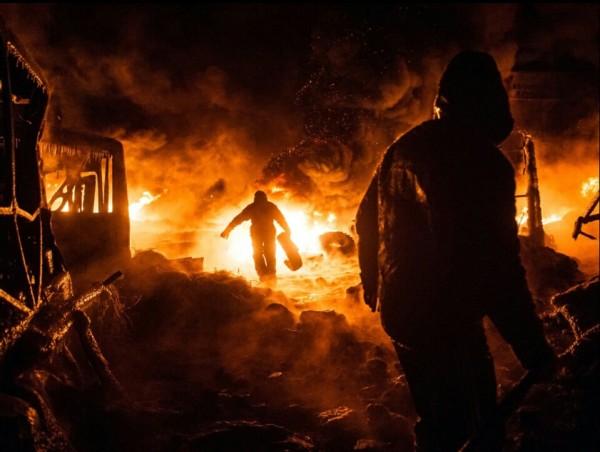 If we had something simple to say at this blog, we’d be either one of those red white and blue blogs that explain in excruciating detail why Obama is stupid, or one of those cool underground blogs that mixes pick up artist lore with virulent nationalism.

However, Amerika.org is kind of nexus: we join the oldest conservative traditions with deep ecology and a general study of society itself, such that we’ve got more in common with literature and sociology sometimes than a political viewpoint. However, all of our viewpoints are informed by the conservative ideal of non-utilitarian consequentialism, sacralization and a sense of order. In fact, this is why we argue deep ecology is compatible with conservatism: both are focused on promoting the sacred role of nature and culture in a time when most of society is run by institutions and commerce.

Thus you don’t find the easy red white and blue talking points or the underground right sense of revolutionary logic. We talk about common sense and how things must evolve to be more like what all of us at least ostensibly agree is good. Sometimes this leads us to a type of social critique that is beyond politics even.

If you are paying any attention to history at large, which most of you are not because you are busy with jobs, family and shopping, you know that the West as a whole is in decline. Both Europe and the USA claim heritage to Western Europe and both are in free-fall, although their clever bureaucrats have found ways of explaining away the rot and hiding the collapsing infrastructure behind bogus cherry-picked studies and propaganda for happy, socially popular notions.

Michel Houellebecq calls this phenomenon “the suicide of the West.” The red white and blue sites won’t touch it because it invalidates their patriotism, and the underground right sites recognize it but can’t figure out why it’s happening. Today we’re going to talk about why it is happening and what can be done about it.

The first thing to recognize is that the suicide of the West is not an institutional process. Most if not all government in our time is institutional, since if you declare the individual equal you put their moral choices beyond reproach and thus obliterate the notion of culture or shared values. Instead, you have shared politics, or the notion that we all cleave together because we are defending freedom and equality. That sounds like those silly team-building exercises they launch in American offices, where everyone pays lip service and then throws away the memo because the only thing that unites them is the need for a paycheck. The suicide of the West is not caused by a lack of politics or economics, but of shared values. Our demise is not caused by a rogue institution but by the center falling out of our society because people no longer have anything in common and any motivation to do anything about it.

Another worthwhile recognition is that the suicide of the West is perpetrated through individuals, as is all political change of a profound nature. We are taught that change happens through elections, but those are really the symbolization of attitude changes, not its source. What happens is that individuals start acting or thinking a certain way, politicians pander to it and encourage it, because it gives them power over those people. What is happening as the West dies is that individuals are finding it not worth striving anymore, a condition Nietzsche calls “nihilism,” because they have no faith in anything. They don’t believe their actions can have efficacy, or make a positive effect on the world. They don’t believe there is any importance to the survival of a particular nation, race, or even tradition. They have nothing but themselves.

And this, if we think about it, is the root of the death of the West: atomization, or the separation of the individual from the world and from civilization. Whatever the origin of this crisis, it has been accelerated by our choices. Democracy enables us to avoid participating in society’s direction except through voting, which is a tenth-generation proxy of a proxy. Economic mobility enables us to ignore the consequences of our acts or the experience of our daily life in employment in order to play an advanced lottery that rewards us with huge amounts of money and social prestige for playing the game. However, these jobs are simultaneously more removed from any actual positive effect, which makes them both careless (as in the results don’t matter) and pointless because they give nothing. They are just servitude to form over function. Finally, our society’s reliance on guilt and pity as means of control determines that we will be chock full of parasites, who have invented some reason why they are to be pitied and thus should be given sustenance at the expense of others.

In short, the West now resembles a suicidal war. Fight for no reason, for no reward other than more tokens and a more comfortable bunk, for a team that no longer stands for anything, against an enemy who is meaningless and probably does not exist. How will we know if we succeed? We never will. How will we make our deaths matter? We cannot, under this system. The nihilism of our inner souls has created a society without purpose, and we hate it and we hate ourselves for that!

Western literature has been sounding this alarm for centuries: as we throw away obstacles to individual total autonomy, we also remove the webs that bind us together. Meaning is seen is being able to use our powers for some cause we believe in, but we’re systematically dismantling those. Thus life becomes empty, more like a jail sentence than an opportunity, and people become spiteful, dishonest, hateful and manipulative. That is the mythology of the end and we can see it in practice.

Solutions to this problem seem entirely elusive. Some bemoan a lack of God, others a lack of charity. I would substitute a simpler solution: switch our focus from individual autonomy to group identity, and through that group identity, work together toward goals that make us feel better about ourselves without pity. Instead of focusing on the world’s impoverished, focus on restoring nature and studying our world and space. Instead of worrying about economics, focus on the way we spend our time and whether it’s worth a damn thing. Instead of making each of us servants to everyone else, make us all participants in a quest worth undertaking. Only then do we change from suicidal to embracing life and through that, heal our dark rotted core.

Liberalism: a begging the question fallacy | The liberal sabotage of the family