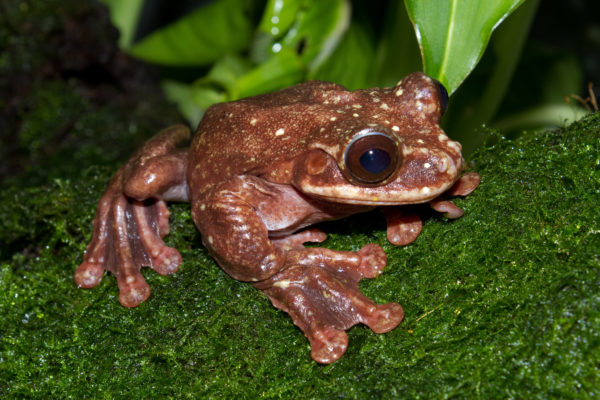 Species die all the time. One day, there are plenty of them and their worries are personal if anything. Then they notice there are too few of them, and other species that are similar to them are greater in number. Finally they find they no longer have others of their species to be mates, and then everything goes dark.

The Rabbsâ€™ fringe-limbed treefrog (Ecnomiohyla rabborum) recently went extinct when the last known specimen died in a zoo on September 26. Their numbers dwindled until we could find only one, and when he died, there was no source of others. Just an empty space in the ecosystem, perhaps being filled by other species now.

Western Europeans should consider this. Our extinction will come about through mixing with other groups, at which point we will no longer look the same, think the same, or have the same abilities. We will have become something else, and it will be more like everyone else on earth.

Like smart kids in high school who start making stupid decisions like taking drugs or having unwise sex with idiots, the social pressure is on Western Europeans to just conform and be like everyone else. To give in and give up on ourselves.

And yet, for millennia our people have been outliers. We went our own way and did not do what everyone else did. For them, the results are roughly the same, but for us and a few other populations (Japanese, Jews) the outcome has been radically different. We only reversed course when we started to feel guilt because of class warfare in our own nations.

Civilization is fragile, and it is what guards the genetic group that forms a population. With that group gone, the traits that made it distinct go away as well, including the abilities that were unique to its members. Soon all that is left is more of the same, and rumors of a golden age in the past.