Leftism Revolted Against Nature, But Then Nature Won The Upper Hand 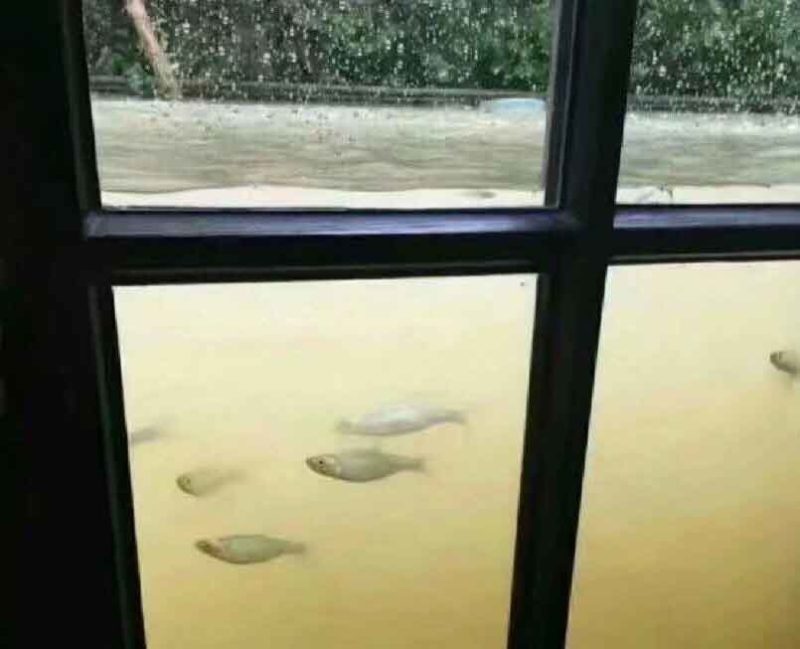 Very few people understand the true essence of Leftism. Individualism, or the me-first attitude, plays a careful game: it demands anarchy for the individualist, but in order that the individualist not be punished, trades that by extending the same to everyone else. This binds them into a crowd driven by herd behavior and united with peer pressure.

Collectivism emerges from the philosophy of “No individual individualist left behind,” meaning that all are guaranteed equality so that they can pursue their individualistic urges at the expense of the commons, which includes social order, civilization, and values.

Individualists want social standards abolished. To that end, they want to obliterate notice of differences between individuals, lest we come to realize that as mentioned in The Bell Curve, our society exists on several strata of ability and moral character, and we benefit when the top stratum is in power, not the lower as we have now.

Fortunately for us realists out here, nature has continued doing what nature does, which is to sort things, placing the better above the lesser. This can be seen through the failure of Leftist propaganda to alter reality, as detailed in Engaging Minds: Cultures of Education and Practices of Teaching by Brent Davis, Dennis Sumara, and Rebecca Luce-Kapler

Since being introduced, the notion that education can level the economic playing field by enabling individuals to transcend their situations has become ubiquitous and commonsensical. The belief is so prevalent that it has almost completely eclipsed an immense transformation in thinking about the nature of social class that unfolded through the 1800s. Two hundred years ago in the industrialized world, social class was widely regarded as part of the natural order â€“ that is, the way things were supposed to be. In essence, the belief was that the universe had decreed that some people (and their descendants) were naturally superior and thus destined to have advantage. Within this mindset, the social class into which one is born is the class to which one belongs. Rigid cultural barriers were erected to block interclass movement. And even though this attitude is now considered foreign and nonsensical to most in developed nations, it continues in force in many locations in the world.

The erosion of this belief in most of the wealthy, industrialized world can be attributed in large part to formal education, which has indeed proven to be an effective means for some individuals to transcend the conditions of their youth. Such successes, however, are uneven. In fact, they remain more the exception than the rule. For the most part, children grow up and inhabit the same socioeconomic classes as their parents.

The notion of education as an equalizer requires us to believe that all people are essentially similar in ability and therefore the only difference between a king and a peasant is that a king went to more lectures, memorized more stuff, and then repeated more of that stuff in some novel form on more exams.

This parallels the notions of democracy and classical liberal “freedom,” both parts of the set of what is referred to by some as demotism, which assert that individuals making self-interested decisions ultimately arrive at something approximating reality more accurately than our best minds can.

Recent research (via James Thompson) tells us instead that intelligence is genetic, and the code for it operates by building more complex and interconnected brains:

We found 187 independent loci associated with intelligence, implicating 538 genes, using both SNP-based and gene-based GWAS. We found evidence that neurogenesis and myelinationâ€”as well as genes expressed in the synapse, and those involved in the regulation of the nervous systemâ€”may explain some of the biological differences in intelligence. The results of our combined analysis demonstrated the same pattern of genetic correlations as those from previous GWASs of intelligence, providing support for the meta-analysis of these genetically-related phenotypes.

…The finding of neurogenesis gene-set enrichment for intelligence is persuasive, because neurogenesis has been linked to cognitive processesâ€”particularly pattern separation and cognitive flexibilityâ€”in rodent models. New neurons are continually made in humans in the subgranular zone of the hippocampus and in the striatum; in rodent studies, experimentally reducing analogous neurogenesis results in a poorer ability to discriminate between highly similar patterns, whereas increasing the number of new neurons produced results in an increased ability to successfully discriminate between highly similar stimuli.

In other words, bits of genetic material act like computer code, as noted here in an analysis of genetic intelligence:

Now weâ€™re seeing itâ€™s more like computer code. Maybe five genes regulate height. The first determines a loop; the second the chemicals involved; the third a stop point; the fourth a test; and the fifth regulates an increment to that test.

And also in race differences in intelligence:

As the article points out, the differences werenâ€™t dramatic â€” but they occurred in crucial areas, just like the difference between the computer code for a word processor and a database program is mostly the same, but has important details changed. Itâ€™s like saying to person A â€œTake ten of these red pills, and five of the green, after each mealâ€ and to person B â€œTake five of these red pills, and ten of the green, before each mealâ€ â€” small but vitally different instructions.

This explains the educational results described above: genes code for the development of the brain, with many bits working together to produce structures that deliver higher intelligence. While this intelligence can be damaged by mistreatment, it cannot be raised by education, although the Left inverts the argument to claim that education raises intelligence.