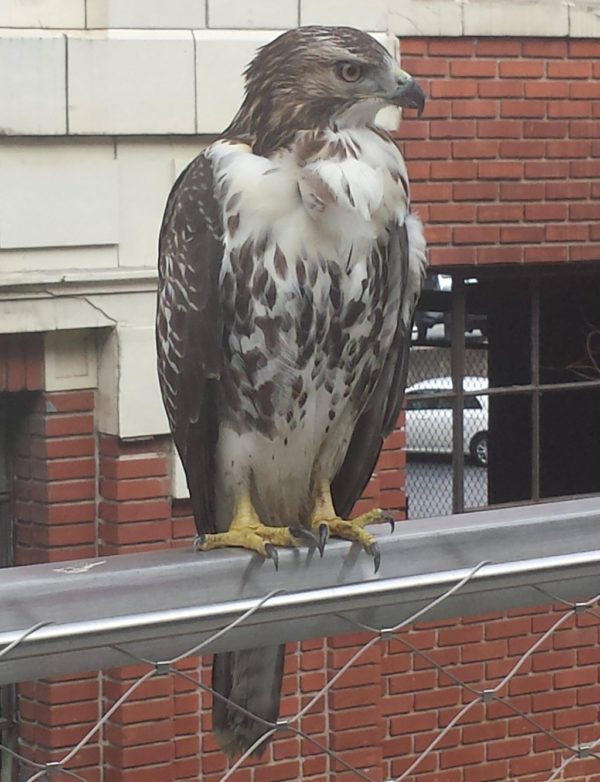 One way you can tell that our society is doomed is that people of the upper half of socioeconomic position are not conversant with the classics, such as Plato’s Republic. It is as if history has literally been deleted because no one is familiar with it, and who has time between work, television and shopping to read some musty old books?

But if the herd had read Plato, and understood it, which most are biologically limited from doing, they would have realized that Crowdism is the father of Leftism, and Crowdism takes on many faces in its mission to wreck civilization. Leftism is just one of those masks, albeit the one closest to the actual idea of Crowdism, which is a human social impulse more than anything else.

As a result, while our current political environment rewards those who point fingers at the obscure, the real developments of our time are entirely linear results of our original decision to “go egalitarian” during The Enlightenment™ and the French Revolution. This includes the rise of the managerial state:

The thesis of this essay is that the theory of the managerial elite explains the present transatlantic social and political crisis. Following World War II, the democracies of the United States and Europe, along with Japanâ€”determined to avoid a return to depression and committed to undercutting communist anti-capitalist propagandaâ€”adopted variants of cross-class settlements, brokered by national governments between national managerial elites and national labor. Following the Cold War, the global business revolution shattered these social compacts. Through the empowerment of multinational corporations and the creation of transnational supply chains, managerial elites disempowered national labor and national governments and transferred political power from national legislatures to executive agencies, transnational bureaucracies, and treaty organizations. Freed from older constraints, the managerial minorities of Western nations have predictably run amok, using their near-monopoly of power and influence in all sectorsâ€”private, public, and nonprofitâ€”to enact policies that advantage their members to the detriment of their fellow citizens.

Currently the managerial revolt is de rigueur as a talking point for people who are looking for something to blame for our civilization collapse. Like “late stage capitalism” and other tropes, this is designed to cast the blame away from the real culprit, which is egalitarianism.

Consider the egalitarian society. Every institution must be made egalitarian, but as this happens, they fail. These mini-collapses occur from the outer periphery toward the core of society, much like circulation failing in a dying patient. As the outer institutions fail, the inner institutions — government, education, lobbyists and media — must become more powerful to pick up the slack.

Before the Great Depression, we could count on our markets to be relatively stable because investment was kept within an informal WASP aristocracy who managed to avoid reckless, trend-oriented investing. After the First World War, an America flush with wealth started bumping people from lower castes to higher classes through the magic of “new money.”

At the same time, the company man was born as unions and socialist thought changed the concept of labor itself. The goal was no longer to own your own business, but to have a job that paid the right amount of benefits, and then you were living the good life. It was a prole party! And then it all came crashing down, as it turns out that the new investors were more reckless than the old.

What does egalitarianism do, admit that its grand plans are not working out so well? Not at all — it doubles down — and so instead of blaming itself, it blames capitalism and offers its solution… more Leftism! Coincidentally, this requires stronger inner institutions, and so a whole layer of charities and independent businesses die out.

Good, think those who are in control. This means people have fewer options and so they will have to do what we want them to do. This is the essence of control; it is the ego trying to master the world, and since it has no positive goal but has a negative goal, namely not wanting to feel powerless, it pursues power for its own end.

The government of the 1930s worked well-ish up through the second world war, but then it became clear that wartime mobilization would be required to fight the Cold War, so the inner institutions agreed on a hybrid of classic American individualism with socialist individualism, and from this came the Frankfurt School, Cultural Marxism and all the other Communism lite variants we know today as “normal.”

When the Soviet Union fell, the inner organizations wanted a way to achieve even more power, so they created the administrative state, a time of unelected lawmaking, and expanded internationally as a means to create a world economic which would force everyone to obey. The “managerial” side of this is that instead of working through outer institutions, governments and their allies now worked directly through stronger central institutions.

At this point, to an observer entirely free of bias, the United States and Europe resemble a hybrid of the systems of the combatants of the last World War. They retain some of their original informal order, which relied on outer institutions including many entirely free of government influence, but they have adopted socialist subsidy systems and a soft totalitarian order.

They have gone down this path because of the wrecking ball of egalitarianism. First, it waged class warfare, and destroyed social order. Then it attacked the family, and later assaulted the notion of a national identity or ethnic component. After that it assaulted heritage and values. Each of these strengthened inner institutions like government and media at the expense of outer institutions.

What this process resembles is an infection more than anything else. The mental virus of ideology began as something to be tolerated, one option for a philosophy. Then it became a trend, where all the hip kids who were united in their dislike of society believed it. As it became popular, finally it became official dogma, and now anyone who deviates will be punished.

The more popular the mental virus has become, the more it has strengthened its hold over the population, and thus we have transitioned from a semi-libertarian state to one that is wholly ideological, with globalism, diversity, feminism, civil rights and social justice as natural extensions of the egalitarian idea to other races, sexes and social classes.

Ideology is a morality. It gains its power by seeming to be “universal,” or accessible to all people. This gives it its messianic character, in that if the ideology is the moral right, it must be spread through propaganda and social pressure to others, so that everyone is doing right.

Its origin in egalitarianism requires this. The original idea of egalitarianism was a seizure of power from the natural leaders of society and transferring it to the mob, a group composed of both the very poor and the fairly well-off who wanted fewer obstacles to their businesses (obstacles that, in retrospect, were a good idea).

The mental virus demands that everyone be brainwashed and mentally controlled by the ideology so that no competing ideals can exist. To those infected with ideology, it is the one right way, and anything but it is therefore evil and must be smashed so that the good ideology can persist. This leads to a raging mob drugged on moral superiority:

With the aid of the media and the Democratic Party, the institutions of the republic are crippled, the levers of power having been seized not by the elected but by the unelected bureaucratic state â€” from ideologues at the Environmental Protection Agency (EPA) to the partisans and paranoid who inhabit our intelligence community.

…This is not the words of a dutiful civil servant but of a partisan tyrant who would see his own view, his own agenda, and his own lens of politics dominate over that of the elected government of the United States. In their minds they are but a guardian of the people, albeit one that must stand up to and ultimately negate the will of that very same people.

…In all of this, the media has abandoned their role as watchdogs with a healthy dose of skepticism and become the propaganda arm of the unelected administrative state, complicit in and even cheering on the actions that have superseded the will of the people.

This is what ideological takeover looks like. We are dealing with a mental virus, not an “it” as a single actor. Government becomes the method of the mental virus just like peaceful protest was fifty years ago. For this virus, everything is a means to the end of the advancement of the virus and no logical consistency is needed.

Now we have a decentralized ideological state. Why have one Party in Moscow when you can have millions of unofficial KGB officers working at every level of society? They receive their orders from the media, then implement the fad or trend of the week, and they inform on those who do not go along.

This is the essence of Crowdism: whatever pleases the herd to believe must be enforced on everyone else, or it might seem weak. This creates a fanatical audience of zealots who derive meaning in life from advancing the justification for their failures in life. This means they must crush all dissent in order to feel good about themselves.

At the end point of such a virus, and we are at peak egalitarianism now, life in society becomes binary. You either go along with the herd and accept the mental virus, or you resist and become an outsider. People think that there are three options — mental virus, opposition to mental virus, and agnostic tolerance of both of those — but really, there is only compliance or apostasy:

Tron Guy took his concerns to the board of Penguicon and suggested adding conservative panels to balance out the left-wing ones. The board told him they did not want to add any panels that would draw controversy.

…When asked over the phone if he is alt right, Tron Guy laughed, describing his political views as â€œmovement conservative with a hint of libertarianism.â€

â€œI am specifically not alt right,â€ he said. â€œI donâ€™t believe in white supremacy or the patriarchy. I have no problems with true equality of opportunity, but social justice is a code word for equality of outcome.â€

There is no way out of this death spiral. It is clear that in 1968 the mental virus took over, and in the 1990s it gained full power, and we are now seeing the results of that with the election of Barack Obama and the consequent emboldening of a new generation of zealots. We either reject the mental virus by rejecting the idea of equality, or it consumes us.