Leftism Is Simply Denial Of Darwin 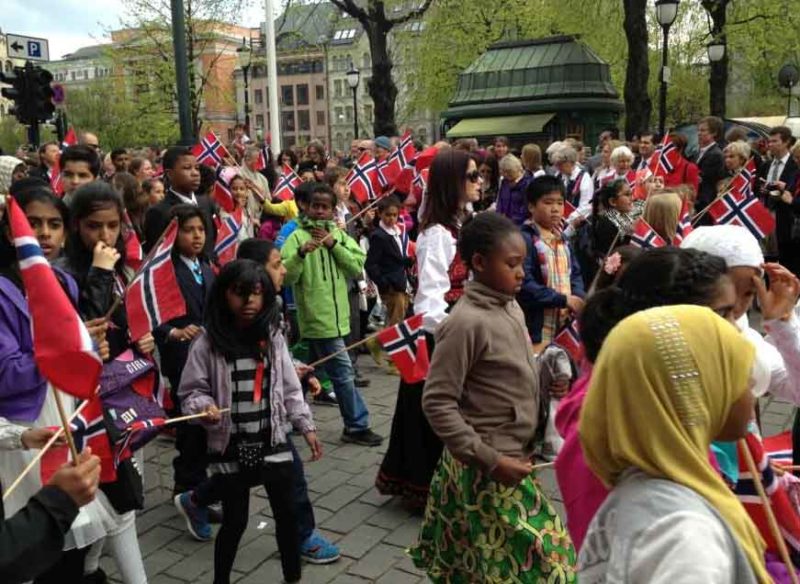 In nature, for every force there is a counterforce, as Newton told us. We know from Schopenhauer that each thing is known only by the existence of its opposite. This tells us the one legitimate use of Leftism: it is a demonstration of what those who want civilization must avoid.

Almost everyone grapples with the question of what Leftism is because very few refuse to treat it as a philosophy and then look at the motivations behind it. Individualism, or “me first” plus “no one can tell me ‘no’,” becomes egalitarianism or equality when applied in a social context.

The individual wants to be equal so that no one can be a recognized authority above that individual, and to do that, the individual must do away with the concepts of hierarchy and superiority in ability themselves. This creates the manic virus of egalitarianism.

At the root of this, as I have said for many years, is a simple fear: individualists fear engaging in some kind of struggle and coming out a loser. That can be Darwinian, where something else feasts on their bodies, or with humans mere socialization, where they lose a notch of social status and someone else gains those points instead.

This fear of natural selection and social selection leads the sheep into authoritarianism as the demand for more equality always increase and yet, because it is an impossible vision, never achieve it and get closer to collapses the more they implement it:

On what principle do they believe that it is a good idea? Why, the equality of all people, of course. Why do they believe this principle is important? In that view, itâ€™s the only way to achieve â€œfreedomâ€ and â€œjusticeâ€ and other â€œgoodâ€ things. Why do we believe some things are good, and some bad? Thereâ€™s this Absolute rule, see, that to respect the life of another is the highest good; you can see it in Christianity, and liberalism. What kind of thinking would motivate this rule? Fear of other people, fear of predation, and fear of death; if weâ€™re all equal, none of us can be interrupted or criticized by others, and thatâ€™s â€œfreedom,â€ remember. What made us abandon the idea of making a stronger, more natural society for this strange plastic equality? Probably the same fear, and the loss of belief in something worth fighting and striving and dying for on a daily basis.

Aha. The root of our modern society, with its egalitarian sentiments, is fear of other people, and fear of being inferior. Fear of being proven, as occurs in nature, unequal to a task, and having a predator walk away in victory licking his chops; fear of having judgment passed over us. Fear of nature as an Order, and the desire to impose our own, based on the individual so that none might fear predation. And what might we call this belief? Well, since it no longer affirms that some things are worth striving for as a whole, and instead relies on defense of what already exists, weâ€™ll call it passivity. Itâ€™s the antithesis of heroism: the belief that nothing is worth sacrificing for on a constant basis.

A true individualist wants no interruption to his individualism, which presents a problem when he confronts civilization. He needs it; it both makes life easier and affords him greater power. He fears loss of status, however, so he concocts “equality” so that he cannot lose status, no matter how much he screws up.

However, equality is a negative theorem and not a positive one. It prescribes what is not to be, not what should be in a constructive sense; equality is in effect a war against inequality, but not a war for something good to come out of equality. Means and ends are the same, and a dead-end closed-circuit feedback loop results.

Natural selection on the other hand forms a positive outlook: it selects for what is good, or at least well-adapted, and does not waste energy on what is not, except perhaps to eat it. A new study suggests that non-egalitarian societies are more consistent with natural selection:

[W]hat happens when inheritable traits are compared between different types of societies, such as one based on merit versus one based on communism? The researchers with this new effort theorized that genetics would play a more prominent role in meritocratic societies than in communist ones. This is because people living in a society based on merit, who inherit skills that lead to success, likely would have more trouble doing so in a society that places more value on group success. To find out if this might be the case, the researchers looked at educational attainment and occupational status of people living in Estonia raised before and after the breakup of the Soviet Union. Prior to the breakup, the people in that country lived under the heavy hand of Soviet communismâ€”after the breakup, the country gained independence and modeled itself on many countries in the West, and became capitalist.

The researchers genotyped 12,500 people living in Estonia and looked at their educational and career achievementsâ€”they then compared the group raised under communism with those raised under capitalism. They report that they found a significant difference. They found, for example, that approximately 2 percent of the variance seen in educational success was due to differences in genetic factors during the Soviet era. That number jumped to approximately 6 percent after independence. The researchers contend that such numbers suggest very strongly that their theory was correctâ€”genetics does play a more prominent role in a society where individual success is based on a given person’s unique attributes than in societies where other factors are at play.

In other words, when you protect individuals from the consequences of their actions, your population becomes less capable. Equality works against natural selection and leaves behind a domesticated, inept, directionless, and dysfunctional population.

Ironically, both the Left and the Right admit this, although they bury the lede ( definition, etymology). The Right argues for economic liberty so that the best may rise, knowing full well that this means a perpetuation of class distinctions through heritable traits, and the Left wails about “social Darwinism” on the Right while simultaneously affirming Darwin as essential, seemingly missing the connection between these two. This study shows that it is not “social Darwinism,” but Darwinism itself, in our competitive societies.

Perhaps even more ironically, the Left has its own form of natural selection, which is socialization. Those who say things that flatter the pretense of others by appealing to their own individualism, when the Left is in power, win. The good Communists and “we are all one” mass media morons get ahead, while the skeptics and realists are left behind.

Another study shows why this is dangerous: excessive social signaling, while it may lead to short-term success, ultimately leads to extinction through poor resource allocation:

Sexual selection favours traits that confer advantages in the competition for mates. In many cases, such traits are costly to produce and maintain, because the costs help to enforce the honesty of these signals and cues. Some evolutionary models predict that sexual selection also produces costs at the population level, which could limit the ability of populations to adapt to changing conditions and thus increase the risk of extinction.

…Here we use the informative fossil record of cytheroid ostracodsâ€”small, bivalved crustaceans with sexually dimorphic carapacesâ€”to test how sexual selection relates to actual species extinction. We show that species with more pronounced sexual dimorphism, indicating the highest levels of male investment in reproduction, had estimated extinction rates that were ten times higher than those of the species with the lowest investment. These results indicate that sexual selection can be a substantial risk factor for extinction.

In simpler terms, if a species invests too much in showing off for the other sex, that burden replaces the task of adaptation itself and the species self-exterminates. This correlates to the human tendency to use social status signaling to raise social status, something to which an egalitarian society dedicates itself.

If we are all equal in society, the only way to rise above is through drawing the attention of others, because actual competence will not be rewarded and is seen as trying to be above the herd, which is frowned upon. This leaves only elaborate displays of interesting conformity to the dogma of the herd.

Individualism produces this state naturally. The individualist, protecting his autonomy at the expense of society, opts for egalitarianism and then becomes enslaved by it when it punishes his individuality, or ability to be effective in some unique role and then be recognized or rewarded for that effectiveness.

Perhaps many human civilizations in the past have exterminated themselves by going down this route, as the accounts of the last days of Rome and Athens suggest. The more individualistic the civilization, the less it pays attention to reality, and the more it focuses on ego-drama, leading to its extinction.