Death Of A Postwar Mythos 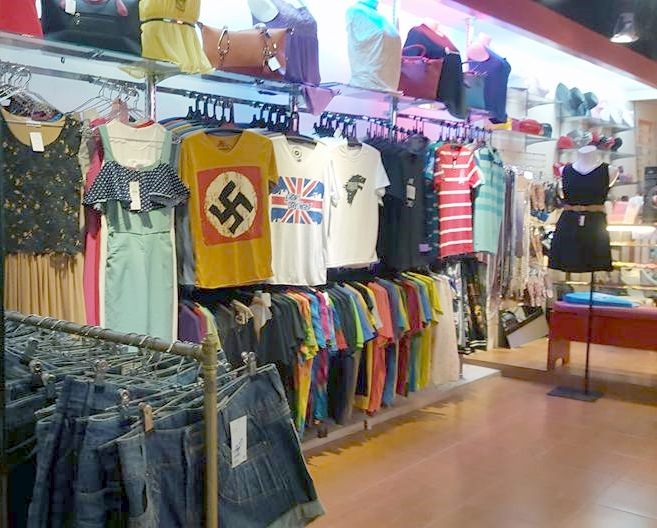 As many of our readers know, I dislike the Holocaust, mainly because if we are to restore Western Civilization — the goal of the Right — we will not do it by scapegoating the symptoms of diversity. We have to go to the source, ripping out diversity and then its parents egalitarianism, democracy, pluralism, and at their root, individualism.

Further, we are not murderers. That being said, the official Holocaust narrative very obviously experienced tainting from the postwar propaganda of the West, which insisted on creating good guy superheroes fighting for democracy against sadistic, unstable, controlling lunatics.

Analysis of that propaganda proves difficult because parts of it are true. Hitler, bless his heart, was an artist, not a philosopher or king. He touched on a lot of things that were realistic, and some that were not, and the latter quickly outweighed the former because it was more digestible to a mass audience.

Consider the 25 points of the NSDAP to see why National Socialist was destined to fail like all other modern systems:

17. We demand a land reform suitable to our national requirements, the passing of a law for the expropriation of land for communal purposes without compensation; the abolition of ground rent, and the prohibition of all speculation in land

This is not to deprecate the nationalist parts of National Socialism. A country defined by an ethnic group, with a strong masculine aesthetic, intolerance of Leftism, suppression of criminals and mental defectives, geared toward an informal warrior elite, is a starting point for a sensible civilization, if it can leave off the modernist aspects.

For those of us who want to inherit the future, it makes sense to take from the National Socialists what they did well, and discard the rest. The Holocaust was clearly part of the rest, and while there are problems with the official narrative, a salient fact remains.

Under German care, Jews were allowed to die in work camps and in the Baltics and Eastern Europe, were shot in front of open pits. Whether this was done by Germans or not, officially or not, the results speak for themselves, including involuntary Jewish eugenics by killing off the less prosperous Jews, leaving only a high-IQ elite.

We can point to problems with the official narrative, which was a joint US-Soviet project designed to enhance sympathy for Leftism and the diversity initiative, which was already expanding in both nations as they tried to recruit former alienated minorities into their armies and governments.

We can also point to the fact that, as always happens with diversity, there were problems with Jewish life in Europe, as Theodor Herzl noted a half-century before: a minority group always acts in its own interests, and so when it is successful, it will be scapegoated in times of trouble.

All of the above belong to that rarest of things, the well-rounded and nuanced perspective, which allows us to state that the Holocaust (like all three world wars, starting with the Napoleonic wars, all of which were quests for democracy) was a bungle and a cruel one.

The original German plan of Jewish repatriation to the middle east made more sense, but somehow was blocked by the Allies, which leads them to share in the culpability for the death of European Jewry. Finally some intelligence happened with the formation of Israel, which ironically was close to National Socialism in structure.

Much of what we know of the Holocaust was constructed from postwar “reconstructions” of events, which led to silliness about lampshades, soap, and gas chambers, when in fact the reality suggests most of the Jewish captives in Germany and Poland died of dehydration and starvation. Diarrhea is less dramatic than Zyklon-B, but just as deadly.

For the ensuing decades, the Holocaust has been used as an argument against not just nationalism but the refusal to admit third-world immigrants. Having strong national populations, Leftists argue, leads us to be prone to genocide, despite the fact that mixed-race countries like Brazil and Mexico have always struggled for stability.

We can see that wherever diversity is tried — Rwanda, Ireland, Pakistan, the Balkans — it ends in misery, warfare, and attempted genocide, often by both sides. Diversity is the culprit behind the Holocaust and so obviously cannot be its solution!

As we gather to commemorate the Holocaust, as I do much as I honor the other war dead, it is important to remember that in the ensuing time, two things have happened: memories have faded, and diversity has revealed its failure yet again. This has had the effect of diminishing the Holocaust mythos to our greater loss:

But a survey released Thursday, on Holocaust Remembrance Day, found that many adults lack basic knowledge of what happened â€” and this lack of knowledge is more pronounced among millennials, whom the survey defined as people ages 18 to 34.

â€œAs we get farther away from the actual events, 70-plus years now, it becomes less forefront of what people are talking about or thinking about or discussing or learning,â€ said Matthew Bronfman, a board member of the Conference on Jewish Material Claims Against Germany, which commissioned the study. â€œIf we wait another generation before you start trying to take remedial action, I think weâ€™re really going to be behind the eight ball.â€

From the Holocaust we can learn that diversity was the cause and Israel was the solution. We can also learn that repatriation is infinitely preferable to genocide, which not only is anathema to the European soul, but something at which we are uniquely inept. Jews are stronger after 1945 than before 1939, thanks to Hitler.

We can also see the wisdom of nationalist brotherhood worldwide. The Jewish people will never be safe until they have a national homeland, Israel, which is protected from the utter lunatics nearby who wish to exterminate it, as well as those who scapegoat The Eternal Jew instead of admitting that Western egalitarianism has been our downfall.

At the same time, we must acknowledge that the Hitler era is passing into history. For all that was good and bad about it, it did not solve the problem of civilization decline, and it was not able to restore Western Civilization. That task remains for us, and we can add the Holocaust to the list of failed solutions.

Leftism Is Simply Denial Of Darwin | In The Fall Midterms, The GOP Deserves A Minimum Loss of Eighty Seats