Learning to stand up for ourselves 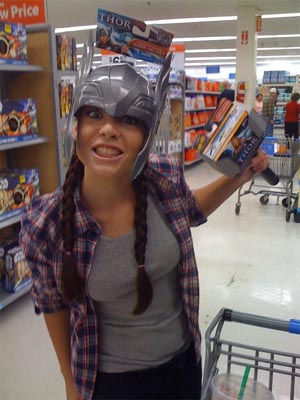 In a socially-determined civilization, which is what happens after you’re done with leadership by the best and the military, those who deny anything to others are unpopular.

We value sluts, altruists, philanthropists, and political leaders who demand everything for us at all times. They deny us nothing.

(Of course, as Greece is finding out, they’re really good at spending money they don’t have, because as a politician to endorse cutting those same benefits is political suicide. The state is a cart without a driver.)

The worst is if you have no good excuse. If you’re rich, and some other guy is poor, who are you to deny him $20? Him and his 4.7 million friends?

Learning to stand up for ourselves is one of the hardest tasks a modern person has to do. Saying, “No, this is mine — I made it or received it from my ancestors, now go play with what your ancestors gave you.”

So not only are we standing up to our peers, and the people we’ll be interacting with on a daily basis, but we’re refuting what government, industry, “professional help” psychologists, Hollywood stars, Bono from U2, Dr. Phil, etc. tell us to do. It’s like we’re holding back the world with a finger.

But for those of us who have risen above the rest, we need to learn to stand up for ourselves.

For one thing, most situations, countries, people and groups are mediocre. Evolution occurs because a few broke away, did better things, and so came to rule over the rest. Smart people in charge means more productive societies. It also means those smart people shape the rest and make them smarter.

In addition, if we don’t stand up for ourselves, they’ll inundate us. We are few; they are many. They will come and take everything we have, then march us to the Bastille and behead us with guillotines when the resources run out. The reason they are not us is because they did not take charge of their lives, so they’re always blaming someone else, or maybe because they’re always blaming someone else.

President Shimon Peres is concerned that Israel might become a binational state, in which case, he warned, it would cease to exist as a Jewish state.

“I’m concerned about the continued freeze [in the peace talks],” Peres said to people who visited him this week. “I’m concerned that Israel will become a binational state. What is happening now is total foot-dragging. We’re about to crash into the wall. We’re galloping at full speed toward a situation where Israel will cease to exist as a Jewish state.” – Haaretz

WWII proved that you need a state for any ethnic population.

You can either have:

We need a Jewish state like we need a German state, a Dutch state, and a Maori state. Each ethnic group needs its own state.

Is Belgium going to break up? A party which would like to see just that scored big at the polls on Sunday, putting a new emphasis on the long-simmering tensions between the country’s Dutch- and French-speaking populations.

The New Flemish Alliance (N-VA), a party that has called for independence for the Dutch-speaking Flanders region, became the largest single party in parliament. With 27 seats, the party will hold about one-fifth of the power in the 150-member law-making body. In Flanders, the party scored more than 30 percent of the vote, beating out the conservative Christian Democrats. Meanwhile, the right-wing, separatist Vlaams Belang party scored 12.5 percent of Flemish votes.

For one thing, N-VA offficials have been very public about the fact that they desire an independent Flemish state and the division of Belgium. Flemish nationalists and French-speaking Socialists have ideas about how to reform the country that couldn’t be farther apart. The N-VA supports a loose federation for Belgium and an end to Brussels’ special status (as the only region in the country where people can vote for Dutch or French-speaking parties) whereas the Socialists want to strengthen the federal state and expand the Brussels region. – Der Spiegel

The Socialists always want to destroy culture, because that leaves us with only orthodoxy and dogma, and since socialist dogma is “accept everyone, give everyone free stuff, and all will be peaceful” they tend to win out at the elections. Remember that half of the population is below 100 IQ points in most nations.

But what about when you don’t need dogma? The nationalists are just pointing to facts: these are two different groups. They’ll only be happy when each has self-rule. That way not only will they not blame each other for their problems (like Germans and Jews, Northern Irish Catholics versus Protestants, African-American and Hispanic gang wars in the USA) but they will each be able to put their effort back into their own community.

Every community is a form of identity and also, a knowledge of what activities that culture values. It’s a place to call your own where you fit in and are celebrated for being a good example of what that culture is. It’s a place where even if you don’t trust everyone, you can trust more than in any other circumstance, and you at least know how they think.

For the same reason people are most comfortable with their families, people are most comfortable with their ethnic groups. They know the rules, the ideals and the methods. There is a sense of community, of everyone taking care of each other. They don’t need complex politics or other illusions to control each other. Everyone just cooperates, because they are more similar than different, and their effort goes to strengthen themselves as a whole and as individuals.

Since 1789, European liberals have fought the idea of nationalism. It stands in the way of the Socialist State. People who are content, have culture and are happy with their place in life have no need for ideology and the politics of resentment it proposes. That would put the Socialists out of business, and they do seem to think about money a lot.

Zionists, Flemish nationalists, Black Panthers and nationalists of every ethnic group are partners in this struggle: we want nationalism for all, and no need for these parasitic political dogmas that killed so many people in the last century. Let’s get rid of the artificial way of life, and rediscover who we are instead.